Seattle industrial'sÂ got strong fundamentals, but institutions competing for properties have made it tougher to make moneyÂ on existing assets, PPRneconomist Shaw Lupton tells us. That means the marketâ€™s ready for development. (Wake up your backhoes.) Hereâ€™s why. 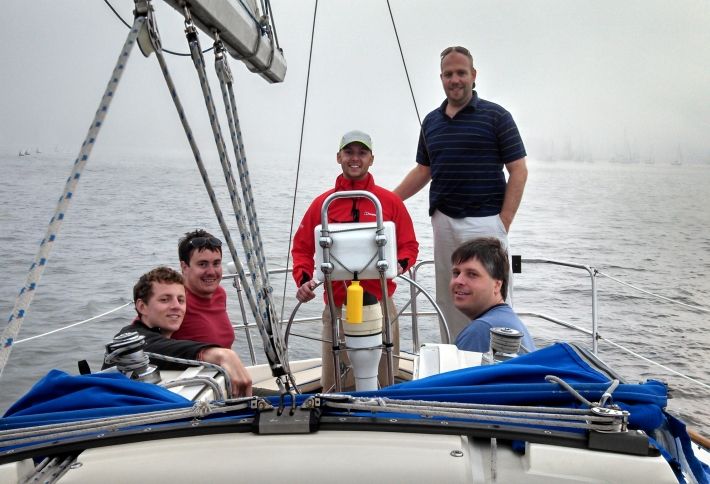 At 5.9%, vacancies in the Seattle warehouse market are a full two percentage points below the national average, Shaw tells us (he's the one at the wheel, sailing with colleagues late in the summer--and you thought your happy hour was adventurous). Not only that, Seattle asking rents posted gains of 3.2% year-on-year, with more above-trend growth on the horizon. A lot of industrial markets will face rent roll-downs in 2014, while five-year leases signed at peak rent levels in Seattle in 2008 should roll flat to market this year, and begin rolling up to market rate next year, Shaw says. Seattle industrial is an institutional darling these days, and pricing and liquidity have perked up rapidly in response. At $859M, investment in the 12 months ending in Q3 came close to the previous peak ($998M in the 12 months preceding Q1 '08). While the cap rate of the "average" asset is roughly 7%, institutional-quality assets are trading at a 6.3% on average.

3) Developers should get busy Investors who buy into Seattle's cap rates today believe in the market's growth potential, Shaw says. Fundamentals are sound, and rents, NOIs, and capital values all carry upside, but the market also carries development risk. "Looking at yields in Seattle, it might be time to break out the shovels," he explains. "For developers who are ready to break ground, now's the perfect time in the cycle to realize development returns before the inevitable supply wave crests." (Supply wave surfing is only slightly less dangerous than windsurfing.)