A booming market means opportunities for developers and brokers, but it doesn't mean "no problems," as the speakers at Bisnow's Seattle Construction and Development Summit explained. Challenges remain. 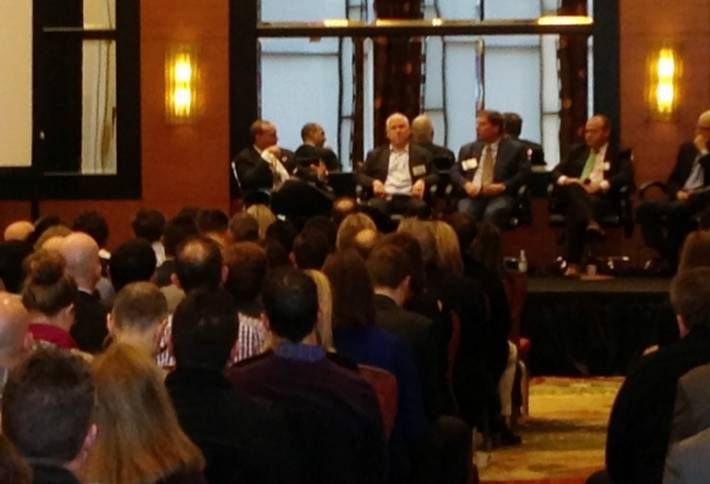 The cost of building a unit of housing is about 35% more now than it was only three years ago—a rise that's been driven by construction costs, but also fees, land costs and the process of entitlement, among other things. That means developers need to be efficient to meet the demand for housing and other space that hasn't been met. A roomful of real estate pros came to the event, which was at the Renaissance Seattle. 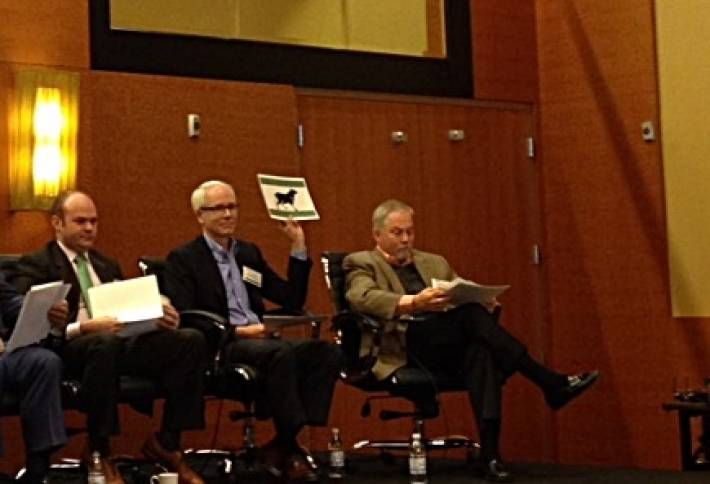 Snapped: Mack Urban senior development manager TJ Lehman, Wright Runstad & Co president Greg Johnson and Holland Development president Tom Parsons. Still, our speakers pointed out, Seattle has a robust construction labor force, and while things are tight, we don't have the labor shortages that other markets have. In some markets, shortages are delaying projects by a few weeks or even months. Labor here does, however, have stronger pricing power, and that's putting the squeeze on affordable housing development especially, because there's no such thing as an "affordable drywaller" or an "affordable carpenter" vs. market-rate drywallers and carpenters. 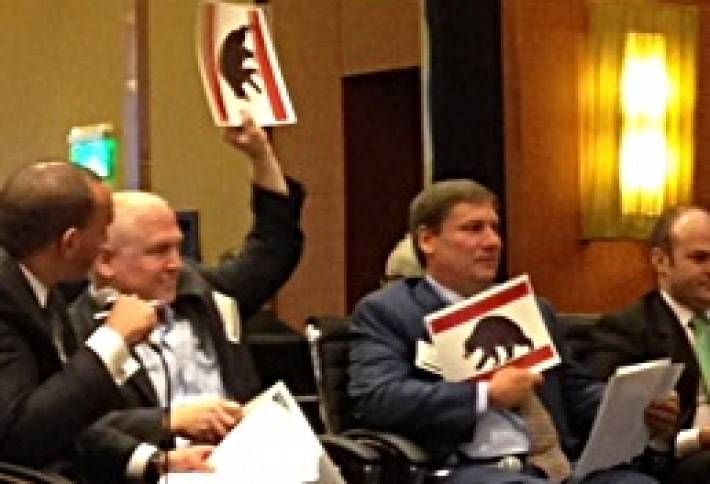 Relay senior partner Michael Orbino, who moderated, Swinerton division manager Dave Worley, and Urban Renaissance Group and Touchstone CEO Pat Callahan. One problem with a boom is it doesn't last forever. One factor in determining the future of growth in Seattle is whether local government remains generally reasonable and pro-growth as it has been in recent years, the speakers stressed. Also, as long as Seattle retains its quality of life, it's going to be a magnet for human and business capital, which makes for solid growth, as people leave larger companies to start their own. 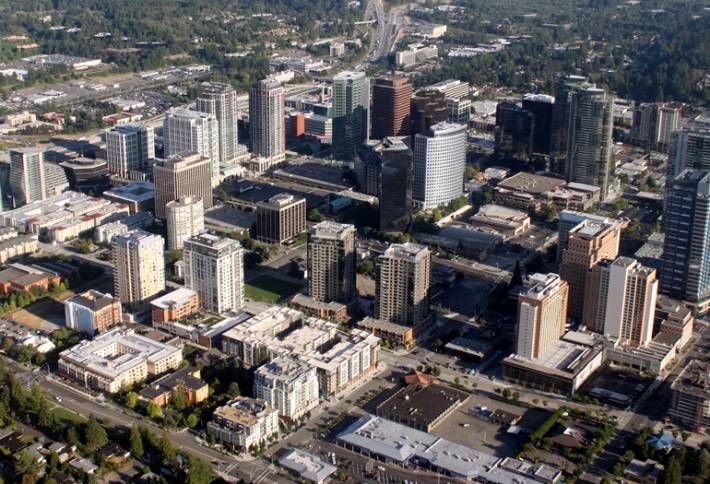 Another challenge: keeping those Millennials happy. So far, so good for Seattle, our speakers said. The pattern of growth in the Puget Sound area has been one of an expansion of Downtown Seattle, both to the north and south, which is happening everywhere in successful cities in which Millennials want to live. The region's expansion also means urban nodes are growing in suburban locations. Downtown Bellevue (pictured) is the best example of that in the Seattle area, the panel asserted. Twenty years ago it felt like a suburb, but now there's a walkable center with access to transit. That's the way of future growth.