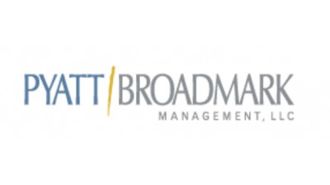 Nearly three years ago, Petra general contractors started work on Mirror Lake Village. The development in Federal Way, Washington, is to become an assisted and independent senior living facility with 114 units and a finished project value of $36.8M.

After self-funding for six months while trying to close a conventional loan, the development team members learned the financing they expected fell through. They needed to find financing elsewhere.

In July, the project secured a construction loan of $21.6M from Pyatt Broadmark, a lending REIT specializing in financing large development and construction projects throughout the Pacific Northwest. Pyatt Broadmark closed the deal 30 days after the initial contact with the project opportunity. Financing was arranged by Glacier Real Estate Finance, based in Seattle.

“The Mirror Lake Village deal gave us an opportunity to shine on a project that lost financing at a critical time,” Pyatt Broadmark's Ryan Good said. “Hard-money construction loans can be useful for projects that require a larger senior loan position in the capital stack.”

A hard-money loan is a tool for investors and developers to gain additional financing. These loans differ from traditional bank loans because they are determined by an estimate of the property’s eventual worth, as opposed to the borrower’s credit.

“Pyatt Broadmark differentiates itself through the ability to close larger loans,” Pyatt Broadmark’s Mike Incrocci said. “We lend our money, no leverage and no lines of credit.”

Just two years ago, a conventional loan would have been accessible for a project like Mirror Lake. But today, alternative financing is an attractive option for projects requiring more than $10M and anything more than 65% loan-to-cost. Pyatt Broadmark does not have LTC limitations since it lends based on property value.

Banking guidance for commercial real estate lending is still defined in a 2006 paper issued by the Federal Reserve. There are two key restrictions on member FDIC banks making commercial real estate loans, and specifically construction loans. The first is a paper issued by the Federal Reserve back in 2006, which lays out banking guidance for lenders. The second restriction comes from additional Basel III requirements introduced in 2015. Under this rule, which is largely a response to the credit crisis, banks are required to hold 150% of capital on a high-velocity commercial real estate loan. As a result, CRE loans from conventional banks have become increasingly more difficult to write.

“Private lending companies are becoming more feasible as traditional debt-to-equity structure changes," Incrocci said. "Most conventional debt will max at 60% LTC or less. In certain situations, we have done 90% [and above] LTC, which often requires less equity raised compared to conventional loans and allows the developer to retain more ownership over the project."

This feature was produced in collaboration between Bisnow Branded Content and Pyatt Broadmark. Bisnow news staff was not involved in the production of this content.

Pyatt/Broadmark
Pyatt Broadmark Management specializes in hard money loans in Seattle and for Northwest real estate investments. Because we are a private lender, we demonstrate an agility that is absent in traditional lending institutions. We understand that speed, efficiency and flexibility are essential to compete in a dynamic market, and we take pride in a lending process that matches the pace of today’s real estate investor. Pyatt Broadmark Management is a Pacific Northwest lending REIT with more than $310 million in assets under management (“AUM”). The Broadmark Family of Funds lends in Washington, Oregon, Idaho, Colorado, Texas, Utah, Georgia, Tennessee, North Carolina, and South Carolina and has cumulative AUM of $579 million.
Confirmed! You are subscribed to the Bisnow Seattle E-Newsletter.
Most Read Stories
More Top Stories
Bisnow Seattle Newsletter
Bisnow Seattle Newsletter