In one of its most extensive forays into senior housing yet, Cahill Contractors will finish construction early next year on the Frank Residences, a new $140M, 190-unit senior living community taking shape in San Francisco's Excelsior neighborhood. 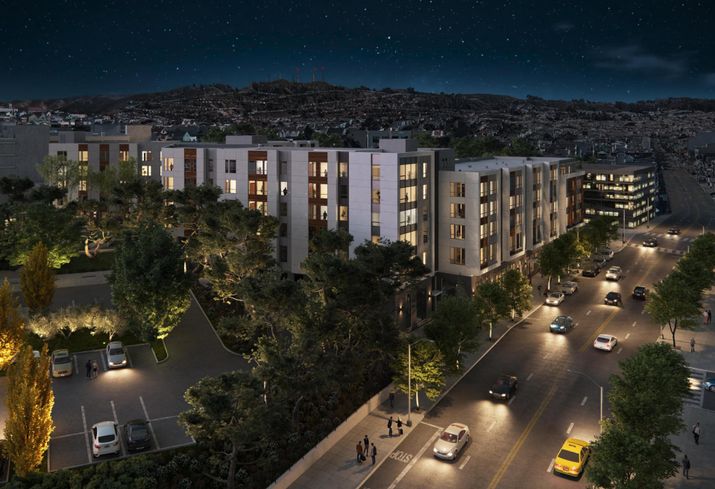 Though the project, a 270K SF expansion and renovation of the existing San Francisco Campus for Jewish Living, is unusual for its location and its status as market-rate rather than affordable, the Frank Residences aren't much of a stretch for its GC.

Many of the amenities offered in Byer Square will be open to the public on a membership basis, according to Staci Chang, director of marketing and communications for the San Francisco Campus for Jewish Living.

The nonprofit at 302 Silver Ave. already has over 350 units for short-term rehabilitation. But it quickly recognized a need in San Francisco for longer-term assisted living, especially market-rate and without exorbitant entrance fees often in the high six-figures that often come with the living arrangement, Chang said.

"In San Francisco, aging is much harder for a lot of reasons," she said. "There's a shortage of memory care places in San Francisco and the Bay Area."

Of the 645 affordable housing units produced in San Francisco in 2018, none were senior housing, according to a report from the San Francisco Planning Commission. Moreover, the SFCJL's expansion is the first new large, market-rate senior housing project to break ground in S.F. in decades.

"We build quite a bit of multifamily housing, and in many ways senior housing is just a natural extension of that work," Allison said.

A big difference in senior housing, however, is the scale of amenities and open space, which is especially the case with the new Excelsior addition. A central component of the Frank Residences will be Byer Square, a 45K SF community center with a theater, swimming pool and fitness center, among other amenities. 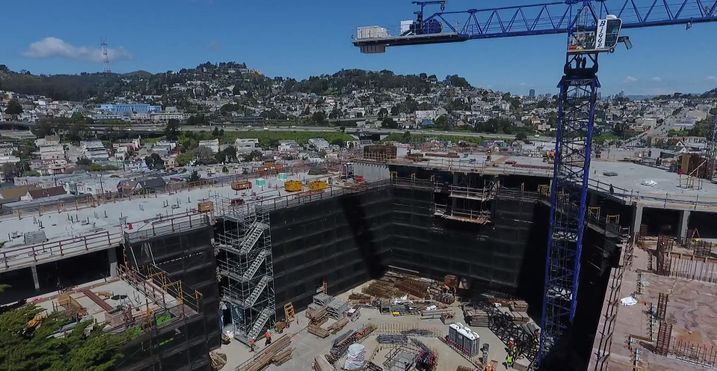 San Francisco is expected to have one of the largest increases in people aged 60 and older in the state in the coming years, according to data from the California Department of aging.

Through a loan from Cal-Mortgage and donations, Frank Residences funded 113 assisted-living apartments, 77 memory-care suites, the new community center and a renovation of the preexisting facilities.

Rents for studios start at $5,400, well above even San Francisco's market rate, but it includes meals, access to Byer Square's amenities, utilities and on-site healthcare, among other amenities. The pricing structure eschews any large upfront fee. 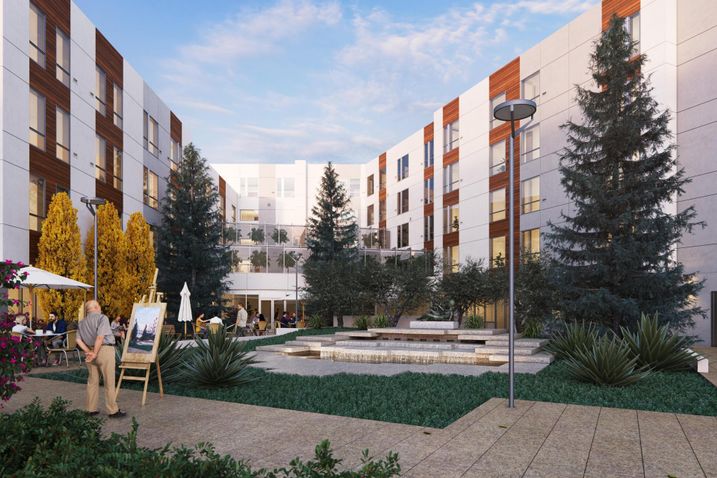 While the nonprofit has yet to start marketing its 77 memory-care units because of the immediacy of the need of those residents, often people with Alzheimer's and dementia, it began reserving its assisted-living apartments earlier in the year. About 70 were reserved as of last month, Chang said.

All told, the new community, designed by Ankrom Moisan Architecture, will add as many as 150 full-time jobs.

Cahill, which has another senior housing project opening next year in Walnut Creek in addition to one in S.F. that recently broke ground, will continue taking on the senior housing market, Allison said.

As baby boomers continue to age into the property type, and as the Bay Area population grows, the need for senior housing in the region will likely remain.

"We see it as a growing need in our society and believe it's going to be a strong market for the foreseeable future," Allison said.