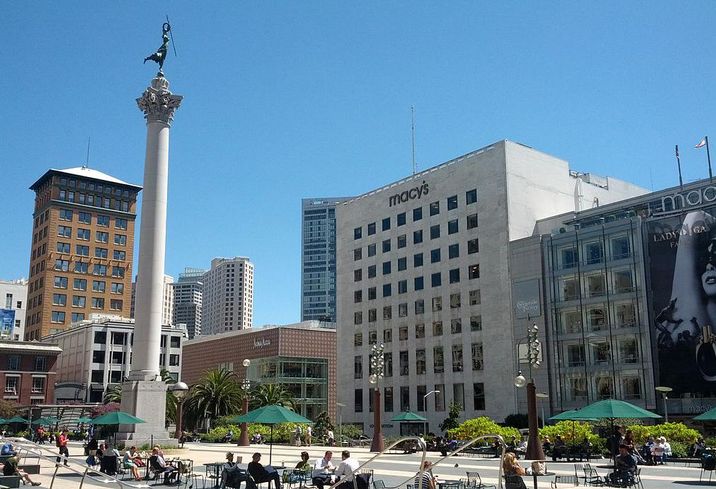 National retail's struggles appear to finally be catching up with San Francisco, and the city's changing demographics, burdensome economics and transforming neighborhoods demand entirely new ways of thinking from retailers, according to retail brokers.

But even though retailers can't escape those realities, e-commerce's rise or the city's increasing homelessness, many brick-and-mortar stores in the city are still finding paths to success.

San Francisco has even become one of the most popular destinations for the clicks-to-bricks retail movement that JLL predicts will intensify. The company reports that current e-commerce retailers plan over 850 physical stores in the U.S. in the next five years, and that San Francisco tied with Los Angeles as the second most popular spot where e-commerce retailers opened up their first physical location in 2018 (behind New York City).

Nonetheless, those that are trying are finding it much more difficult than they would have earlier in the decade, Maven Retail partner Pamela Mendelsohn said.

"It's not easy to be in the retail business right now," said Mendelsohn, who will be a panelist at Bisnow's upcoming The State Of Retail In The Bay Area event Aug. 1. "Some of the internet companies that have been saying they want to do retail are really struggling to figure it out."

Those that have figured it out in San Francisco include eyeglass retailer Warby Parker, which has two S.F. locations, and shoemaker Allbirds, which operates a Jackson Square store. Companies like Allbirds have found success by adapting to San Francisco's new playing field (in addition to offering already wildly popular products), according to Mendelsohn.

"I think Allbirds has been really smart about how they do online and how they do their brick-and-mortar [retail]," she said. "Today, retailers really need to have a point of view and a story, and I think people like their story, in addition to liking the comfort of their shoes."

With millennials doing well over half of their shopping online, retailers also need to provide a reason for the city's disproportionately millennial workforce to actually walk through the doors in the first place, several brokers point out. To do that, experiential retail, pop-up stores, quality food and beverage services, and fitness centers have been good retail bets in San Francisco.

In October, immersive entertainment company Onedome opened 20K SF on Market Street for augmented-reality and immersive art exhibits like The Unreal Garden and LMNL. In addition, fitness studios have continued their run of success in 2019. Just in the Castro this year, a new CorePower Yoga and a new Barry's Bootcamp have already opened up.

To survive, traditional retailers — like those selling apparel or appliances — have also needed to adapt, offering customers an experience distinct from what they would find if shopping online.

"What is working is changing," Colliers International Executive Vice President Julie Taylor said. "The majority of businesses that have lines out the door that are really, really thriving are located downtown and serving the millennial workforce."

Taylor, who is worried about the health of San Francisco's retail, also points out that new retailers in San Francisco are as dependent on the state of their chosen neighborhood as ever before. Proximity to transit, which was once a desirable quality, has hurt some San Francisco retailers as many of the city's homeless citizens sleep in transit stations, she said. Shops in locations more removed from the city's public transportation system have seen a less visible rise in homelessness.

"Retailers are still successful in The Marina and in Pacific Heights," Taylor said. "The most convenient retail, which is proximate to the Muni Subway and BART, are in areas that have been the most punished."