Consumers worried about the transmission of the coronavirus have been turning to contact-less grocery delivery services to make sure they have the supplies they want on hand. But limited inventory has begun to squeeze shoppers used to same-day service, with some services showing no delivery windows for at least five days.

Online grocery delivery service Instacart began staggering deliveries by days in at least some markets, and competitor Fresh Direct had no delivery openings in some parts of the East Coast on Sunday evening, as shoppers emptied out shelves and inventory ran low. 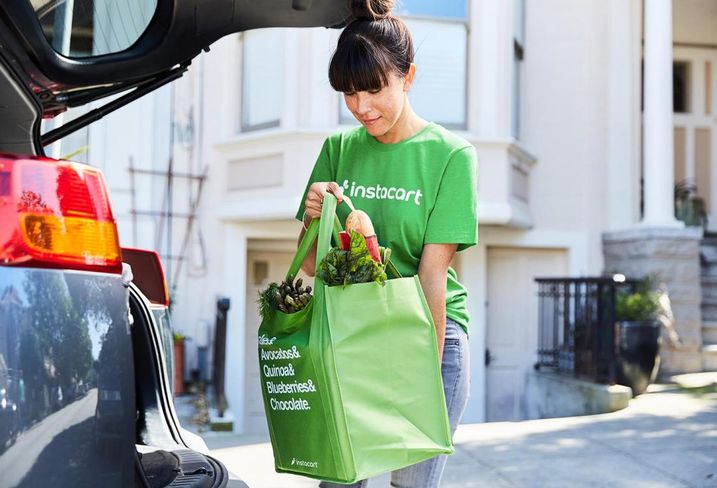 Some Amazon members looking to use the site's popular Prime Now service are now greeted by a notice saying delivery is limited in major metro areas, including the Bay Area, Chicago, New York City, Seattle, Boston and Miami. Amazon Fresh showed no delivery times available for large chunks of the Bay Area.

Instacart, too, is limiting what days shoppers could receive deliveries in the Bay Area, a reporter found, while Fresh Direct showed few or no delivery openings across the East Coast, including Brooklyn and Queens in New York and parts of New Jersey.

"With the purchase of more bulk items, busier stores overall, and longer check-out lines, we’re leaning on the flexibility of our dynamic delivery model to meet the needs of our customers," Instacart said in a statement to Bisnow. "In some markets, based on overall demand, our customers may see delivery availability vary during busier request windows."

The move capped days of unprecedented buying sprees across many American grocery stores, as shoppers sparked by fears about shortages during a potential coronavirus quarantine loaded up on staples.

There are 3,100 confirmed cases of coronavirus across 49 states, The New York Times reported late Sunday. The Centers for Disease Control and Prevention recommended Sunday that no gatherings of more than 50 people take place in the U.S. in the next eight weeks, and several areas, including California, recommended that people age 65 and over stay home until further notice. States including Illinois and Massachusetts have restricted restaurants to delivery and takeout only.

Shoppers on Instacart have seen the following notice on the site since Friday, and as of late Sunday, slots for delivery were limited to several days out.

“Due to high demand, some stores are running low on certain items (such as hand sanitizer). We’ll try our best to complete your order and offer the best replacements possible.”

An Instacart spokesperson told Bisnow it saw its growth rate surge 20 times higher over 72 hours in some coronavirus hot spots, including California, Oregon and Seattle. The company has not released updated figures from the time period immediately following the Trump administration's declaration of the pandemic as a national emergency last week.

Requests for comment from Amazon, Fresh Direct and Walmart were not immediately returned.