As vice president of global workplace services for Okta, a publicly traded, San Francisco-based cloud software company, Armen Vartanian has to look ahead. 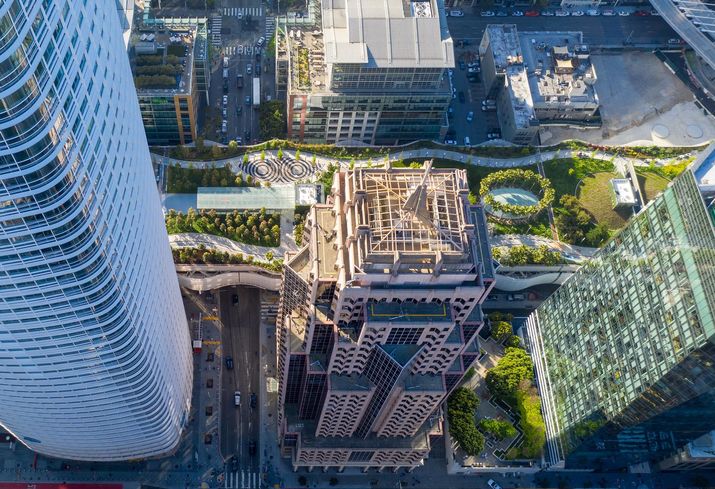 Courtesy of Droneshot
Next to Salesforce Tower, 100 First St. is owned by Kilroy Realty and occupied by Okta

What he sees, starting with the San Francisco Bay Area but heading to most major markets, is an amalgam of new software capabilities, macroeconomic factors and demographic trends changing the way companies operate.

"A number of things are shifting," said Vartanian, who will be one of several panelists at Bisnow's Bay Area State of Office event Sept. 26.

"We have an antiquated practice of hiring people where our office locations are, but with the housing supply fixed and transit infrastructure not supporting population growth, you get this imbalance of cost of living to wages," he said. "We're enabling our employees to work in a far more flexible environment."

Fewer employees in offices means less real estate to pay for, and is partially a result of an intensifying cost-wages imbalance. But Vartanian said remote work also stems from a preference for flexibility shared by many of the 70% of Okta employees still working in an office. 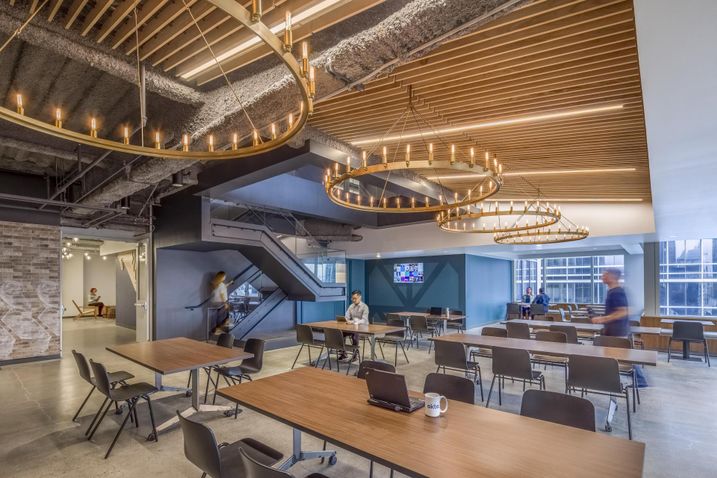 As a result, Okta, which takes up 210K SF across 10 floors at 100 First St., builds its offices for what Vartanian calls "dynamic work," which is meant to give workers flexibility from within the office. "That means providing a variety of environments from which to work in an office rather than just one desk, and having the infrastructure to get your job done, allocating less square footage to desks," he said.

Relatively new products like Slack's workplace messaging, video conferencing and various cloud-based offerings allow for a de-emphasis on traditional desk or benching systems. "For this first time in history, there's this stack of core technologies that's available to enterprises to get work done anywhere," Vartanian said.

In a wider sense, the need for flexibility is also affecting important leasing decisions by large companies, especially in the Bay Area, he said. 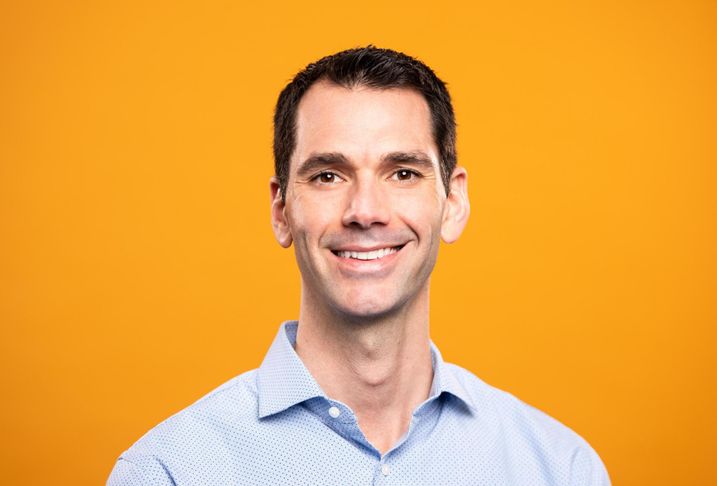 Pointing to his time as global head of real estate for LinkedIn, Vartanian thinks more companies will pursue bifurcated and trifurcated headquarters as they seek nodes both in S.F. and the South and East Bays. As a pioneer in this strategy, LinkedIn has a significant office presence in both San Francisco, with all 450K SF of 222 Second St., and the South Bay, with a 1.1M SF HQ redevelopment recently approved by the city of Mountain View.

Vartanian brought the same strategy to Okta soon after he joined in 2015. The company currently has 40K SF at 300 Park Ave. in San Jose, where it originally leased 20K SF in 2016.

"Infrastructure can't support the growth in population and jobs in the area, and you have fixed constraints on office development," he said. "San Jose has done a really good job of opening that up, but with San Francisco and Prop M caps, there's not going to be a lot of new commercial office development here."

In addition to driving more diffuse headquarters, San Francisco's lack of space is also leading businesses to decide buying rather than renting is the more sound long-term decision. Vartanian thinks this trend — currently led by Kaiser, Salesforce and Juul, according to San Francisco Chronicle reporting earlier this week — will continue.

"With rents rising, I think you'll see companies thinking more of owning versus leasing, especially in strategic locations," he said.