Check Out The Latest Big Tech Lease In Bishop Ranch 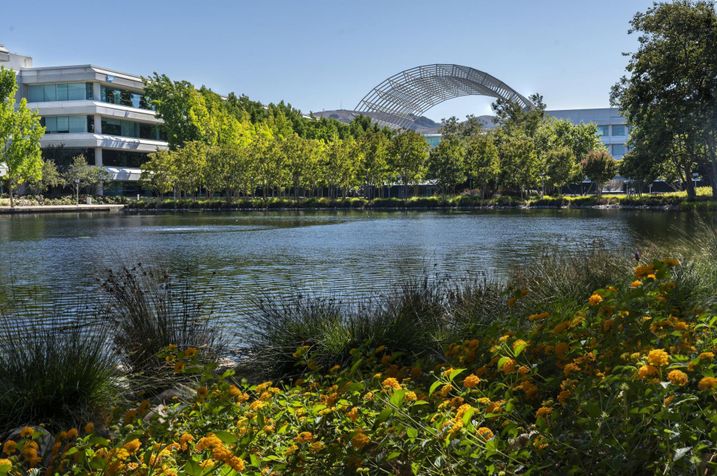 Multinational software provider SAP, an existing tenant at Bishop Ranch, has expanded its lease there by 90K SF, the two companies said on Monday.

The deal brings SAP's presence at 2600 Camino Ramon in San Ramon to almost 235K SF and comes on the heels of a strong year for Bishop Ranch. Bishop Ranch is owned by its developer, Sunset Development Co., and MetLife.

New leases and renewals at the complex totaled almost 1M SF last year, according to Sunset Development, which says SAP's new lease brings it to 94% occupancy.

“SAP’s expansion is an example of the steady growth at Bishop Ranch by tenants both large and small,” Sunset Development President and CEO Alexander Mehran Jr. said in a statement.

Recent arrivals to Bishop Ranch, which totals 1.8M SF of office space, include video game developer Striking Distance Studios, which leased 25K SF last year, and WeWork, which leased 86K SF in March. Both joined a litany of well-known companies in addition to SAP, like AT&T, Bank of the West and Armanino.

SAP's expanded lease marks its latest move in an ongoing effort to balance its Bay Area footprint between three campuses, SAP Global Real Estate and Facilities Director Dwain Christensen told Bisnow in an email. In addition to San Ramon, it has a presence in San Francisco and Palo Alto.

"The Bay Area is an important location for SAP, so we need to ensure that we attract the best talent, regardless of where in the Bay Area they live," Christensen said. "It’s a fine balance between offering our employees convenient office locations close to home and not spreading out our more than 4,000 person workforce too thin."

SAP first established itself in Bishop Ranch in 2015. Its expansion, which will accommodate employees moving from a former Dublin, California, office location, will provide room for over 700 employees total, according to Christensen.

The Tri-Valley has seen some of the Bay Area's fastest recent economic growth, including Sunset Development's other major project, City Center Bishop Ranch, a $300M shopping center it opened near Bishop Ranch in late 2018.

Office rents in San Ramon and its neighboring submarkets come at a notable discount to those in San Francisco and Oakland. In Q3 2019, average asking rents for Class-A office space in the Tri-Valley region came in at $38.52, according to Kidder Mathews.