San Francisco's asking office rents continued to climb in the fourth quarter as the city saw its lowest leasing volume in three years, according to a report from brokerage Newmark Knight Frank. 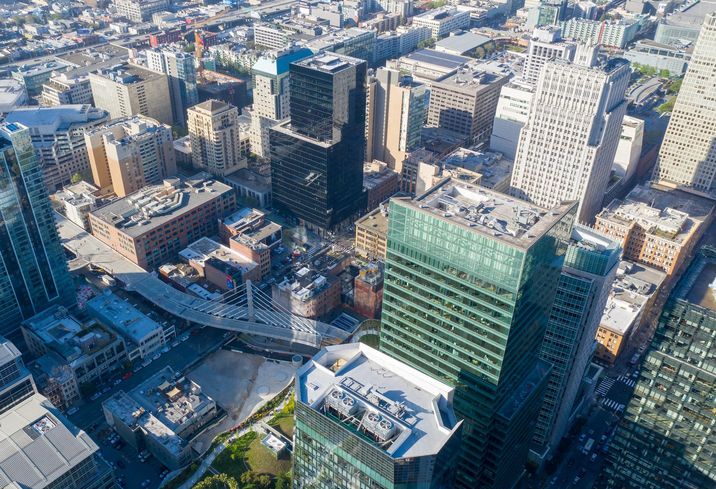 Average asking rents climbed 5.7% year-over-year to $87.22 per SF as fourth-quarter leasing volume of 1.6M SF dipped to its lowest number in more than three years, according to the report.

In general, leasing activity tends to slow at the end of the year, according to Newmark Knight Frank San Francisco Director of Research Andrea Arata.

Both explanations — time of year and space-availability — hint that increased activity will come next, Arata said. While most office space under construction (84%) is either pre-leased or rumored to be so, some companies made large blocks of space available for sublease last quarter.

Largest among them is Uber, which has reportedly made its four offices along Market Street available as it prepares to move into its new Mission Bay headquarters this year, adding nearly 730K SF of space available for sublease.

With sublease space like Uber's not move-in ready until at least Q4 and some of the office space breaking ground this year already claimed, Newmark Knight Frank expects demand to continue outpacing supply until at least 2022 or 2023.

"Obviously, we don't have a crystal ball," Arata said. "But based on demand still being over 8M SF, far more than available supply, I think we're going to see a little more activity in the coming weeks."

Even with the decreased volume, some big deals happened. The largest came in November when Visa committed to over 300K SF at Mission Rock.