The Biggest Opportunities, Challenges in Meeting the Demands of Creative Office

There are particular challenges to meeting the needs of tech companies while also helping them find or design the space they want. At Bisnow's San Francisco Creative Office & Tech event, about 330 industry leaders came together to hear from our expert panelists about current trends in office development and leasing. 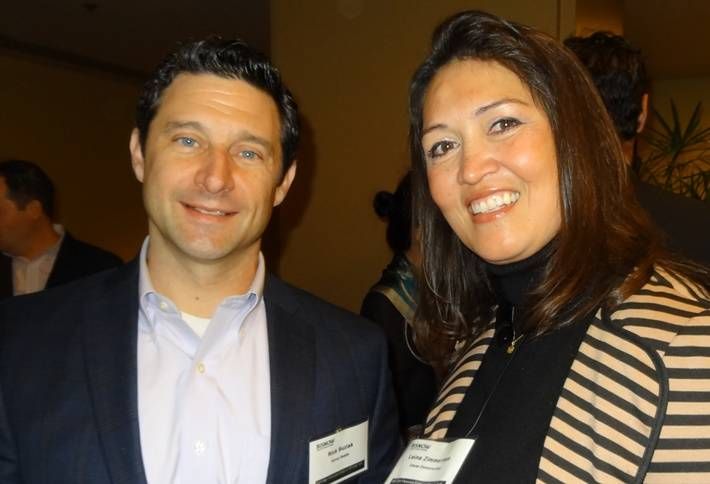 If open offices and collaboration were Office Trends 1.0, then version 2.0 is a focus on total work environment, said Rick Buziak, SVP of asset management for Kilroy Realty. We snapped Rick speaking before the event with Leina Zimmerman of Clune Construction.

Companies want an office environment that supports their culture, but that environment stems from how employees get to the building and their experience of making their way to their offices. As an example, he mentioned Kilroy's 350 Mission St, which is fully leased by Salesforce. Employees coming to work will enter into the lobby with its media wall displaying digital artwork and pass a new Michael Mina restaurant on their way to their offices.

Amenities such as secure bike parking are now key in ways they weren't 10 years ago, Rick said, as is the focus on transit. 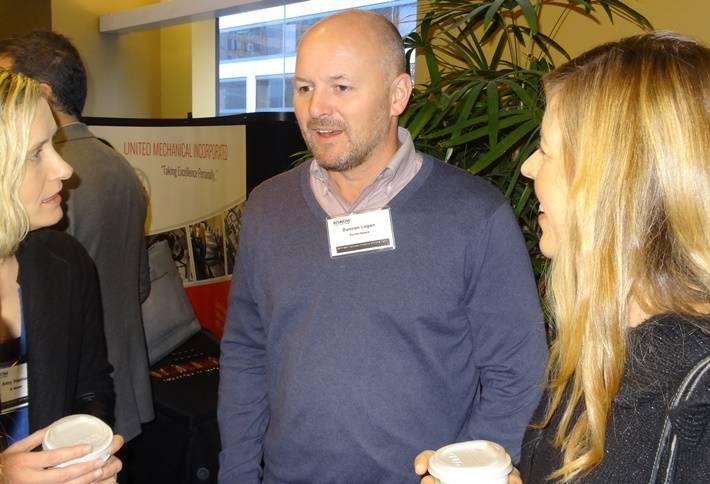 At RocketSpace, which offers an incubator-type tech campus, the initial companies were startups with four or five people, said CEO Duncan Logan. Now, he's seeing companies with 75 people who want a lease for one or two or several years. We shot Duncan, center, talking with Amy Hanlon with M Moser Associates and Brittany Whitley with Hogue before the event.

Duncan said his biggest challenge is finding the space. RocketSpace could fill hundreds of thousands of square feet if the company could find it, he said.

Kilroy's Rick said he sees RocketSpace's services as complementary to development since there is a segment of the market that really wants to be in a shared work environment with other companies. 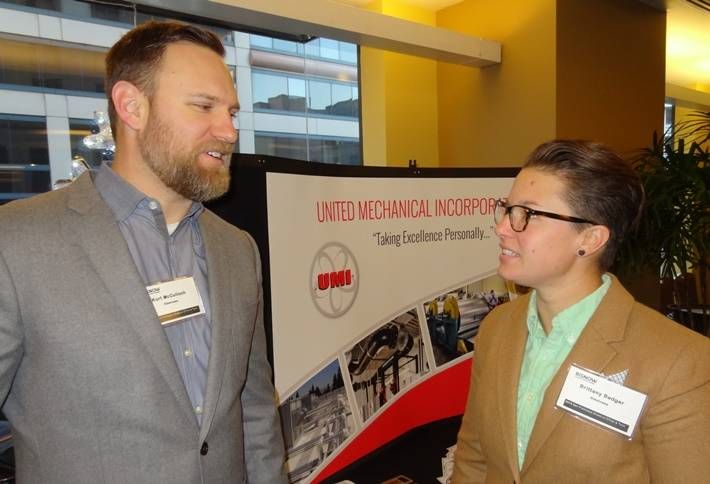 Then, of course, there is the question of high-rise versus the brick-and-timber low-rise so many startups want, said Kurt McCulloch, senior specialist with Steelcase, who moderated our leasing and development panel. Kurt was speaking with Steelcase colleague Brittany Badger before the event. 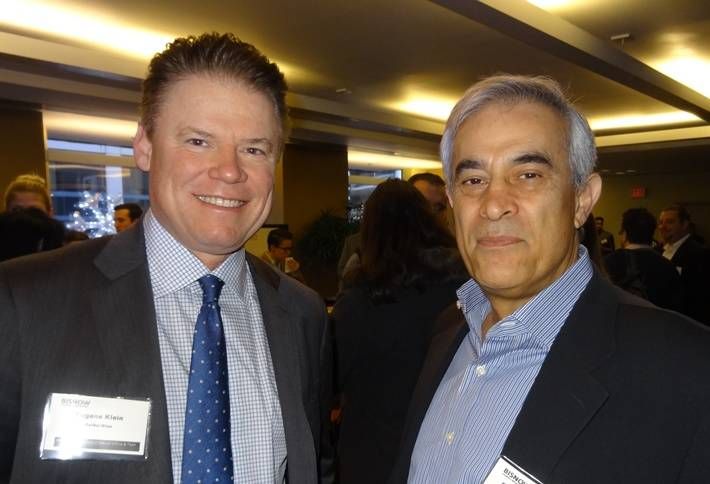 Tech companies like brick-and-timber since it feels like a more creative environment, but space is limited for those assets, said Edward Nazaradeh, managing director for SteelWave. One solution is creating a hospitality look and feel for a high-rise office, where lobbies are no longer pass-through space, but become a part of the tenant space, he said. We snapped Edward, right, before the event with Eugene Klein of Barker Blue. 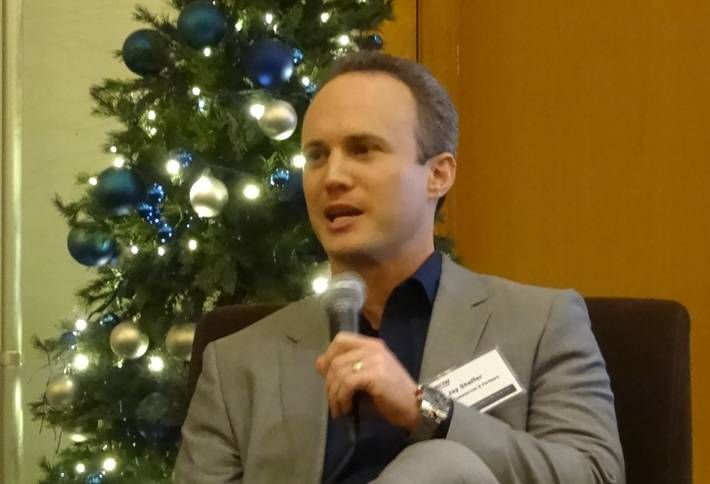 Tech companies remain focused on location and better location, said Jay Shaffer, partner with Colton Commercial & Partners. While some may look outside San Francisco for lower rents, many want San Francisco to attract the talent they need.

Though the cost of doing business is high in San Francisco, Jay said companies are finding ways to maintain a presence even as some move back-office functions to regional cities or out of state. 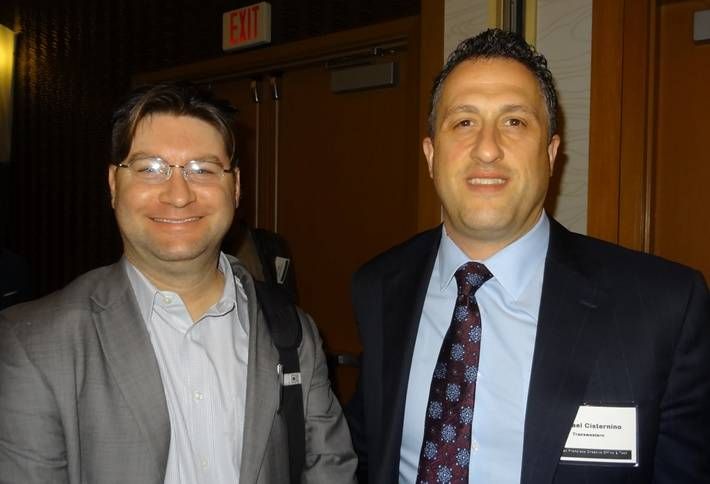 While San Francisco always will be seen as the hub for both big headquarters and startup space, there is a serious limitation in supply that makes it hard, particularly for startups, to compete for space, said Michael Cisternino, SVP and director of investment sales for Transwestern. Michael said he expects more projects in 2016 similar to One Montgomery, which took professional space and converted it to creative space.

As more urban mixed-use projects are developed around mass transit in outlying areas, more companies will likely start to move into some of those other markets, he said.

Edward said SteelWave is building two new buildings in San Jose—the company has turned to building because acquisitions are no longer penciling out in Northern California—that he hopes to lease to one or two tenants. 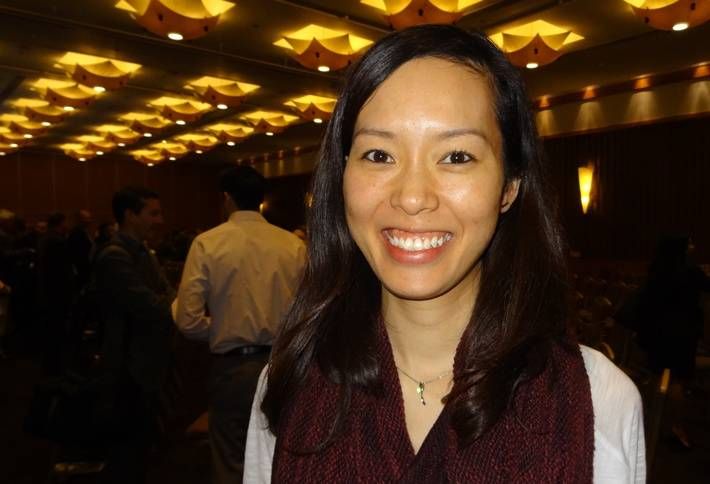 A lot of tech companies are dealing with rapid growth, which leads to meeting with clients that are a fourth of the size they plan to be when they move into a new space, said Elfreda Chan of M Moser Associates.

It creates a big unknown and designers have to be more flexibile to handle it, planning for the capability to add, subtract, change or move within the design to accommodate how a company does grow.

She said something else they often design for with tech companies is finding ways to brand the company with the building—knowing whose building it is if the name isn't on the space. She likens it to doing a personality test for a big group of people. 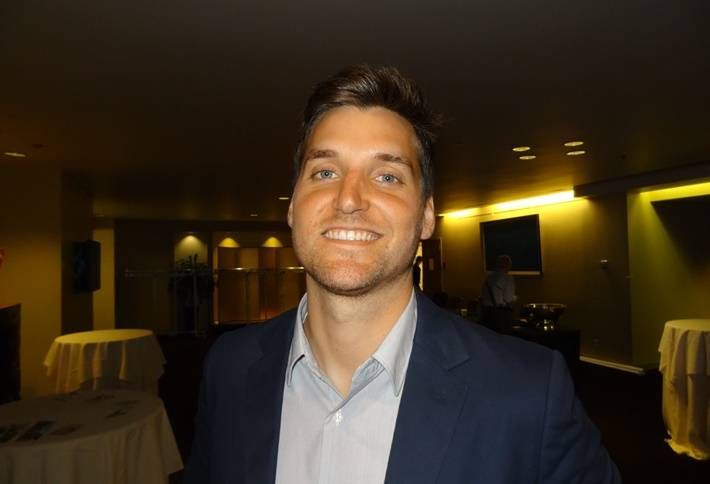 Warren Neilson, principal of Environmental Building Strategies, and one of our moderators, said the people and the culture are what is most valued. His company keeps in mind when designing spaces that they need to embrace and take a company's culture to a new level in different ways. 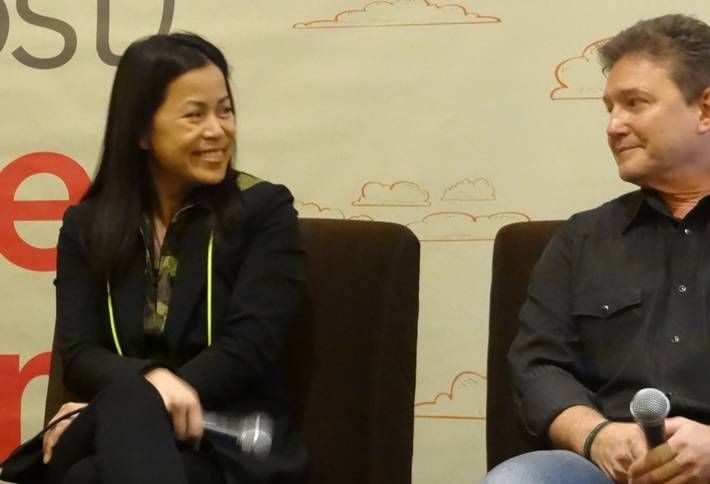 Jen Nguyen of Pinterest talks about the "soul" of the company's community, which is something people can sense when they tour the facilities. It's not a tangible thing, but what grows out of the friendships that form in the organization. Those relationships drive productivity. We shot Jen while speaking on stage with Kevin Kearns of PayPal. 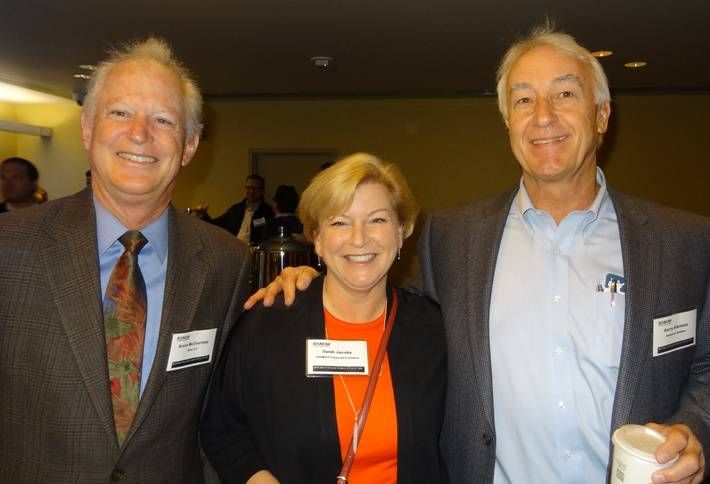 Relationships are key, said Kerry Atkinson, VP of interiors for Swinerton Builders. We snapped Kerry, right, before the event with Bruce McCourtney of Ryan LLC and Sandi Jacobs of SideMark.

Kerry likes that there is so much cooperation and collaboration in the industry right now. Kerry said it doesn't matter whether the client is a tech firm, creative office client or a traditional client, what they're looking for in a general contractor is someone who comes to the table with solutions. That means filling in some of the details in the design early on in the process.