In an age where novelty is revered, Oakland builder Tom Anthony (below) is taking a different approach. Innovative building techniques and construction methods are important to him—as evidenced by his company's computerized 3D wood printing machine. But steeping innovation in tradition and finding the right balance between the new and the old sets him apart. 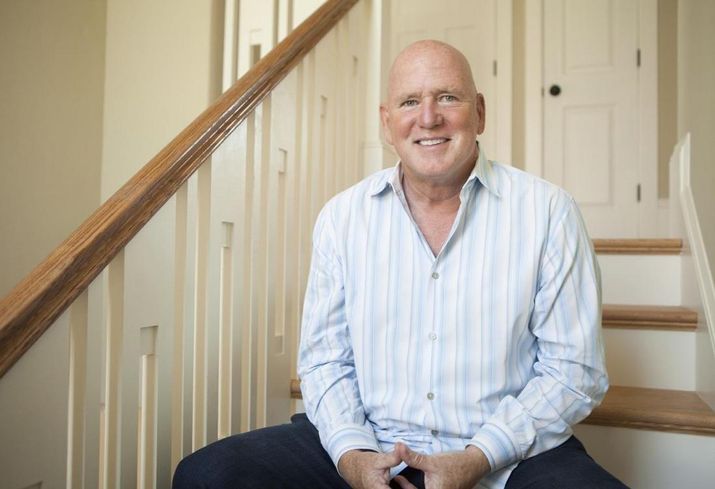 That “old school” approach, as Bisnow found out, also extends to Tom’s relationships with business partners, the city and neighbors. We spoke to him and those he works with about what it takes.

“My father designed that building,” Tom tells us, beaming with pride as he points to a picture on his office wall at Anthony Associates. The modern glass, concrete and steel Purex headquarters was by noted Orange County architect Tony Anthony, known for contemporary design. For his own family, however, Tom’s father chose a traditional 1920s Mediterranean-style Southern California home.

Tom charted his own destiny in 1975 when he moved north to the Bay Area to attend UC Berkeley. Here that early love of traditional houses began to blossom. Through the '80s and '90s, as he built a career in real estate at companies such as Pacific Union, Tom came to understand why the market wants these kinds of houses. “I got to know these old homes had an elegance that fits really well with the neighborhood and really spoke to buyers who wanted a sense of community,” he says.

Armed with a compelling business rationale informed by a deep appreciation of traditional style, Tom started renovating and flipping Victorian homes. His first project was a $25k dilapidated Victorian-style house on 24th and Telegraph. Immediately, he faced a daunting challenge. Many of these old houses had small closets, formal dining rooms and other features that don’t function for a modern lifestyle. To combat this, Tom developed a design philosophy that took the best of both worlds. He says, “We learned how to undo some poor design decisions by today’s standards while preserving the original intent of the architect and builder.” 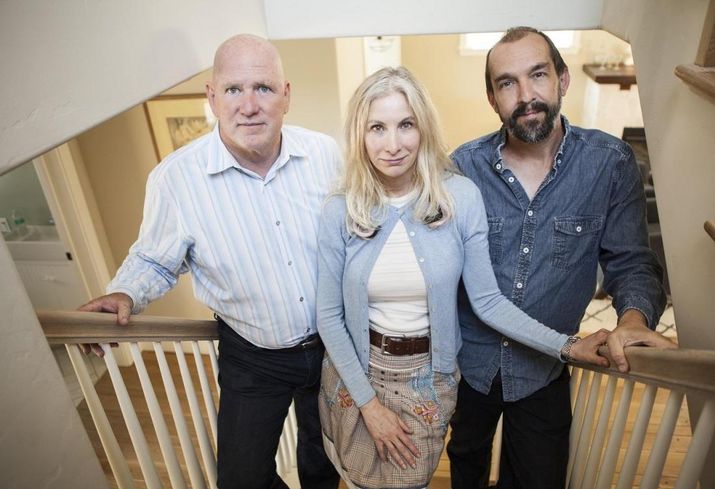 After renovating for many decades, Tom began building homes from scratch. He also built a team he could trust that shared his passion. On the business side of things are Andy Pitarre, heading up investments and deal structuring, and Terri Brown, the CFO/COO, if they had such titles.

Architect John Newton and interior designer Allison Hatcher (above and below with Tom) share Tom's old-yet-new passion. They provide fresh ideas to ensure Tom’s buildings remain true to his design philosophy. Tom began to use advanced robotic woodworking tools at the suggestion of one of John's employees, creating one-of-a-kind customizations.

With his partners, Tom seeks to build houses with a degree of intentionality and care that reveal just how much work went into planning and constructing. Each home is designed to be distinct. The best compliment he ever received for his approach? “Someone once told me that one of our new houses was so distinct that he first thought it was an old house we had renovated,” Tom says, chuckling. 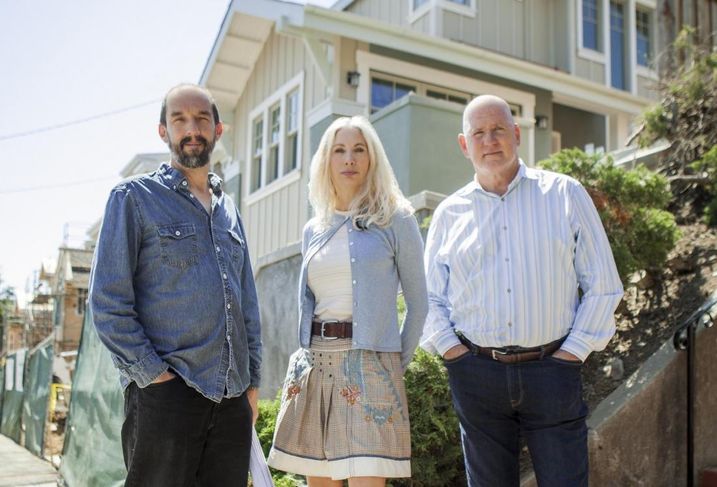 Being a real estate developer also means getting buy-in from government officials. The Bay Area is in the midst of a housing crisis, making the approval process particularly thorny. “The wild card in any development is the planning process,” Tom says. To address the inherent difficulty of getting approvals, Tom takes an active approach to build the trust of planners. “We have several meetings with them before it ever goes out to the noticing phase where we anticipate what issues might be and fix them.”

His willingness to engage with a city hasn’t gone unnoticed. Former Oakland planning commissioner Nicole Franklin dealt with several Anthony Associates projects in her five-year tenure there. “Tom is very meticulous about the architectural design of his infill developments,” she said. “He doesn’t take the quick-and-dirty approach, but puts in the time to make sure that his product complements the existing area.”

Working with the community also puts planners at ease. For example, on Howe Street just off 51st in Oakland’s Rockridge area, Tom and his team are planning to plant 70 street trees even though their 10-home development didn’t require it. “We introduce these projects to our neighbors individually and explain the benefits of our design,” he says. “Some developers push harder, and I’ve found this alienates people. It’s important to be sensitive and listen to your neighbors.”