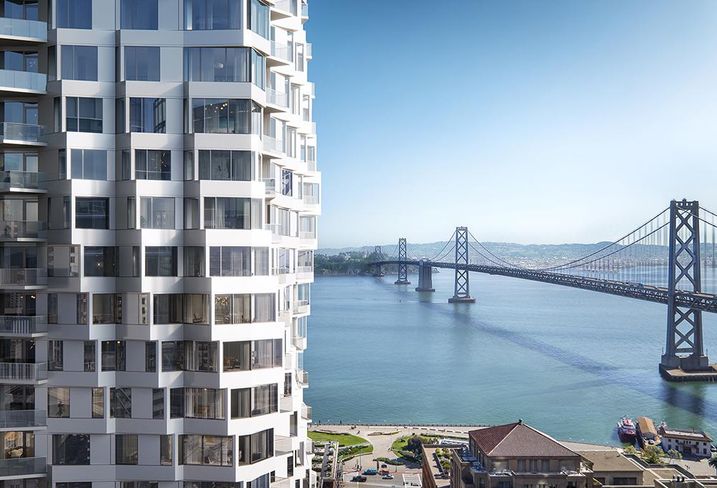 Construction is well underway for Tishman Speyer’s latest condo tower in the Transbay District. The 40-story, 400-foot Mira, designed by Studio Gang, will offer a mix of 392 one-, two- and three-bedroom condos, townhomes and penthouses.

The tower, at 280 Spear St., previously known as Block One on the Transbay Redevelopment Plan, will join a new crop of towers planned or underway in the Transbay District. Mira is blocks away from five towers planned along the 500 block of Howard Street and a block away from a new luxury, waterfront tower, One Steuart Lane, which broke ground in July.

“Reinterpreting the classic bay windows of San Francisco, our design amplifies the dynamic quality of the neighborhood,” she said.

Amenities will include a courtyard, a rooftop deck, a private dining room, a club lounge, a Jay Wright-designed fitness center, a children’s playroom, a business and conference center, a dog washing station, valet parking for 340 cars with electric vehicle charging stations, parking for 150 bikes and over 10K SF of ground-floor retail.

Mira’s sales gallery will open in the fall and occupancy is expected to start fall 2019. Polaris Pacific will be in charge of sales. Prices have not yet been released.