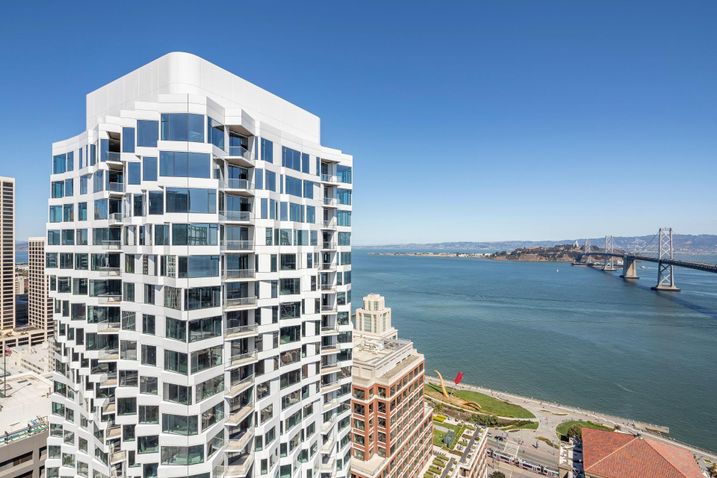 It will likely open to occupancy in February, according to Tishman Speyer Senior Managing Director Carl Shannon.

Construction began on the 40-story, 392-unit skyscraper in mid-2017, with Chicago-based architect Studio Gang's design taking shape alongside the many other nearby towers redefining San Francisco's skyline.

While Tishman Speyer has about 4,200 units across its pipeline and portfolio in San Francisco (including Lumina and Infinity, both of which are also in Transbay), MIRA is unusual for several reasons, including that 40% of its units are affordable.

"The building is quite unique," Shannon said. "It stands out among its peer group."

Tishman and Studio Gang say the design for its exterior called for an engineering process adapted from the aerospace industry, with a "modular facade system consisting of families of units" repeated every 11 floors to the top.

That 40% level of affordability at MIRA is well above even today's standards for inclusionary housing in San Francisco, and a product of Tishman Speyer's agreement when it bought the land from the city.

The tower includes 10K SF of ground-floor retail that the developer is in "advanced negotiations with several tenants" to fill, according to Shannon.

West Coast real estate agency Polaris Pacific represents Tishman Speyer in sales of the units, with a 3,500 SF sales gallery a block away from Mira at 163 Main St.

Founded in 1978, Tishman Speyer has a portfolio value of $94B across more than 400 assets and plans to break ground with the San Francisco Giants on Mission Rock next year.