San Francisco's Average Income Is The Highest In The Nation. Here's What That Means For Multifamily.

Residential rents grew 3.8% in San Francisco and neighboring cities in 2019, and Marcus & Millichap First Vice President of Investments Clinton Textor says he expects growth of about 5% to 7% this year, citing the area's continued income growth and less-than-stellar housing output. 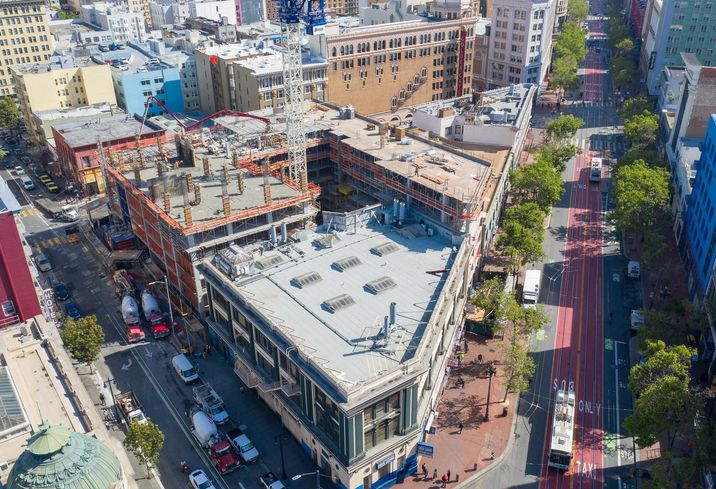 "Barring any significant changes in net interest rates or geopolitical events, the expectation is for the market to bump along in 2020 like it did in 2019," Textor told Bisnow. "We don't have any real pressure from added inventory. We're still in a housing shortage."

Big projects like The Avery, which opened last week, haven't come often enough. Neither have smaller ones, many developers and policymakers say, as costs and other regulatory headwinds began to slow housing production. Demand for Class-A units is also booming, Marcus & Millichap said, with San Francisco leading the nation in household income growth this year. The brokerage says average household incomes in the MSA will grow 5.4% to $132K, thanks to the constant creation of high-paying jobs in the city.

San Francisco and San Mateo counties finished 2019 with unemployment rates of 1.9% and 1.8%, respectively, according to state figures, as S.F. rent growth has expanded to the biotech-heavy Peninsula.

Multifamily properties in submarkets like Burlingame and San Bruno have been fetching cap rates of below 4% and per-unit average prices of about $480K, Marcus & Millichap's report said. Sares Regis Group of Northern California, for instance, recently sold its 83-unit San Bruno community for $60.25M, or $726K per unit.

"Buyers are looking to get into those markets just because of the enormity of the job market right now, and if they can get into the market at any reasonable cap rate," Marcus & Millichap First Vice President and Regional Manager Ramon Kochavi said.

Likewise, properties in the submarkets of San Francisco proper see a similar level of interest, even with the state's new rent cap of 5% plus inflation applied to many of San Francisco's properties, Textor and Kochavi say. The San Francisco MSA saw about $3.7B in apartment investment last year, representing a 75% jump compared to 2018, according to their company's report.

"Up until now, in this up-cycle, we've had people willing to step into large positions — Wall Street, institutional money," Kochavi said. "The assumption is that that will continue, but no one knows for sure."