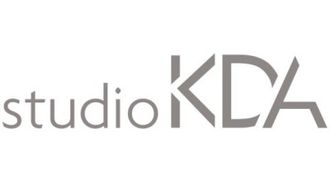 One Solution To The Housing Crunch: Giving Millennials The Community They Crave

New research indicates California could be short as many as 3.5 million homes by 2025. The demand for housing is enormous, and the current pace of new project development and construction isn’t keeping up. That might be because developers are looking at multifamily housing opportunities all wrong.

The answer to the affordability dilemma may not be just about lowering the cost of construction. Charles Kahn, managing principal at architecture and design firm Studio KDA, believes it is about evolving the concept. In Oakland and San Francisco, architects and developers are starting to think outside the conventional one- and two-bedroom unit mix.

“As residents, we don’t approach housing the way we used to,” Kahn said. “We’re no longer obsessed with privacy as a society. In the 1950s, the American ideal was a single-family home in the suburbs. That created privacy, but it isolated us, too. Today, people don’t want to be isolated. We crave community.”

This is especially true for young people. Millennials are moving to cities at increasing rates, choosing social media over privacy in huge numbers, seeking work environments where they can be as close with their co-workers as they would be with “a second family,” and, when they don’t have co-workers, creating co-workers with coworking spaces. Increasingly, people are opting against isolation.

The last few years have brought experiments in co-living — affordable, hybrid live-work residential projects targeted at young renters. These developments are not just a response to economic challenge, Kahn believes; they are also an expression of a pervasive social preference for community.

“The traditional one- and two-bedroom multifamily apartment complexes that developers in the Bay Area are struggling to finance aren’t designed for where we’re headed,” he said.

In Kahn’s school of thought, the ideal co-living arrangement is one that takes into account an urban, active lifestyle and proximity to a like-minded community. But this isn’t just dorm living. Each bedroom has its own kitchenette and bathroom attached — essentially, a private micro-studio, branching out from an appealing and accessible, beautifully furnished central shared space. Housemates find each other via the same tech that powers dating apps.

This arrangement more closely echoes what young renters want, Kahn said. And, it costs less to build, and less to rent.

Affordability can also be reached by rethinking two major aspects of most traditional housing projects: parking and kitchens. According to Kahn, stripping parking out of a project can reduce its construction cost by as much as 20%. In lieu of a vast garage, this concept offers a car-share program, and, where possible, easy access to public transportation.

With appliances and utility hookups, kitchens add cost to construction. Offering communal kitchens for groups of three to five bedrooms solves for both costs and space. A multifamily residential project on Berkeley’s San Pablo Avenue was originally conceived with traditional one- and two-bedroom design. That initial design would fit 36 beds in a five-story building. When Studio KDA reconceived the floor plan into a series of studios surrounding large common spaces, the project offered 45 beds, and was a story shorter.

These adjustments reduced the construction cost by at least 25%, and increased the building’s revenue stream: while individual tenants would pay less for smaller rooms, building owners have more inventory to offer. More affordable for both the developers and for the tenants, this is what Kahn calls “affordable by design.”

“And, frankly, because you have a fabulous, light-filled common area in that design, I would find it more fun to live there, personally,” Kahn said.

Kahn predicts this approach is one the Bay Area will see increasingly in the coming years. Micro-living and co-living projects such as the Nook in Oakland, or Starcity's co-living projects in San Francisco, where tenants pay between $1,400 and $2,400 a month for a fully furnished micro-suite with utilities, basic amenities and shared common space, are already leading the charge. Developers will choose these arrangements not only because the construction is more efficient, Kahn said, but because more affordable spaces with a focus on community are what people want.

This feature was produced in collaboration between Bisnow Branded Content and Studio KDA. Bisnow news staff was not involved in the production of this content.