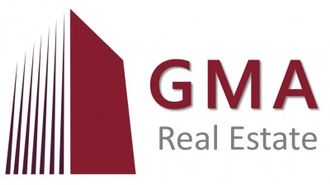 Whenever Golden Millennium Assets founder and owner Zhen Zhen Li starts a project in the Bay Area, she keeps the demands of future tenants in mind.

In San Francisco, where the desire for highly amenitized urban apartments is in conflict with the affordable housing crisis, developers must entice young professionals to stay in the city rather than flock to the cheaper suburbs. Even so, multifamily development has won out in the city over residential projects. In total, 275 condos were sold in March, compared to 183 single-family houses.

“Young people are trying to move to the city, and this is especially true near Silicon Valley and San Francisco,” Li said. “They want to stay in condo apartments with high-end amenities. Outdoor spaces, club lounges, these are all important amenities for that next generation.”

For almost two decades, Li has invested in and developed property in the Bay Area. Recent Golden Millennium projects include a townhouse project in Palo Alto, a 250-unit condo building in the San Jose downtown corridor next to the new Google campus and a 300K SF office building project in planning in East Palo Alto. Beyond amenities like fitness centers or social gathering areas, developers like Li have started to position multifamily space near the office as a must-have amenity.

“Many young people are trying to make their lives easier by living closer to work,” Li said. “Employers have started to offer shuttles that will pick up their employees and bring them to work and back, which is important for developers to keep in mind when looking to attract and retain tenants.”

In San Francisco, more than 100,000 San Francisco-area residents spend at least 90 minutes commuting to work each day. Noticing this problem, tech companies like Apple and Google were early adopters of the shuttle bus. Companies across multiple industries have since adopted the transportation strategy to improve employee well-being. Over 800 shuttle buses transport an average of 34,000 passengers per day throughout the Bay Area.

For developers, creating designated shuttle bus pickup areas, as well as spots for ride-sharing vehicles, has become a way to attract and retain multifamily tenants.

While young professionals continue to flock to the Bay Area, affordability is still a concern. The population of super-commuters in the city grew by 112.7% between 2005 and 2016, according to a study of U.S. census data.

Li has her finger on the pulse of San Francisco development trends. As for what is next, she is looking at the rise of smart technology and the use of the Internet of Things in apartments, especially when it comes to security. With years of experience, Golden Millennium Assets is poised to meet the challenge.

This feature was produced in collaboration between Bisnow Branded Content and Golden Millennium Assets. Bisnow editorial staff was not involved in the creation of this content.