Bayer may take its innovation center and CoLaborator incubator out of San Francisco's Mission Bay neighborhood, the pharmaceutical giant said this week. 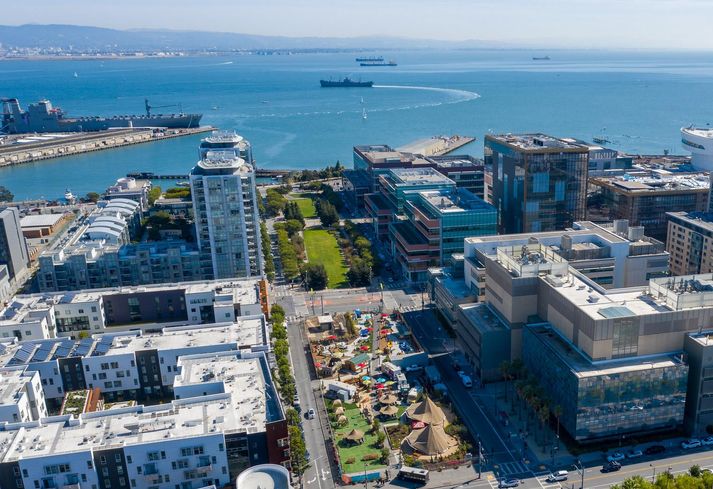 “Bayer is evaluating all options in the Bay Area for its Open Innovation Center and CoLaborator location,” Bayer Head of U.S. Real Estate Matthias Muckle said in a statement. “We will initiate a competitive RFP process over the next few weeks to identify the best location.”

Bayer has occupied about 50K SF of 455 Mission Bay Blvd. for most of the last decade, opening its West Coast center there in 2011 and a life sciences incubator within that in 2012. After a series of layoffs, it looked to expand its incubator space within the building from 6K SF to 36K SF in 2017, the San Francisco Business Times reported at the time.

Alexandria Real Estate Equities, which owns the entire 200K-plus SF building, did not immediately respond to request for comment.

In the last decade, Mission Bay has become an increasingly attractive destination for life sciences companies and organizations drawn to San Francisco and UCSF's large presence in the burgeoning area, which now also includes the Warriors' new Chase Center arena and thousands of new housing units.

But rents have gone steadily up as vacancies evaporate. The Mission Bay/China Basin combined office submarket saw a direct vacancy rate of just 0.6% in Q1, according to Kidder Mathews. In some instances, asking rents have hit the $100 per SF mark.

Bayer's decision, which could end up as a lease renewal or downsize, might also entail "relocation out of Mission Bay to the inner East Bay, South S.F., Brisbane, or further down the Peninsula," Hattersley said.