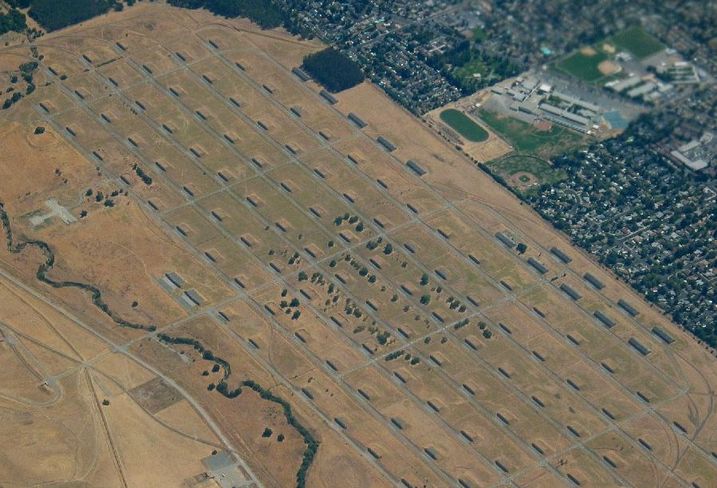 The Navy has reportedly drafted plans to convert the former Concord Naval Weapons Station into a temporary detention facility to house up to 47,000 immigrants who crossed the southern U.S border illegally, according to an internal memo obtained by TIME.

The memo also indicates plans to use abandoned airfields in Florida and Alabama to house 25,000 migrants and up to 47,000 at Camp Pendleton in Southern California. The tent cities would be designed to last six months to a year.

The former Concord Navy base is slated to become a master-planned development with over 12,000 housing units and 6.1M SF of commercial space on 2,300 acres with another 2,600 acres to become open space. It is one of the largest developments in the works in the Bay Area.

Concord is expected to adopt a specific plan in November with initial infrastructure expected to begin in 2019. The initial phase would span 12 years and lead to 4,400 housing units with 25% of those designated as affordable and 1.7M SF of commercial on 500 acres. Lennar has already been tapped to be master developer.

The city has been in negotiations to acquire and develop the site for over a decade, but the federal government still owns the land, according to a statement released by the city of Concord on Friday. The city said it is working with Rep. Mark DeSaulnier and Rep. Nancy Pelosi to gain more information.

DeSaulnier, who opposes the plan, told The East Bay Times there is no infrastructure at the Concord Naval Weapons Base, which closed down 15 years ago.

Concord has not indicated what impact, if any, plans for a detention facility would have on the planned future development.

The Navy has not yet been ordered to build these facilities. The memo is in response to the Trump administration’s “zero-tolerance” immigration policy, which has led to the detention of thousands of migrants who crossed the border illegally.

Trump previously ordered the Pentagon to work with the Department of Homeland Security to house thousands of immigrants awaiting court proceedings.