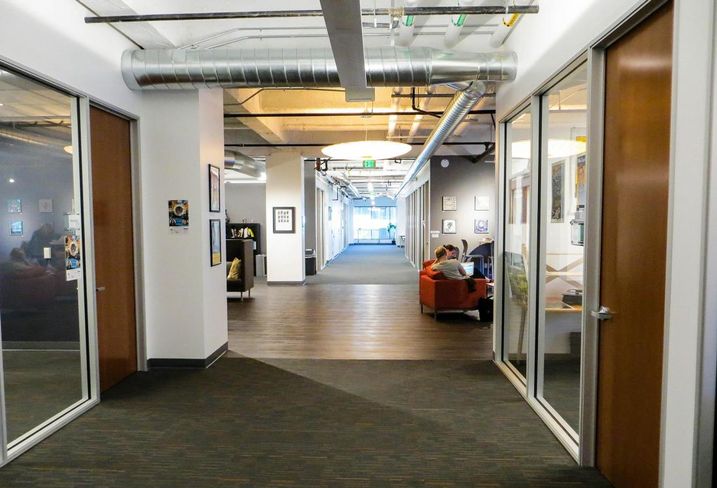 Courtesy of TMG Partners
The third floor of 1330 Broadway, a project resulting from the first fund of TMG's institutional investor

The commitment, from a single institutional investor, will enable about $625M of acquisitions throughout the region. TMG did not name the investor but did say it follows a similar fund from four years ago.

"This separate account follows a successful $165M venture we formed with this investor four years ago,” TMG Partners Chairman and CEO Michael Covarrubias said in a statement.

With that capital, new investments included two value-add projects in Oakland, including 1330 Broadway, and an office acquisition in San Jose. TMG bought 1330 Broadway, an 18-story, 320K SF office building, for $80M in 2015 before selling it for about $173M last summer.

Investments from the new account will include office, R&D, residential and mixed-use, mirroring the developer's broad company-wide focus on the Bay Area. TMG has a portfolio of over 30M SF around the region in a variety of product types, from retail to industrial.

“The Bay Area remains the country’s most competitive real estate investment market. This capital will allow us to continue as a market leader and respond to opportunities with remarkable speed," TMG President Matt Field said in a statement.