The average customer for tech-savvy hospitality startups like Sonder and Yotel has expanded to beyond your average millennial, but traditional hospitality, especially in the Bay Area, isn't worried.

Courtesy of Sonder
A Sonder bedroom

"When we think about technology, we automatically think of millennials," Gause said. "More mature people are more inclined to technology than we might think."

As a result, gadgets like Yotel's robotic luggage concierge or tools like Sonder's mobile app to bypass traditional hotel check-ins aren't necessarily turnoffs for older customers. They do, however, offer traditional hotels something from which to differentiate themselves, several panelists said.

"It really comes down to how you fulfill your brand promise," Kimpton Hotel and Restaurant Group Senior Vice President of Development Tiffany Cooper said. "We at Kimpton think that that's through heartfelt, human connections with your guests."

In San Francisco and elsewhere, established hotel giants are doubling down on that advantage by repositioning long-standing hotels or creating new sub-brands entirely. Cooper says hotels are emphasizing creating more connections between guests with improved communal areas, citing Marriott's experimentation in that regard.

In Oakland, EJF Capital is funding an example, with a new Moxy International coming to 2225 Telegraph. Moxy is a new Marriott brand with a focus on millennial travelers.

Oxford Capital is similarly buying into the Bay Area market with the idea, having purchased four longtime S.F. hotels this year, including Hotel Vertigo in Nob Hill, for repositionings.

And Braemar Hotels and Resorts Inc. will transform the Courtyard San Francisco Downtown in SoMa into The Clancy, part of Marriott's Autograph Collection, in a $30M renovation, AXIS/GFA Architecture + Design Founding Principal Architect Cory Creath, whose firm designed the rebrand, points out.

"What is the magic sauce of being able to move room rate and perhaps get an extra $100 per night?" Creath asked. One method is what Braemar is doing at 299 Second St., which is turning a select-service hotel into full-service and livening up communal space.

"The industry is struggling with restaurants in general, how we make them profitable, how we make them on-trend," Mange said. She points to Virgin's Commons Club communal area found in its new S.F. location as one successful example of a new hotel amenity.

While traditional hospitality can't assume it's not facing a good deal of direct competition from Airbnb and startups like Sonder and Yotel, there is also far from perfect overlap in both target demographics, L37 Partners principal Leigh Chang says. Airbnb's offerings account for roughly 13% of hospitality inventory in San Francisco, for instance, according to Chang.

"We have to embrace it as the reality," Chang said. "But what makes hotels different is we offer convenience, cleanness and amenities.

"Also, many of the people using Airbnb are more budget-conscious, so they wouldn't have otherwise booked a hotel," she said.

"I'm excited for the next 18 months," Bertram said. "There's a lot of money sitting on the sidelines waiting for good hotel projects to invest in." 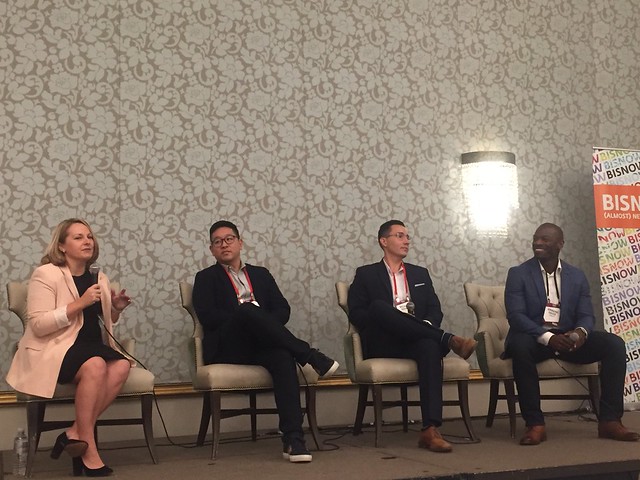