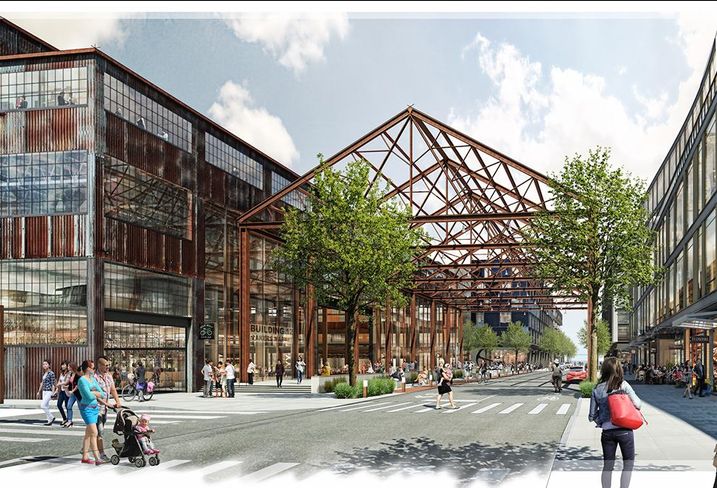 The San Francisco Board of Supervisors unanimously approved Forest City’s Pier 70 project Tuesday afternoon. The $2B project is expected to begin construction in February and take 11 years to complete. It is among several projects that will transform underused waterfront real estate into mixed-use communities.

The first phase of Pier 70 will create half of the new parks and open space with access to the bay and build about 930 housing units with affordable housing and add retail. The initial phase also will rehabilitate historic buildings, including Building 12.

The developer will build a maximum of 2,150 housing units. About 65% of the housing will be rentals and 30% of the housing will be affordable. The project also is considering artist housing and temporary transition housing units for Potrero Terrace and Potrero Annex revitalization. The project is generating about $765M in public benefits, which will be put toward affordable housing, parks and infrastructure, creative and community spaces and transportation improvements.

The site, which is near the Dogpatch neighborhood, also will build up to 1.75M SF of commercial office, up to 445K SF of retail, light industrial and arts space. Artists in the current Noonan Building creative community on-site will be provided new art space and an affordable waterfront arts facility up to 90K SF. Building 12 will be renovated into a Makers Market Hall. Over 280K SF of historic structures will be renovated. The project will include nine acres of parks. 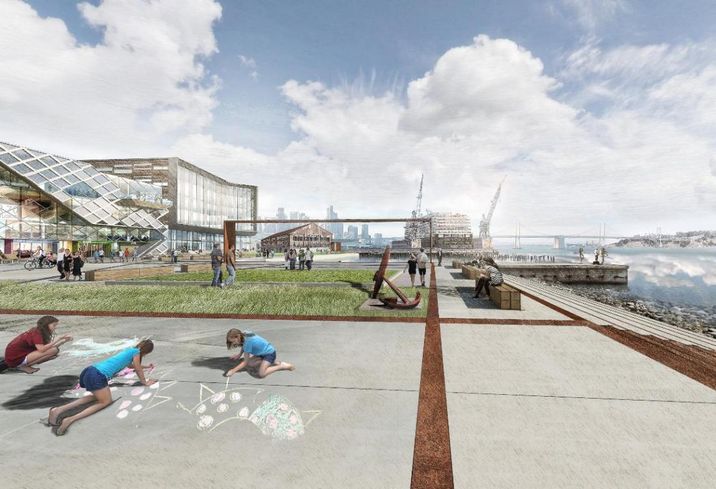 The transit-oriented development will include a shuttle service for residents and subsidized transit passes for dwelling units to encourage walking, biking and using public transit. The project will be near the under-construction Central Subway. Pier 70 also will create a Transportation Management Agency to manage and coordinate transportation demands across the site. About $50M in transportation impact fees will go toward infrastructure improvements within the local neighborhood.

Building heights will be staggered and range from 50 feet to 90 feet with lower heights near the waterline. Buildings will be set back from the water by 100 feet. New infrastructure will create protection against earthquakes and 100-year sea level rise.

Under a workforce program, the project has a commitment of 30% local hires and is offering a local business enterprise component and workforce training programs. The development is estimated to create 10,000 construction jobs and 12,000 full-time jobs.