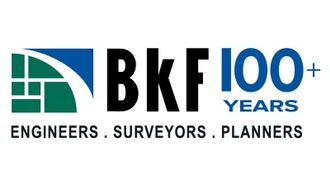 Many things were the key to California-based BKF Engineers becoming California’s Design Firm of the Year. Foremost was portfolio diversification.

This diversity has contributed to the firm’s longevity and set it apart in the eyes of the Engineering News Record California, the firm’s principals believe. Following the 2008 financial crisis, BKF branched out into multiple sectors in addition to serving its core clientele. The company was able to maintain its stronghold and steady growth even through the worst years of the recession. Once the economy began turning around, revenue growth skyrocketed. Businesses that focused on only one area faced shortages in expansion, resulting in layoffs and significant revenue loss.

“Our diversification in those years enabled us to secure a larger share of the available public and private development work,” BKF principal Scott Schork said. “If you only have one core sector — say large master planned residential communities — you can’t recover from that if the housing market is downturned for six to seven years. You can’t suddenly turn around and get exposure to other markets. Our deep roots in the public and private sectors softened that blow and helped us emerge stronger than before.”

Key to maintaining this expansion has been the long-term retention of employees. Most of these employees, from interns returning full time to senior managers, stay their entire career.

“Our clients know that they’ll start and finish their projects with the same team,” Schork said.

The company’s 60% revenue growth stands at nearly twice that of the 33% market rate of growth of the past three years. Much of this can be traced to BKF’s close connection to and sustainability-centered relationships with such Bay Area-based campuses as Stanford University and UC Berkeley, as well as mega-corporations like Facebook and Google, whom the firm has worked with for years.

One such development is San Jose-based Santana Row, a mixed-use project in the heart of Silicon Valley. The concept draws inspiration from Barcelona’s La Rambla Boulevard, matching building exteriors to Old World European artifacts and church façades to create a European center in the middle of suburbia. The team began development in 1998, and is still working on it today. Santana Row has opened the door for the creation of other, similar mixed-use development projects throughout the Bay Area suburbs and an accompanying influx of jobs, Schork said.

BKF Engineers
For 105 years, BKF has been Delivering Inspired Infrastructure to its clients. As a result, we have earned our clients’ trust, and thereby their repeat business. BKF has worked diligently to help our clients achieve their goals, and bring their projects across the finish line. Through our network of 15 offices throughout California, we have developed extensive local knowledge that provides us with a keen understanding of issues relating to feasibility, permitting, and entitlement approvals. BKF provides civil engineering, land surveying, and land planning services for government agencies, institutions, developers, architects, contractors, school districts, and corporations. Our markets include healthcare, education, residential, commercial, industrial, corporate, transportation, and public works. We provide a number of specialty services including sustainable design, site accessibility consulting, hydrology/hydraulics, traffic signal design, sub-surface utility locating, construction monitoring, and 3D laser scanning.
Confirmed! You are subscribed to the Bisnow San Francisco E-Newsletter.
Most Read Stories
More Top Stories
Bisnow San Francisco Newsletter
Bisnow San Francisco Newsletter