Newmark Completes Over $2.4B In Commercial Mortgages In 2016, Expects Similar Volume In 2017 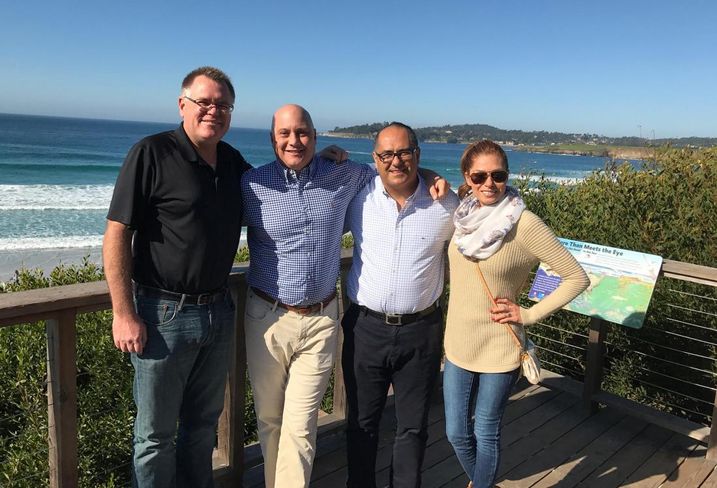 Newmark Realty Capital completed over $2.4B in commercial mortgages last year, making 2016 the fifth consecutive year the firm exceeded $2B in annual loan production. The firm also exceeded $9B in loan servicing last year for the first time in company history.

“Overall, interest rates are rising, and we expect to see healthy demand in the first half of 2017 from investors in each of our regions seeking to secure financing before they miss the window of relatively low historic rates,” Newmark CFO Michael Heagerty said. Heagerty is above on left with Newmark producers Fritz Grim and Bahman Mirhashemi and loan closer Maria Zwick during the company’s 25th anniversary celebration.

Property owners also want to lock in both long-term and construction financing, which are at historically low rates. Newmark reports 269 unique transactions during 2016, according to Heagerty. About 55% of these transactions were in multifamily and retail with self-storage also having a strong year in Newmark’s portfolio.

Newmark principals also expect demand for new construction, acquisition and recapitalization in the multifamily sector to remain robust. There will be continued interest in recapitalization of existing retail assets to lock in rates. Self-storage is emerging as a new asset class of interest to a number of institutional lenders. CMBS transactions will remain down as they were in 2016 unless properly structured.