New efforts by the Trump administration to penalize California for its housing crisis are misguided and off base, several CRE experts told Bisnow Tuesday.

The White House’s new report on homelessness, released by the Council of Economic Advisors last week, threw most conventional wisdom about the housing crisis to the wayside, instead focusing on more tightly restricted criteria for aid, an increase in policing and less regulation to spur market-rate housing.

Secretary of Housing and Urban Development Ben Carson backed up that approach Tuesday, when he said the state would continue to face pressure from federal authorities. Comments from President Donald Trump taking aim at the state's housing policies drew headlines and renewed criticism. 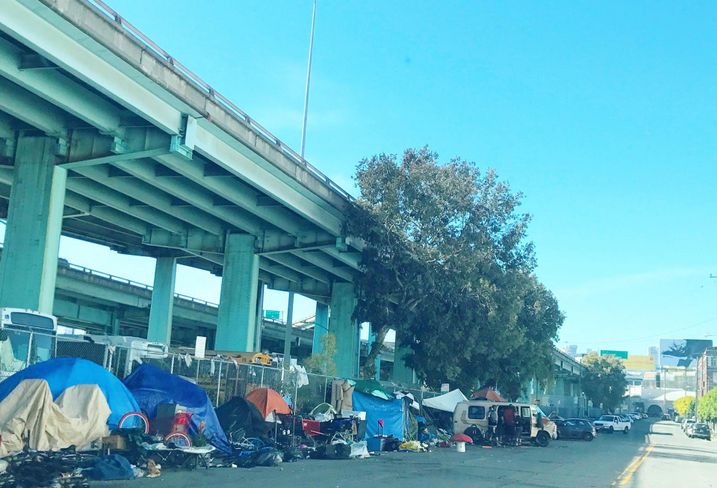 The acuity of the state’s crisis is undeniable. A report conducted on a 10-mile swath of downtown San Francisco by NBC Bay Area in 2018 found discarded needles on 41 blocks and feces on 96 blocks, with conditions as unsanitary as slums in India or Brazil. Much of the worst areas were in the middle of the city’s main tourist district, between Market Street, Van Ness Avenue, Grand Avenue and Post Street.

Experts told Bisnow that while calling the skyrocketing rate of homeless on the streets in San Francisco and Los Angeles a “disgrace” wasn’t exactly incorrect, Trump’s approach is reductive, shortsighted and unnecessarily punitive.

In multiple interviews across the state, builders, developers and policymakers all told Bisnow the same thing about the fracas: California does have a serious homelessness problem, but it won’t be solved by simple “silver bullet” solutions like the ones proposed in the report.

“The bottom line is that there is not one answer to remedy homelessness, and efforts at the city, state and federal level will be required for many years to come in order to sufficiently address what has become not only a national, but global crisis,” Suzanne Holley, president and CEO of Los Angeles’ Downtown Center Business Improvement District, told Bisnow.

In the cases of Los Angeles and San Francisco, a single solution wouldn’t be tenable anyway ⁠— the Bay Area alone is split into nine metro counties and several dozen incorporated cities, and LA’s footprint stretches even farther.

"The efforts in the Bay Area are herculean. There's probably no metropolitan region in the U.S. that's divided into as many jurisdictions as the Bay Area, and that makes it very difficult to collaborate on homelessness,” Bay Area Council Vice President of Public Policy Adrian Covert told Bisnow.

Covert said that two weeks ago, the BAC hosted a major meeting with elected officials and business leaders looking to help an effort being led by San Francisco and nonprofit public interest law firm Homebase to allow jurisdictions to share data about homeless residents. That could help municipalities coordinate aid, information and social services for people.

“Once a homeless person moves to another city or county, then that county or city's officials have to start from scratch on what an individual's needs are, what type of care they've been given, what has worked and what has not,” Covert said. “The data clearly shows that homeless people aren't coming from outside the region in big numbers. They are inter-regionally mobile.”

That mobility needs to coincide with equally flexible policy. Several experts Bisnow spoke to stressed that the region’s approach to the homelessness crisis has often been piecemeal at best, which has led to more severe fallout.

A lack of affordable housing, restrictive zoning and municipal laws about conduct are prone to exacerbating homelessness, even in some of the nation’s most liberal enclaves.

“We're having to do a 13-month [environmental impact report] on a 48-unit group housing project in SoMa. It's exactly the kind of workforce housing the cities say they want, but it's going to take us two years to get the thing approved. Why shouldn't that be something that's over the counter?” Panoramic Interests owner Patrick Kennedy, who develops in S.F. and Oakland, told Bisnow. “They could allow four-story buildings with residential hotels close to BART stations as-of right. West Oakland has hundreds of underutilized lots that would be perfect for four-story infill.”

For Holley, the release of the report was both fortuitous and too little too late. She said that while some approaches that allow for a proliferation of property on the streets do make addressing the root causes of this issue “more challenging,” Los Angeles is committed to being part of the solution.

Its recent moves include the passage of initiatives such as city Proposition HHH for supportive housing and county Measure H, which increases sales tax to provide a myriad of wrap-around services.

“The Trump report addresses the issue with broad strokes, placing California’s issues largely on onerous housing regulations and the tolerability of sleeping on the streets,” she said.

That is not a long-term solution, she stressed.

The gist of the Trump administration's input stings for some stakeholders in the state, who are frustrated by what they see as a lack of urgency from municipal and state regulators.

“A lot of our problems are self-inflicted. If the cities were serious about producing housing, they can have as-of right development for certain types of projects, they could zone areas close to transit for form-based approval,” Kennedy said. “A large part of the problem is the failure of city governments to build more housing. We're seeing a new kind of homeless individual, which is someone who used to be housed but is pushed off the housing ladder by the housing shortage caused by our economic boom.” 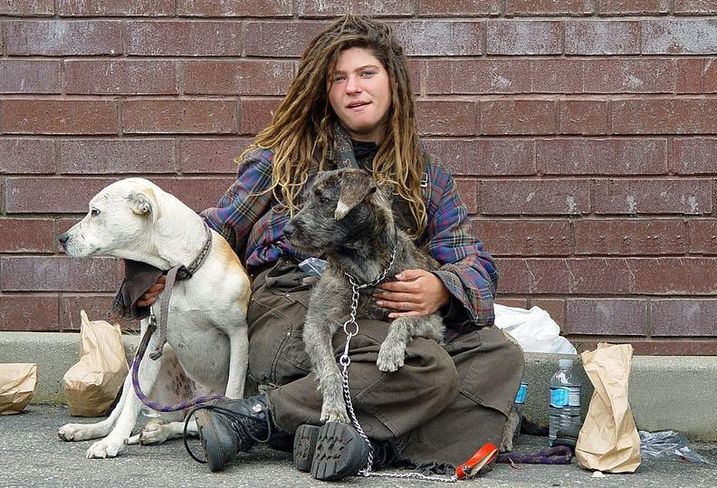 Wikimedia Commons
A woman and her two dogs living on the streets of San Francisco.

“What's really important is expanding the amount of housing options at the very bottom of our housing market, people making 0% to 30% of area median income,” Covert said. “These are people spending half or more of their income on rent, and are one minor emergency away from finding themselves on the streets. They represent the feeder system into homeless and which has caused the recent spike.”

The last count, conducted in January across California, measured significant rises: San Francisco saw its number of homeless leap 17% from 2017, while the city of Los Angeles saw a gain of 16% from a year prior.

Nearby areas were also affected, with Alameda County recording a 43% increase and Los Angeles County encountering a 12% rise.

Los Angeles Mayor Eric Garcetti stressed in multiple media interviews that if the Trump administration really wants to solve homelessness in the state, it needs to look at current legislation and ongoing efforts by both policymakers and the CRE industry to attack the issue at its core.

The mayor said he told Trump’s advance team about these priorities during their visit to the state last week, a move timed with the administration’s release of its own homelessness report.

“We said a number of things [the administration] could do right now. One was to make sure that they would pass two pieces of legislation that are in the Congress, one from Maxine Waters. It's a $13B end homelessness act,” Garcetti told NPR on Sept. 20. “Then Sen. [Dianne] Feinstein and Rep. [Ted] Lieu put forward together the Fighting Homelessness Through Services and Housing Act, which is about $7.5B focusing on the healthcare needs of folks that are right now homeless. We also said uphold the Veterans Administration vision.” 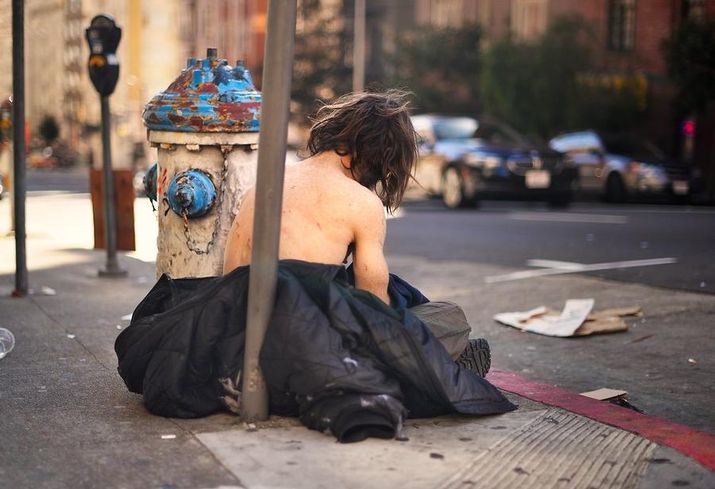 Policymakers have also taken aim at the president’s focus on penalizing homelessness, saying that approach might make sense to a New Yorker, who is from a city which has shelter capacity for 95% of homeless residents.

But in the Bay Area and LA, that rate drops to only 25%, at most. California has 12% of the nation’s homelessness but 50% of unsheltered homelessness.

Advocacy groups and developers Bisnow interviewed alike said that while most California metro areas struggle with building enough affordable housing, their governments have also lagged far behind in creating homeless shelters to get people off the streets.

Municipal governments are trying to turn that around. In Los Angeles alone, the city’s comptroller reported that for the fiscal year ending June 30, the city doubled its spending on homelessness initiatives to $3.2B, of which nearly $2B was spent on shelters.

San Francisco, too, has spent billions on attempting to solve the issue, leading many to speculate that perhaps the best solution might be a “right to shelter” law similar to New York City’s.

“The right to shelter itself is the most valuable aspect of the system,” Joshua Goldfein, a lawyer who works on the Homeless Rights Project at the Legal Aid Society of New York, told the Los Angeles Times in July. “It means that there is always a bed for someone, and that enables the city to engage with people in a way that they know there will be a place for them if they’re willing to come in off the street.”

But residents often staunchly fight the construction of shelters.

“We talk a big progressive game, but when it comes to a showdown, we pull up the drawbridge and pull out the NIMBY banners and prevent the shelters from being built,” Covert said.

When one San Francisco neighborhood attempted to build a 200-bed homeless shelter near the Embarcadero earlier this year, the divisiveness of its presence landed a group of homeowners and the city in court. On Monday, Superior Court Judge Ethan Schulman ruled against the group opposing the shelter, Safe Embarcadero For All, allowing construction of the waterfront project to proceed.

Combine that resistance with one of the world's most expensive real estate markets, and you have a perfect storm of limited policy, massive demand and a bottleneck of development.

“The least expensive stuff is becoming more expensive because it is being bought, renovated and leased to individuals that previously wouldn't have looked at it,” Kennedy said. “These flophouses in Oakland are suddenly being renovated and rented to techies. It's going to continue to get worse because we're woefully underproducing entry-level housing in the Bay Area.”

Even if the homeless do find shelter, they often lack resources for treating the root causes of their displacement.

SWENSON President and CEO Case Swenson, a longtime San Jose developer, told Bisnow that across the board there is a lack of government services for the mentally ill and lax drug enforcement laws, which, combined with a lack of affordability, makes the crisis more acute.

“The way developers and municipalities can help is affordability by design. Instead of in-lieu fees where we have to build the same units the same size [for below market-rate units], if we were allowed to have affordable by design, which is smaller units, we would be able to put more units per building, and they would be affordable,” Swenson said.

San Francisco has attempted to approach the issue via smaller blocks of property owners forming their own business improvements districts, which have created coalitions of similar stakeholders across the city who look to resolve the worst material effects of homelessness by enacting policies like more security and frequent street cleanup.

Yet whether it is more housing, better housing, affordable housing or simply more services and shelters, the almost intractable presence of so many people living in such a small area continues to grow.

“The bottom line is we have to get these folks housed, especially in housing where there's supportive services,” Union Square Business Improvement Executive Director Karin Flood said. “The first step of getting them shelter has been challenging.”