Now in its sixth year, The Vine San Diego, an entrepreneurial community that hyper-targets tech startups, has generated 140 new companies, 1,000 new jobs and $1B in funding. 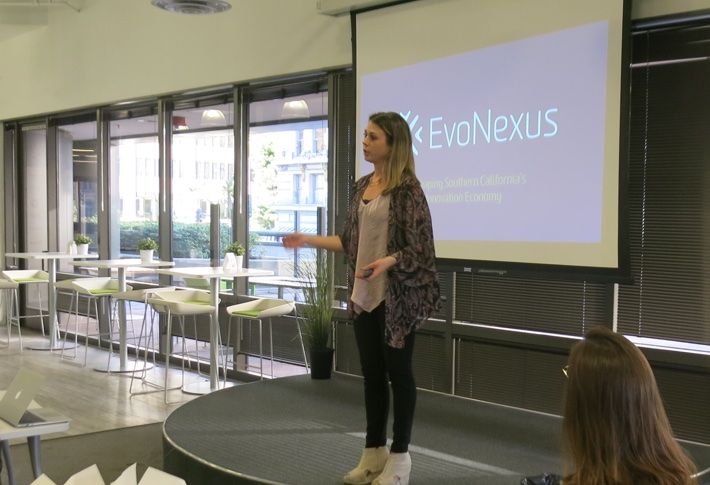 The EvoNexus incubator in La Jolla supports hardware development, with a floor plan of private executive suites where companies can set up functional lab spaces, while the downtown location is focused on software. Both locations have about 70 team members, with 15 teams in La Jolla and 14 downtown.

EvoNexus receives free space for its tech incubators from Irvine Co. in both Downtown and La Jolla and is supported financially by corporate investors, namely global technology and life science corporations. This makes it possible for EvoNexus to provide free services to startups without taking equity or charging fees, said Kayla Trautwein, EvoNexus director and senior portfolio manager for both San Diego-area incubators.

She said Irvine Co. benefits from the partnership, as many of these new companies eventually become regular tenants in its office buildings. This is not a requirement for participation in the EvoNexus program, but Trautwein said, “We highly recommend the Irvine Co. to our graduating startups not only because of their generous support and partnership, but because they are a landlord that understands the nature of early stage technology businesses.” 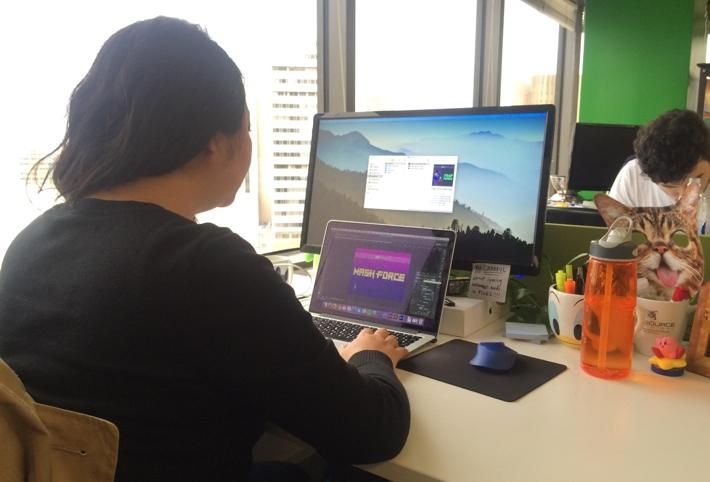 Courtesy of The Vine / Irvine Co.
The Vine co-working space

The Vine’s co-working space offers early stage companies low-cost office space in a collaborative tech community and access to educational resources that help them develop an innovative company culture, and launch and grow their businesses.

The Vine is selective in choosing startups to support, but community manager Amanda McDoulett said, “As long as it’s a strong idea and good fit for the space, we welcome you.” She said 25 teams are working in the co-working space, a collaborative community space that hosts lots of events, both educational and social.

Trautwein said EvoNexus receives about 100 applications twice a year in San Diego, but typically only admits one in 10 of the most promising startups. Applicants undergo a thorough due diligence process to ensure they have the capabilities to produce a product that is commercially viable for a large market. This vetting process lends credibility and helps them to prepare for pitches when introduced to potential funding sources, she said, noting that some startups start out with friends-and-family money, but are introduced to angel and institutional investors in EvoNexus’ network. 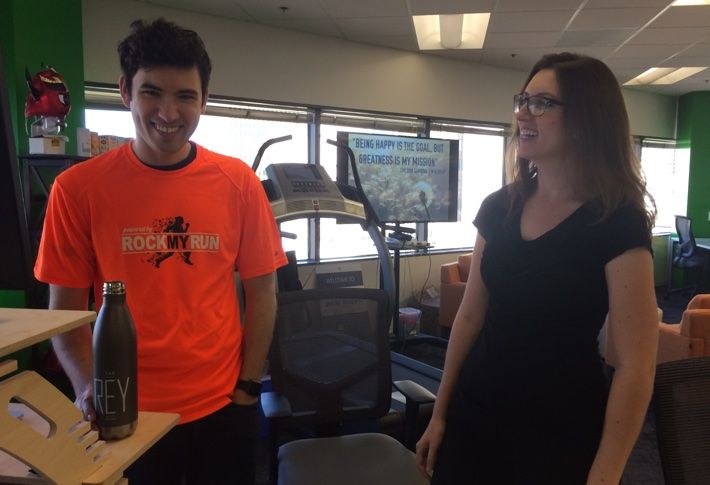 EvoNexus incubators are unique, because they provide space and mentorship to startups for up to 24 months, depending on the type of project. “This is a rare model, because most accelerators offer a four-month program,” Trautwein said. The extended time frame “allows mentors to monitor teams closely and help them reach a point of sustainability before they go out on their own.”

She also said the incubator and co-working space at The Vine SD do not represent different levels of product development, as some startups take space in the co-working area to develop an idea before applying for incubator space, or vice versa. Many times, EvoNexus startups will move to co-working after they graduate if they are not yet ready for their own private office space. She said the ideal candidate for the EvoNexus incubator program is beyond the idea phase, with a prototype or demo. 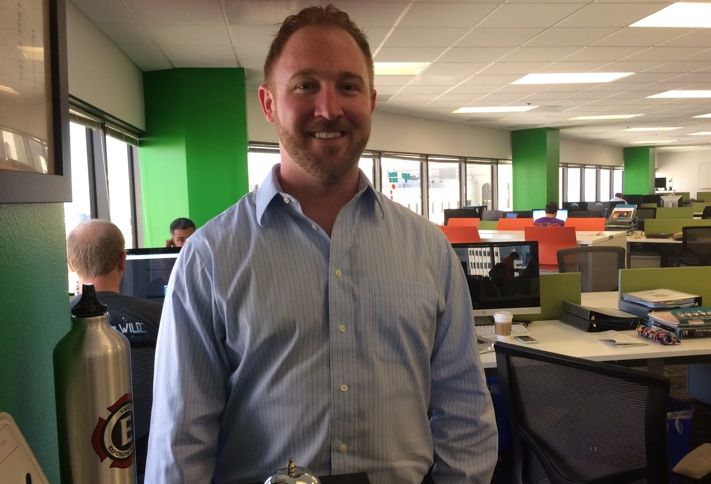 Entrepreneurs in the co-working space are in various stages of launching their products. Among them is Chris Memmott, who developed cloud-based software that provides firefighters with an app, called Vault RMS (record medical system) that tracks information around the calls they take, documenting the type of structure — industrial, residential, commercial — as well as carcinogens or communicable diseases in the case of accident or fire victims.

“Documenting these events is important to support insurance and disability cases," Memmott said. The inspiration for this technology came from a partner/investor, who is a retired, disabled fireman. “Lots of times, firemen lose out on insurance claims or workers' compensation because they don’t have documentation to verify their exposure,” he said.

A career startup professional formerly involved in a startup company that sold for $18M, Memmott raised $1.3M in angel and venture capital to develop this technology and is marketing it. So far, he has signed up 19 fire departments that pay $3/month per fireman for this service. Based on contracts in the works, he expects the company to grow from five to 25 employees over the next six months. 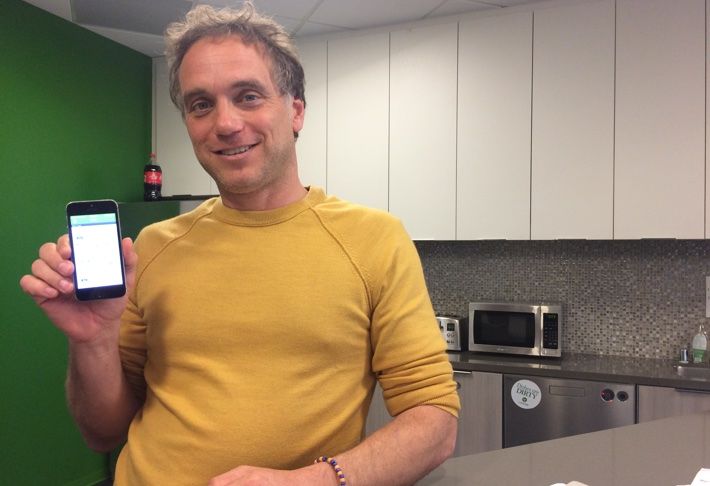 Seven Beerweiler, a mechanical engineer, came to San Diego from Germany 17 years ago as a professional motorcycle racer and decided to stay. He previously built four successful businesses, but “I’ve always wanted to do something scalable, with a massive impact,” he said.

Beerweiler’s startup team of 23 is developing software that makes motion sensors in smartphones more sensitive to produce good motion data, which can be used to calculate or predict human behavior. He said his team includes a Stanford-educated Ph.D. with an understanding of how artificial intelligence can be used to detect human behavior. This technology, which has resulted in two patents, provides the ability to track people’s driving habits or behaviors for various purposes.

The company, Tourmaline Labs, is giving away an app that employs this technology to demonstrate its capabilities. Called TripTagger, the app logs and documents miles driven and calculates travel costs costs based on the IRS mileage rate for expense reports or income tax purposes, he said.

The team is now developing LinkTagger, an app that predicts people’s driving behavior based on motion data technology. The company has raised $3M in funding so far. “We’re looking for more funding,” Beerweiler said. He said this technology has tremendous value to companies with a vested interest in how people drive. For instance, insurance companies underwriting policies for individual drivers and company fleets are interested in this type of information, as well as fleet managers who want to know if employees driving company vehicles are safe drivers. He suggested parents may also use this app to monitor their teenager’s driving behavior. 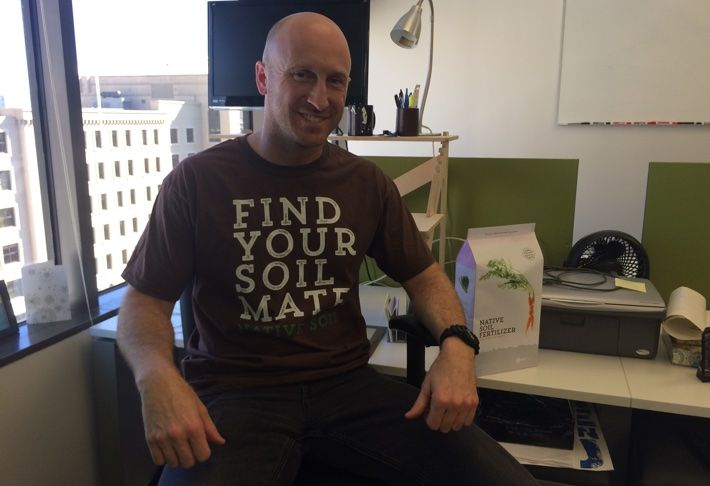 Jared Criscuolo’s Upcycle & Co. startup is a manufacturing business that recycles waste to produce Native Soil Fertilizer. Although the fertilizer is not organically certified, he said it contains naturally organic components that undergo heat drying that simulates an accelerated composting process and then is pulverized into fertilizer.

This includes spent brewery grains, algae, food scraps, kelp, fish bones and bio-solids from human waste. Criscuolo said the bio-solids have undergone a heat process at 1,200 degrees that kills all bacteria and viruses. Combined, these components contain all the nutrients needed in soil.

He said human bio-waste will be procured from the Encina Wastewater Authority in Carlsbad, which will save the facility the cost of transporting tons of it to Arizona; spent brewery grains are from Ballast Point Brewery in Little Italy; and the algae will be supplied by T2 Energy.

Criscuolo, whose company was funded by five angel investors, is in the process of establishing a manufacturing facility in a local industrial building, building up a sales force, and filing patents for the production process and product materials. He hopes to have his product on the shelves at local nurseries by March or April and then expand nationally and globally. 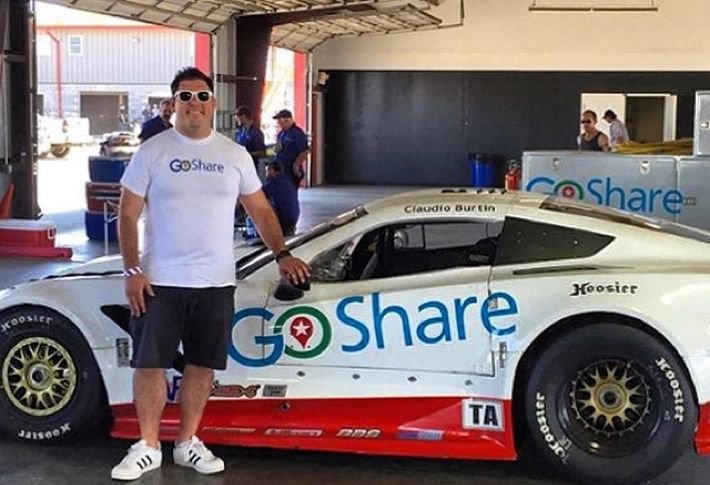 GoShare, which developed technology that provides an app similar to Uber and Lyft, but for delivery and moving trucks, began in the EvoNexus incubator program and is planning to join the co-working space. Founder and CEO Shaun Savage said his team of 15 — seven in San Diego and the rest scattered around the U.S. — will roll out this service in San Diego, Los Angeles, Atlanta, Central New Jersey and possibly select areas of New York City.

GoShare is a high-tech dispatching service that contracts with independent truck owner/drivers who, similar to Uber drivers, are dispatched by GoShare software when a user logs on and requests service. The app allows users to schedule a pickup 30 minutes or days in advance and select the type of vehicle required, and then calculates a price based on the time the job requires, rather than distance. Savage said GoShare conducts aggressive background checks on drivers and provides liability insurance and supplemental insurance to protect cargo.

The company has signed up Ace Hardware, Costco and West Elm furniture stores for delivery service. Savage suggests the GoShare service may be useful for property managers, interior designers, office furniture rental companies and other commercial real estate-related sectors that need to move equipment, furniture and other items to work sites.

“The Vine SD has grown to be an important epicenter for technology and innovation in Downtown San Diego,” Trautwein said. “Many companies that started in the 101 West Broadway building are staying Downtown, and several startups in the EvoNexus incubator in La Jolla/UTC have chosen to move to Downtown after graduation from the program. We believe this trend will continue, transforming downtown San Diego, which has traditionally been a popular place to live, into a bustling place to live and work.”