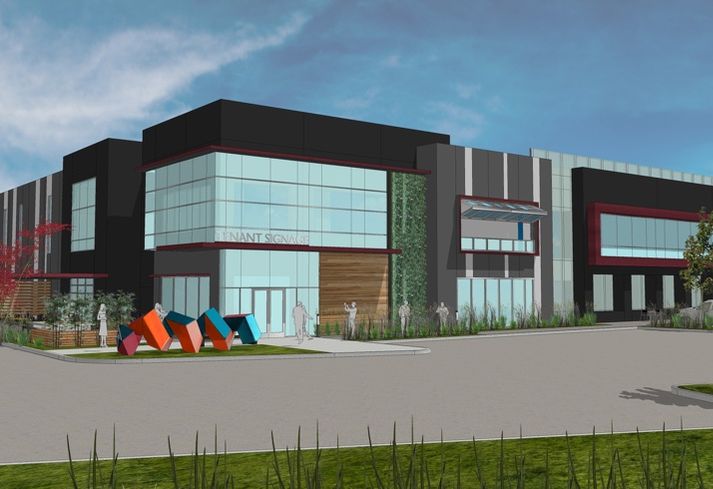 Industrial properties, the most bulletproof property type during economic contraction, topped the list of best prospects for investors in 2017, especially those serving e-commerce tenants, according to a new report from the Urban Land Institute, Emerging Trends in Real Estate. The report, authored by a team of PricewaterhouseCoopers researchers, is based on interviews with brokers, developers and other real estate-related experts nationally, most of whom believe 2017 will be the beginning of the end of the cycle. It ranked property sectors from best to worst prospects in 2017.

1. Industrial: This property type is a defensive sector, typically performing well during economic downturns. The e-commerce industrial sector, or “last mile” distribution centers that promise same-day or next-day delivery, scored the highest in the survey. North and South San Diego County submarkets have the most activity in this sector, with developers like Carlsbad’s RAF Pacifica Group leasing spec projects before they break ground, and Stos Partners recently leasing up 100% of a newly acquired building in National City while the deal was still in escrow.

The report found these facilities are in expensive locations and vary broadly in size. It also suggested conversion of warehouses to creative space as a good prospect. San Diego’s Cruzan is among developers specializing in conversion projects. Pictured is RAF Pacifica Group's planned 144,461 SF creative industrial project in Carlsbad, dubbed cre•ate.

2. Apartments: Investors continue to favor apartments as a relatively safe investment during a downturn. While urban locations offer opportunities for studios for Millennials to luxury units for empty nesters and adaptive reuse projects, affordability poses a problem, because demand continues to outpace supply. San Diego’s high barriers to entry suggest investors will continue to be attracted to this market.

3. Single-family homes: This sector remains favorable nationally, but favorability with investors has declined over the last year due to lack of debt financing. High-end projects attract the most interest. The report said this sector has a promising future, assuming Millennials will turn from renters to buyers. Once Millennials begin having families, they will leave the urban core due to “the failure of urban public education,” the report suggested. Affordability is a huge issue in San Diego with the median home price expected to rise 5.4% in 2017 to $608,316.

4. Hotels: This sector is volatile through market cycles and may have already peaked, according to the report, which said both economy and luxury hotels are lagging. The report suggested the industry has brushed off the impact of short-term rentals, despite evidence they are eating into hotel market share in some markets and restraining rate increases.

The strength of San Diego’s office market has actually ticked up over the last year, with the region adding 30,900 jobs between September 2015 and 2016, and approximately 40,000 jobs the previous year. With 5.5% growth in the local economy, the unemployment rate dipped to 4.5% in September 2016.

6. Retail: On the investment side, retail came in dead last—even lower than last year—and the rating for new development was “rock bottom.” Investors are expecting a record level of store closings due to e-commerce’s growing market share. The report found chain retailers are increasingly marketing online, but sales will not supplant brick-and-mortar stores.

According to CBRE’s latest San Diego retail report, retail asking rents increased $0.05 in Q3 2016 to $2.21 while overall vacancy increased slightly, but was down 10 basis points year-over-year, marking the lowest vacancy rates since Q3 2008. Third-quarter absorption at 176,160 SF was the largest since Q2 2011 and reflected fallout from closure of sporting goods anchors.

The report also ranked major cities nationally for a variety of investor sectors. San Diego ranked 23rd in the West for overall investment in all real estate categories. Nationally, San Diego ranked seventh for local economy; eighth for availability of debt and equity capital; 18th for investor demand; 29th for homebuilding; 33rd for development and redevelopment opportunities; and 33rd for local public and private investment. [ULI]