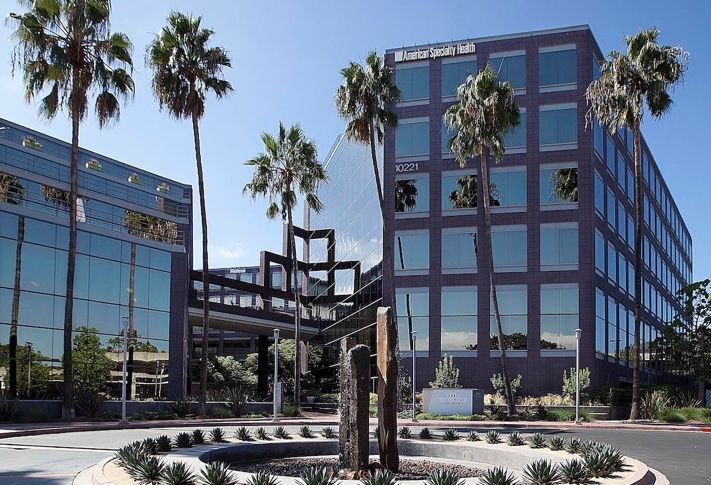 Parallel Capital Partners has completed a $2.5M renovation at The Elements at Wateridge (above), a 279k SF, Class-A office complex in Sorrento Mesa. A JV of Parallel Capital and Equity Group Investments, a Chicago-based firm founded by Sam Zell, acquired the asset in 2014 for $72.5M from Beacon Capital Partners and C-III Realty. Near the University of California, San Diego; the Scripps Research Institute; San Diego Supercomputer Center and other major research facilities, Sorrento Mesa is a hub for defense and communications technologies, software development, life sciences, biomed and pharmaceutical research.

Over the last year, the property’s nearly eight acres at 10201, 10221 and 10241 Wateridge Circle has undergone a complete overhaul of common areas, including landscaping that incorporates seating areas adjacent to water features and newly painted interiors. Parallel Capital CEO Matt Root says upgrades have made the complex attractive to a variety of tenants, including R&D, technology, medical and commercial firms. The office campus is now 86% occupied. 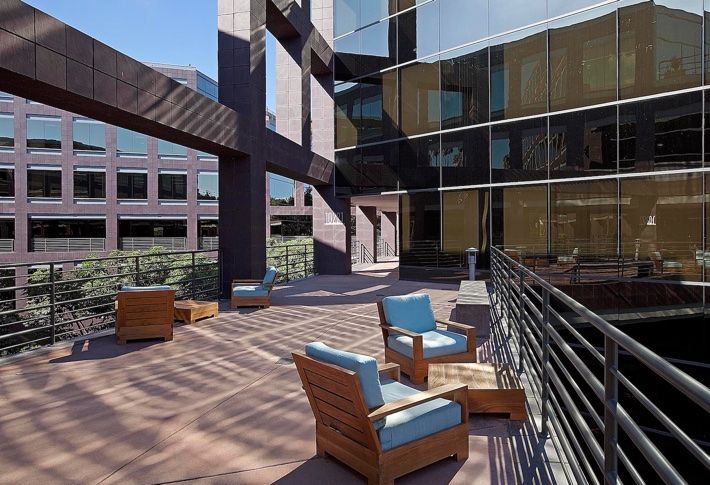 Three tenants inked deals for a total of 40k SF, he says. All three leases are for five years or more in the building at 10201 Wateridge Circle. The new tenants are locally based Ntrepid, a provider of cyber-security software solutions; Amobee, a global technology marketing firm; and Japan-based Daiichi Sankyo, a global player in the pharmaceuticals R&D and marketing sector.