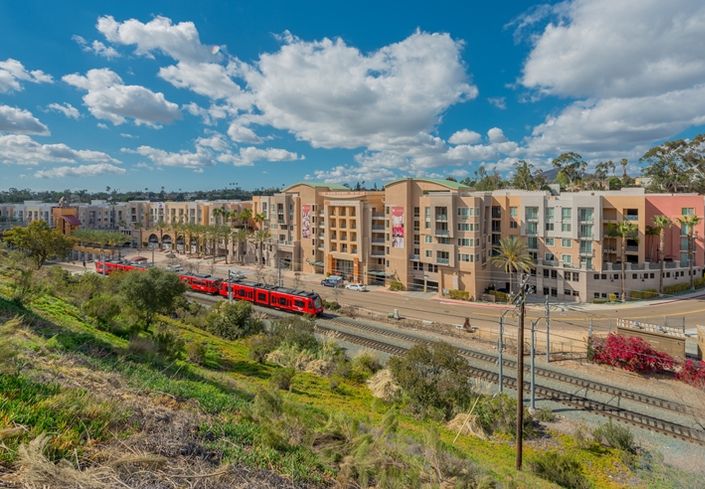 TruAmerica Multifamily and Intercontinental Real Estate Corp. have acquired the leasehold interest in what the companies say is the largest transit-oriented development in San Diego County, the 527-unit Alterra & Pravada at Grossmont Station in La Mesa, for an unspecified price.

Completed in 2010 by seller Fairfield Grossmont Trolley, in partnership with the Metropolitan Transit Authority, the LEED Gold community features one- and two-bedroom units in six four-story buildings on a high-density 8-acre site. Of the 527 units, 15% are for rent to moderate- and very-low-income households.

TruAmerica and Intercontinental plan a capital improvement program that will consist of a modest refresh of the nearly 10-year-old interiors as units turn, and upgrades to common amenities such as the property's two clubhouses, two pools and pool decks. An exterior renovation program will include new landscaping and paint.

The average weekday boarding count at the transit center is more than 2,600 riders, making it one of the heaviest-used stops in San Diego County, according to TruAmerica.

“High-density, transit-oriented developments such as Alterra & Pravada are examples of smart growth that promote housing affordability and reduce traffic congestion,” TruAmerica CEO and founder Robert Hart said in a statement.