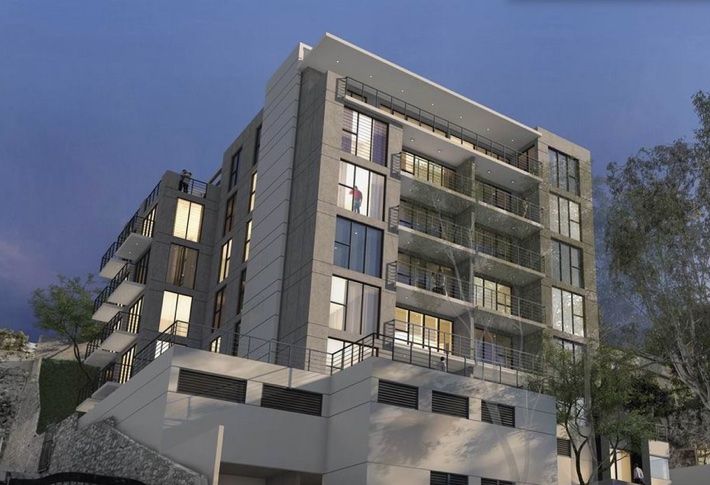 A construction boom expected to change the Tijuana skyline is underway in Downtown Tijuana, with about 2,000 condos under construction. A lack of new home and condo development since 2007, along with in-migration of new residents due to increasing business activity creating good-paying jobs, is driving current development, Sergio Arturo Gonzales told the San Diego Union-Tribune. Sergio is business developer for Probien Bienes Exclusivos, a TJ real estate agency and marketing firm.

Above is Highland La Cacho, a project by Urban Living.

ADAMANT Tijuana is building a 30-story condo complex with 200 units. 142 units have pre-sold, even though construction will not be completed until the end of 2017. ADAMANT sales director Abril Rodriguez attributed the healthy sales activity to the project’s prime location in the urban core, within an easy walk to restaurants, shops, entertainment and other retail services, as well as competitive pricing and the project’s luxury amenities. Pictured below is the fitness center at ADAMANT Tijuana. 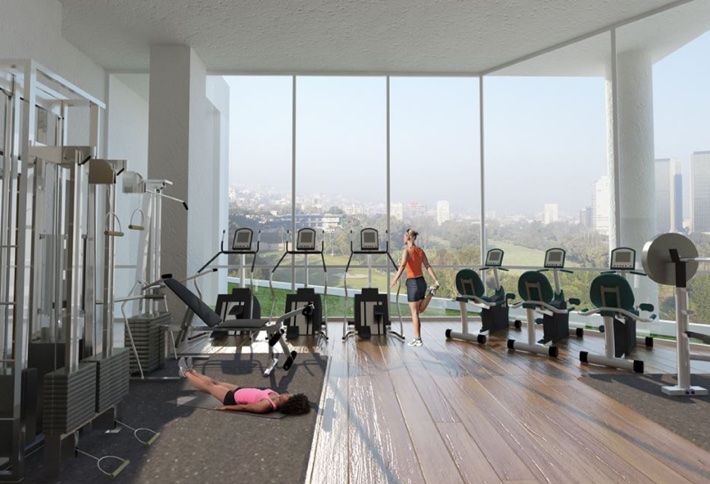 Nearly completed, Horizonte Luxury Condos, near the ADAMANT project, offers three-story, three-bedroom condos, with resort-style amenities and expansive views of the city, for $480k. Another condo tower will be completed in December. A three-bedroom, two-bath condo at Highland La Cacho sells for $195k.

Additionally, local developer Bajalta California will begin construction on a residential mixed-use project (below) in the urban core with 400 condos in multiple towers, shops, restaurants and entertainment. These condos will be priced from $150k to $300k. 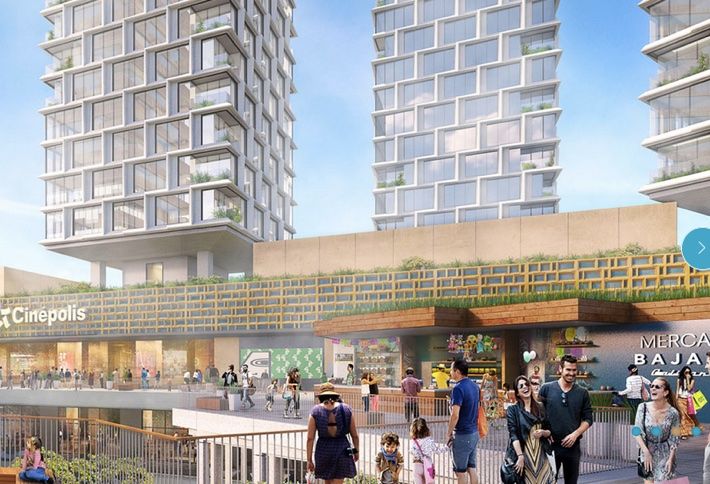 According to Sergio, condo buyers are primarily Mexican nationals moving to Tijuana to work at new factories and corporations, but a small percentage of them are Americans—mostly of Mexican-American heritage. He said TJ is attractive because its offers the best of all worlds, with a mild climate like SD and close to the US border, but with Mexico pricing.

Due to resident concerns about new residential development increasing traffic in the center city, the city has restricted the number of permits that will be issued. But Sergio said this is not deterring developers nor buyers looking for luxury condos. “There’s a lot of real estate investment,” he said. "People believe in Tijuana.” [SDUT]