There could be a moderate correction in the cycle in the year ahead, but multifamily will continue to perform well for the long term, according to MG Properties CFO Joe Anfuso. 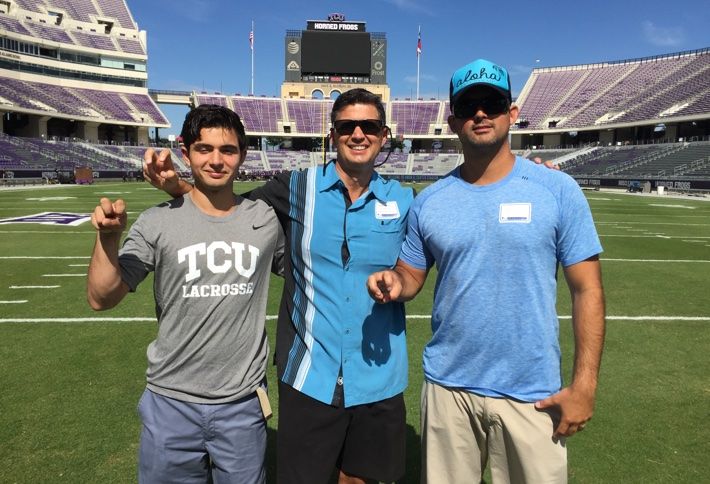 Locally based MG Properties Group, a value-add owner/operator capitalized by high-net-worth and institutional investors, owns and operates 53 multifamily communities with more than 13,000 units throughout the western US. Joe says the firm owns and operates eight multifamily assets in the San Diego region with more than 1,500 units. Pictured is Joe (center) with sons Gianni and Joseph at the Texas Christian University stadium prior to the TCU vs Oklahoma game during a recent Lacrosse TCU recruiting trip for Gianni.

“We believe multifamily will perform fairly well over the long term, with the exception of intermittent hiccups," Joe says. "San Diego’s population is growing, and people need a place to live, even in economic downturns." He says MG Properties takes a long-term approach to acquisitions, holding for seven to 10 years on average.

Finding properties that meet his firm’s acquisition criteria has become more difficult over the last two years due to competition for available assets, along with declining cap rates and rising values. “Properties with 200-plus units that were built in the 1980s to early 2000s are our bread and butter,” Joe tells Bisnow. He says his company acquires suburban assets with a value-add opportunity and invests $2M to $10M to modernize interiors and upgrade amenities. 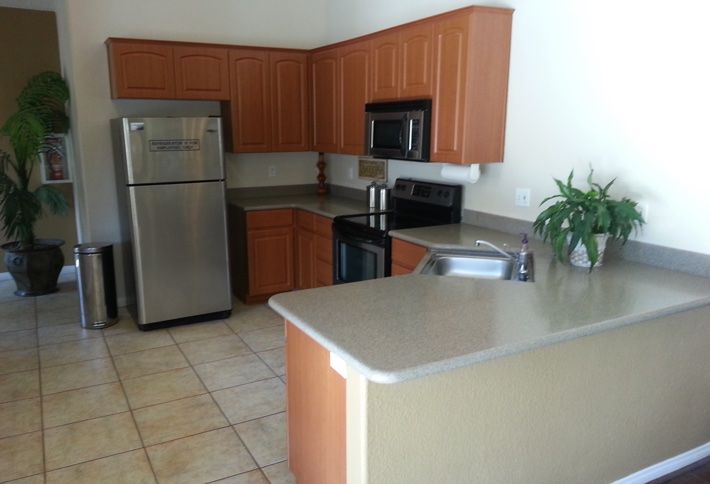 “People aren’t paying Class-A rents, but get a good value for their dollar,” he says. Suburban rental rates vary throughout the county, ranging from approximately $1.80/SF in South County to $2.50/SF in North County.

For example, MG Properties recently closed on a 183-unit property built in 1981 in South County and plans to spend about $9k/unit to modernize interiors and about $2M on the exterior—about $3.5M overall to rehab the project. The exterior facelift includes upgrades to the pool, clubhouse and fitness center. When completed, rents will be raised from $1.80/SF to $1.90/SF and are expected to increase in the future.

Above is the clubhouse at Tuscany Ridge apartments in Temecula before MB Properties updated it. Below is the interior after it was updated. 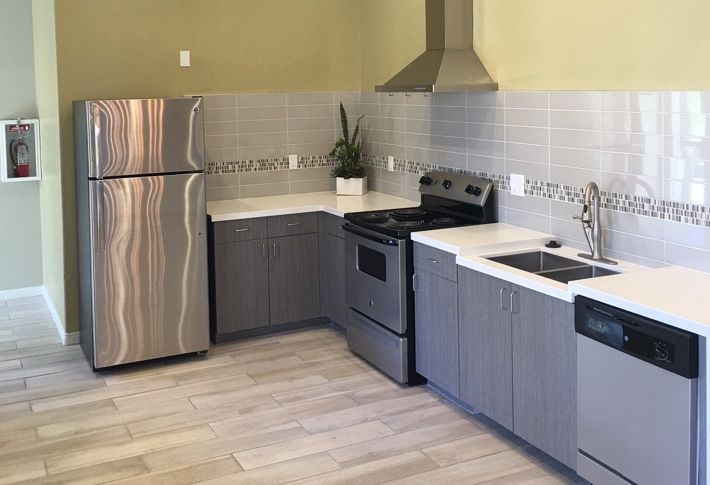 The biggest worry for the commercial real estate industry right now is the potential for rising interest rates, he says, mentioning the Treasury has already boosted interest rates 60 basis points since the election. “We’re an interest-sensitive industry, so we have to reassess where we’re at according to where interest goes,” Joe says. “If there’s a dramatic shift in the market, typically there’s inaction. Everyone stops to assess where the opportunity is, as the bid-ask spread is uncertain between buyers and sellers. Once certainty returns, deals will begin to happen again." 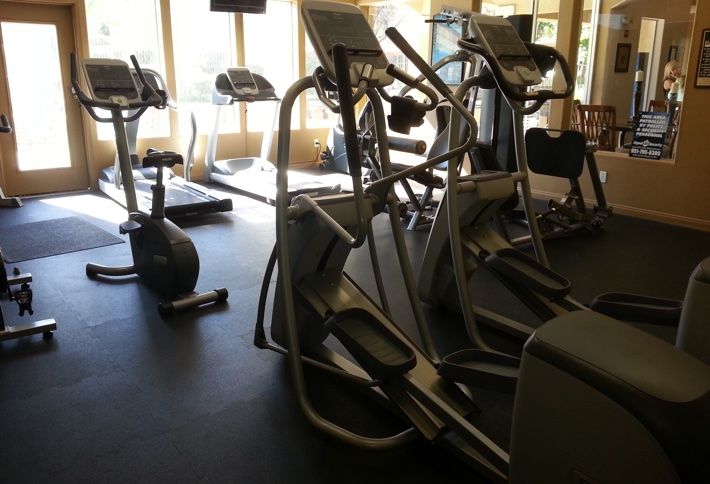 Joe predicts de-escalation in property appreciation over the coming year and deceleration in the rate of rent growth. He says rents in Downtown will slow and stabilize for two reasons: new supply in the urban core is far outpacing any suburban markets, and rents in downtown are butting up against renter affordability. He believes this bodes well for suburban apartment markets. “People have to make a decision about where they want to live according to their income,” Joe says.

Above is the fitness center at Tuscany Ridge before it was updated, and again below after updates. 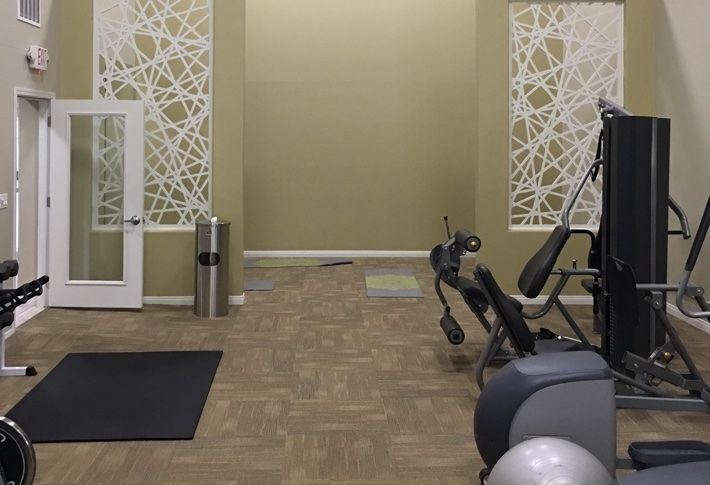 Few projects are getting built outside of the urban core, because of community opposition to density, he says. “California is a difficult place to get anything built. You won’t see any big master planned communities,” he says, citing the recent ballot failure of Lilac Hills Ranch in East County. “Once you have yours, you don’t want anyone else to have it too,” he says, adding this isn’t just about NIMBYism, but a mentality in California that makes development a long, arduous, expensive process with no guarantee of winning. 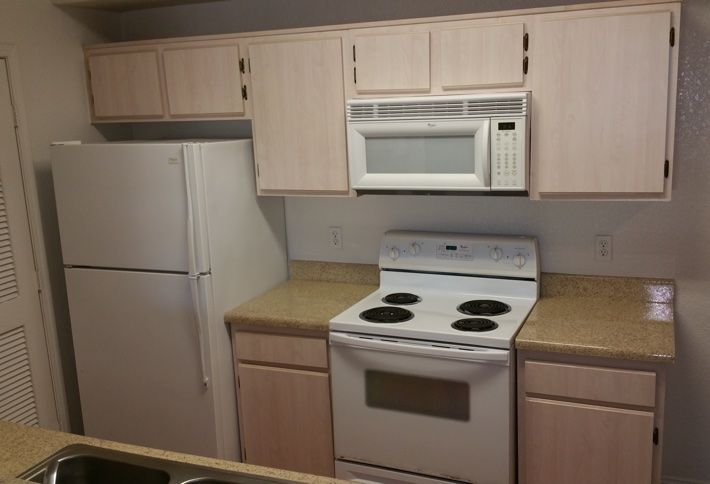 Joe says the City of San Diego did an exceptional job in revitalizing Downtown. “Creating a master EIR for Downtown was brilliant, because it expedites projects as long as developers stay within the guidelines.” He says, however, that development in Downtown has become extremely expensive, which is why rental rates will be under pressure, and deceleration in the urban core is expected.

Above is a kitchen in a Tuscany Ridge unit prior to renovation. Below is an updated apartment kitchen. 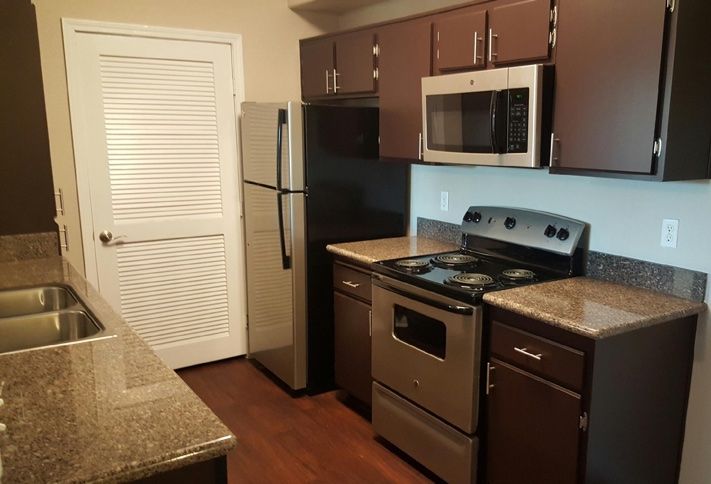 “We’ve gone through 35 years of decreasing interest rates, and the majority of people working in this industry have never had to deal with a rising interest rate environment,” Joe says. Rising interest rates "will separate the really good operators from those who just benefited from low interest rates and corrected their mistakes, and create opportunities for people who are leveraged correctly and prepared.”