Merge 56 Gets The Green Light From San Diego 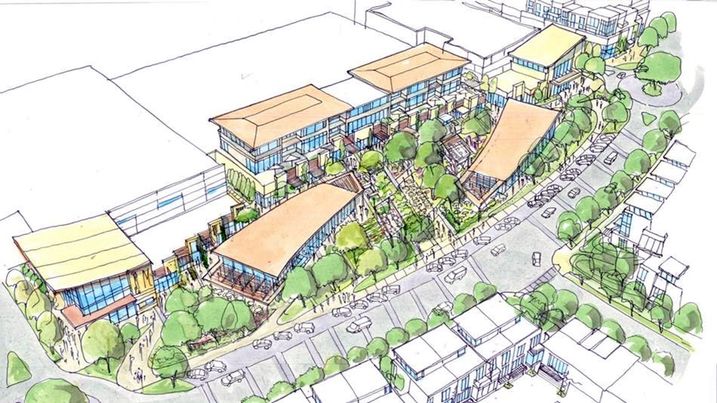 When completed in 2021, the property will include 242 residential units, office space and retail that will total about 500K SF, and a hotel and movie theater. Latitude 33 obtained necessary engineering, grading and entitlement permits for the development of the master plan.

The property has been a long time in coming. Back in 2004, the city approved the Rhodes Crossing project, a larger 147-acre project that was to have been a more standard suburban development, including a big-box retail store surrounded by a lot of parking, with some apartments and a self-storage facility thrown in.

That plan didn't survive delays caused by the recession and an environmental lawsuit. Merge 56 will, by contrast, be a densely built, walkable community, the San Diego Union-Tribune reports. Forty-seven of its housing units will be for low-income residents.

Among other features, the project will include gathering areas and green spaces to create a sense of place. Instead of filling an expansive parking lot, cars will be tucked away in four parking structures behind the development's other buildings.