The post-election financial and federal tax and regulatory environments pose both positive and negative consequences for commercial real estate, according to CBRE Americas head of research Spencer Levy. 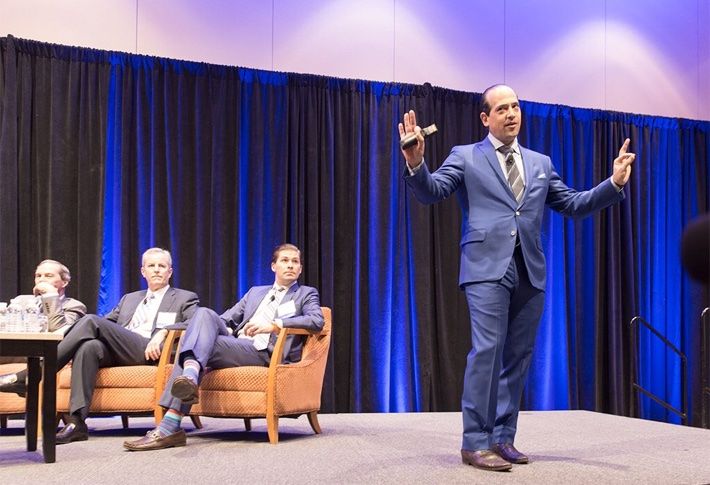 While interest rates initially rose 70 basis points following the Nov. 8 election, they have moderated to about 50 bps and are having a minimal impact on commercial real estate transactions, he said, citing a CBRE study that examined 189 transactions nationwide with an aggregate value of $10B. The study found the rate hike so far has had little or no impact on two-thirds of deals nationwide, with an average 3% downward price adjustment (from 0.4% to 11%) on the other one-third of transactions.

“We saw deals re-trade from 1% to 5% on acquisitions that were not rate-locked,” said Scott W. Peterson, CBRE senior vice president in the San Diego office. “Locally, deals were re-traded on the higher end of that range due to lower cap rates and, therefore, had a greater impact on higher cost of capital and lower loan proceeds due to DSCR (debt-service coverage ratio) tests. On the other hand, the Fed is expected to raise rates three more times this year, with a target total of 275 to 300 bps by year end, as well as two or three in 2018 and three in 2019."

Interest rates impact cap rates and ultimately property valuations, Levy said, and the biggest risk to the commercial real estate sector is that under proposed GOP tax reform and a subsequent boom in investments, the economy could get so overheated that the Fed might raise rates higher than expected, which could throw the nation into another recession. 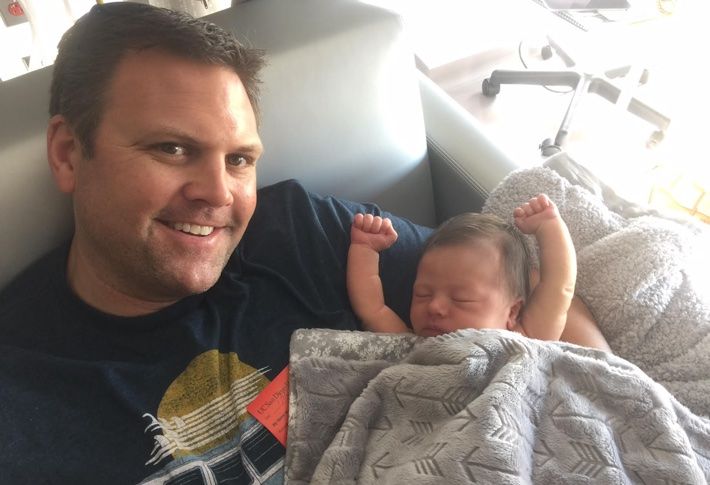 Cap rates rose slightly for some property sectors and markets in response to the interest rate increase or remained stable the second half of 2016, according to CBRE analysis. The exception was in SoCal, where all three major markets — Los Angeles, Orange County and San Diego — experienced declining cap rates, in part due to an influx of foreign capital.

Los Angeles is one of only two markets expected to show broad cap rate decreases across all office segments in the first half of 2017. All three markets experienced cap compression in the retail sector in 2016, but San Diego tops the list. Los Angeles and San Diego multifamily cap rates at 4% are among the lowest in the nation, and California leads the nation for lowest suburban multifamily cap rates. 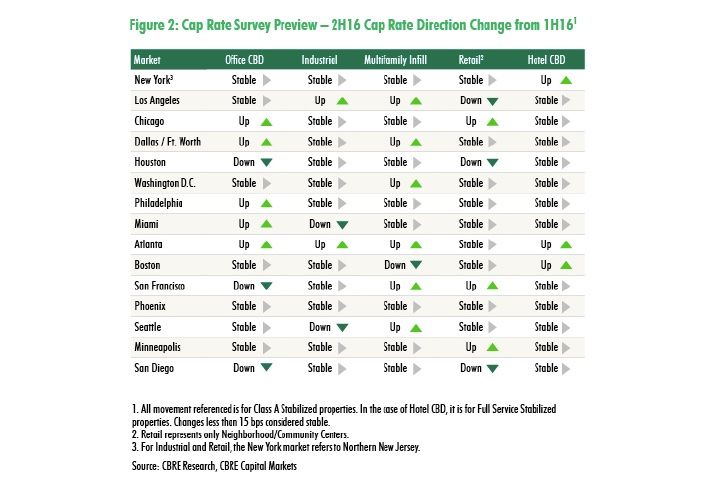 The low multifamily cap rates are a reflection of the state’s shortage of rental housing, growing economy and large renter population, all of which contribute to strong multifamily supply/demand fundamentals and have fueled investor demand to drive cap rates to record lows. 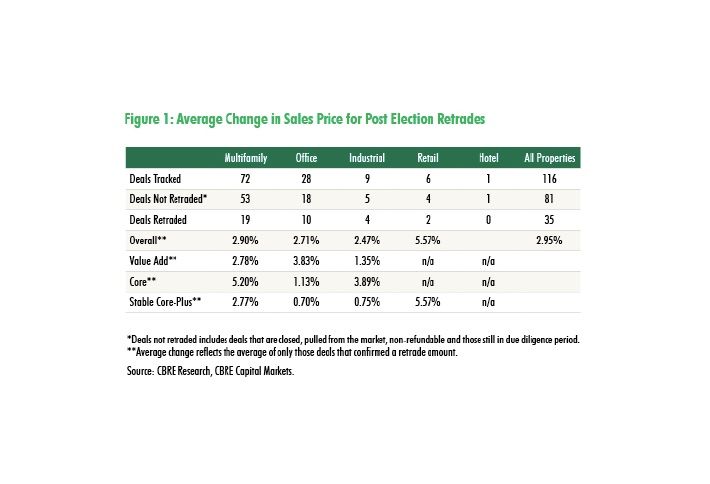 At first glimpse, the GOP’s tax reform proposal appears to provide a lower, fairer income tax that is revenue-neutral, according to Levy, but it includes both positives and negatives for commercial real estate.

It would create three tax brackets, with the lowest at 12%, up from 10% currently. The top marginal income tax rate would be reduced from 39.5% to 20% under the House plan or 15% under President Donald Trump's proposal, and the top capital gains rate would fall to 16.5% — its lowest level ever — down from 23.8%.

Tax reform would reduce taxes for all income levels, but would benefit the highest income households the most, according to a U.S. Tax Policy Center analysis of both the House and Trump tax proposals. TPC estimated federal revenue would fall by $6.2 trillion over the decade before accounting for added interest costs, causing the national debt to grow to $7.2 trillion during that same period and reach $20.9 trillion by 2036.

The House plan would eliminate most deductions, including interest, except interest on home mortgages and charitable contributions, but both of these deductions would be capped at a yet-to-be-determined limit. Trump's plan would retain most deductions, but set a limit of $100k for individuals and $200k for couples.

Businesses would be able to fully expense all real estate investments except for land in the first year, rather than depreciate it over a long, scheduled period of time. “The intent behind this is to spur more capital spending to stimulate the economy,” Levy said. He said this would force developers to depend on capital spending to shield them from taxes, rather than on financial means to make projects pencil.

Full expensing would also eliminate the 1031 exchange, he said. This is because it would provide a de facto like-kind exchange for all investments but land, allowing a property owner to sell an asset and effectively defer paying capital gains tax by immediately purchasing another asset. 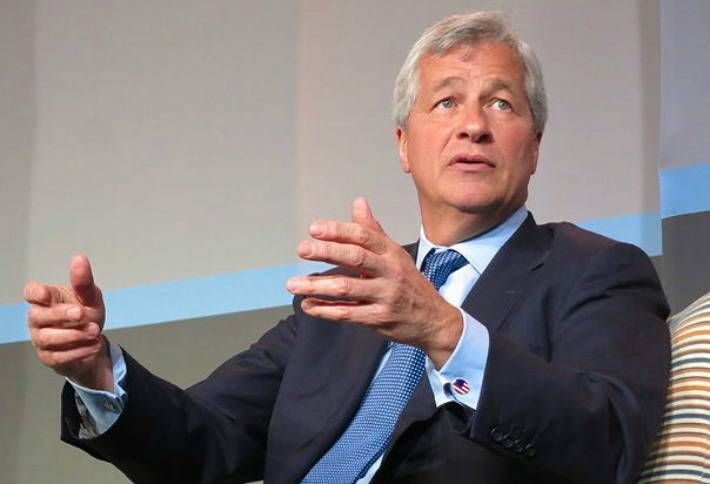 Members of Congress have suggested an August vote on tax reform, but Levy said Jamie Dimon, president and CEO of Chase, who previously served on the Federal Reserve Bank of New York and chaired the executive committee of The Business Council, believes no tax reform is forthcoming until next year due to the GOP's priorities. This includes replacing the Affordable Care Act and infrastructure improvements.

Levy suggested replacing the ACA will push back a tax reform date, because the GOP has realized that this is a more complex undertaking than anticipated. Proposed infrastructure improvements would have a beneficial impact on real estate depending on what type and where they are located, he said; infrastructure improvements, including fiber optics, nearby or in conjunction with new projects would have the most impact on commercial real estate. 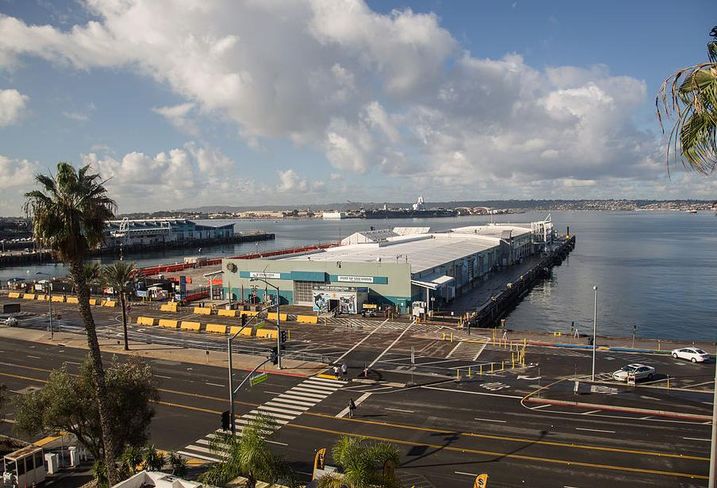 One of the most contentious Trump administration proposals is the plan to impose a 20% tax on imports, while eliminating a tax on exports. Retailers are the most aggressive group lobbying against the tax on imports, Levy said. Retailers that rely heavily on imported goods to be competitive, particularly apparel retailers, would be hardest hit, but it would have little impact on the American economy and the majority of consumers, the New York Times reports.

A 20% import tax may mean less cargo entering the Port of San Diego and other ports of entry throughout Southern California, including the port of Los Angeles and Long Beach.

If a border tax is imposed on imports, American industries importing all types products and resources, such as automakers, medical device and electronics manufacturers, chemical companies and oil companies, could face hefty tax bills. Consumers in rural America would be hurt most by the tax on imported oil, Ed Hirs, a managing director of Hillhouse Resources, a Houston-based oil and gas company, told the Times.

Exporters like Boeing and farmers could lose sales if other countries retaliate. Wall Street banks could lose overseas contracts to represent initial public offerings if foreign governments respond to a U.S. import tax by encouraging companies to take their business to European or Asian bank rivals.

Overall, Levy believes tax reform will boost economic growth and increase job opportunities. He said the economy’s continued slow 1.2% growth in gross domestic product since the recession is pathetic, and the low unemployment rate artificial, with many unemployed dropping out of the job market.

“I support anything that stimulates the economy and commercial real estate,” he said.