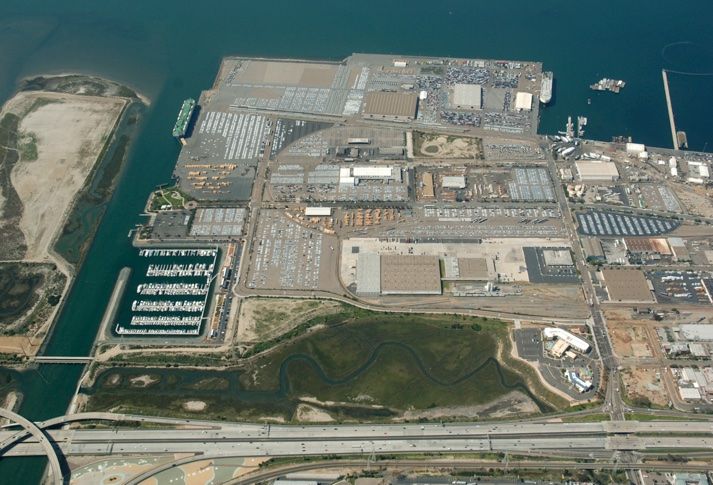 The Unified Port of San Diego (UPSD) board has initiated a plan to give National City Terminal, which is dominated by auto importer Pasha Automotive, a makeover, unanimously voting last week to launch the project’s environmental review process. The plan will give the port’s biggest moneymaker more room to grow and provide the public more fun space on the waterfront. The UPSD collects about $30 for every vehicle imported through the terminal, which moved through 425,253 vehicles last year, according to the San Diego Union-Tribune.

The plan would eliminate space used for streets and resting areas to provide more room for vehicles. Features include expanding Pepper Park from 5.19 acres to 7.69 acres, and adding a rail line along Marina Way to give Pasha the ability to move vehicles day and night. Currently vehicles can only be moved at night, but the additional track would connect directly to BNSF Railway’s National City yard, giving Pasha more rail and car storage, allowing it to get in a second daily run.

The plan would remove portions of Marina Way and West 32nd Street to make way for more commercial space. It also would take .59 acres used to berth recreational boats at the southern tip of the terminal to use for commercial development. The plan must now be approved by the California Coastal Commission. GB Capital has proposed using the additional space for a luxury RV resort, an 11-story hotel and conference center, and boutique hotels.  [SDUT]