With Or Without A New Stadium, Raleigh-Durham One Of The Nation's Top Growth Markets

Raleigh, and the entire Triangle market, is on the verge of a very big deal. If Major League Soccer awards the city an expansion team, its location in Downtown Raleigh would set in motion significant development.

More than that, MLS would add to the distinctiveness of the region, something that is happening anyway, according to the speakers at Bisnow's first Raleigh-Durham State of the Market event, held at Paradigm Park. 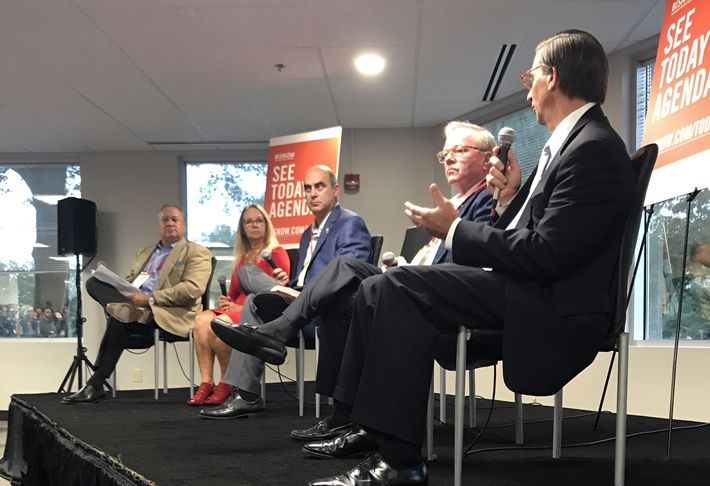 The first panel at the event took up the subject of placemaking in the context of Raleigh-Durham's growth. Placemaking is a little hard to define, but everyone knows when they have experienced it, and cities benefit economically by attracting residents and visitors with distinctive places, the speakers said.

The big news in placemaking in Raleigh right now is the proposed public-private partnership to build a mixed-use community featuring an entertainment, sports and athletics venue that will be the home of an MLS team.

"Frankly, it will be a jewel of a gateway to the city. What you can do with stadiums today by wrapping them with translucent skins and using LED lighting is amazing. More than that, the plan would create opportunity for additional development on the north end."

Soccer would be about 30 nights a year, but there would be at least 75 other events, Malik said.

"We're talking about 24/7 activation, since the plan calls for office, residential, hotel and ground-floor retail space."

Malik said Raleigh's chances to land the new MLS team are good, in part because some other cities' bids have slowed down, but also because "we've been working deligently to get it across the line."

Kane Realty Corp. Chairman and CEO John Kane, whose company partnered with the North Carolina Football Club on the mixed-use plan, said the opportunity to have an MLS franchise is terrific.

"The location that Steve has selected is the right one, and hopefully the state will agree with that. It will be a real benefit to the state economy, about a $2.8B benefit," Kane said.

Highwoods Properties President, CEO and Director Ed Fritsch said the Triangle is a strong competitor as a real estate market, and as it adds amenities and venues and improved infrastructure, such as the repositioned airport, it is going to be stronger.

A new MLS team and the Downtown development would be icing on the cake, adding significantly to the area's attractiveness, Fritsch said.

"To be able to create that in our Downtown, with 22,000 people exiting the stadium from an event and taking advantage of the other attractions in the area, would be strong synergistic energy." 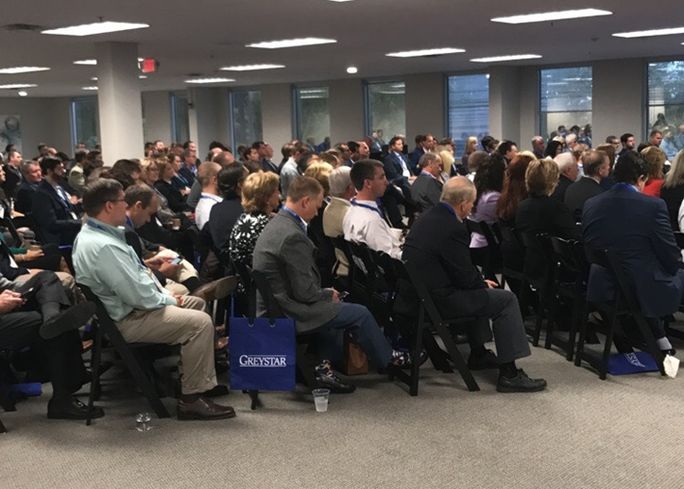 The potential for a new stadium-anchored community in Downtown Raleigh is hardly the only thing the Triangle market has going for it, the speakers said.

Census Bureau data back that up. More than 1.3 million people live in the Raleigh-Cary metro area, up 2.5% for the year ending at Q2 2017. The area was the 14th-fastest-growing metro in the country and the fastest-growing in North Carolina, followed by Charlotte, which grew 2% during that time.

Cline Design Associates Managing Principal and President Gary Cline, who moderated, cited the Bloomberg Brain Concentration Index as evidence of the attractiveness of the market. According to the index, highly talented workers want to move here more than many other tech-focused towns, such as Madison, Wisconsin, Seattle and Denver.

Growth does not have to come in the form of a splashly site selection prize like Amazon HQ2, the speakers said. Startups and midsize companies, as well as large relocations, will keep the region growing at a healthy pace.

MetLife's expansion, which will occupy a Highwood Properties development, is a prime recent example of the attractiveness of the market.

"MetLife had a lot of choices, so for them to come to Cary is a huge win. It's good for the community that they're hiring about 90% locally," Fritsch said.

"When you look at the fact that we're one of the fastest-growing large communities in the United States, that speaks to the level of opportunity that's in front of us," Redmond said.

"The best news is that it isn't just Downtown Raleigh or Midtown, but places like Holly Springs and Apex and Wake Forest are benefiting from the region's growth," Redmond said. "The Triangle is working. We're seeing more diversity of products and more price points available, even considering the rising costs that come with rapid growth." 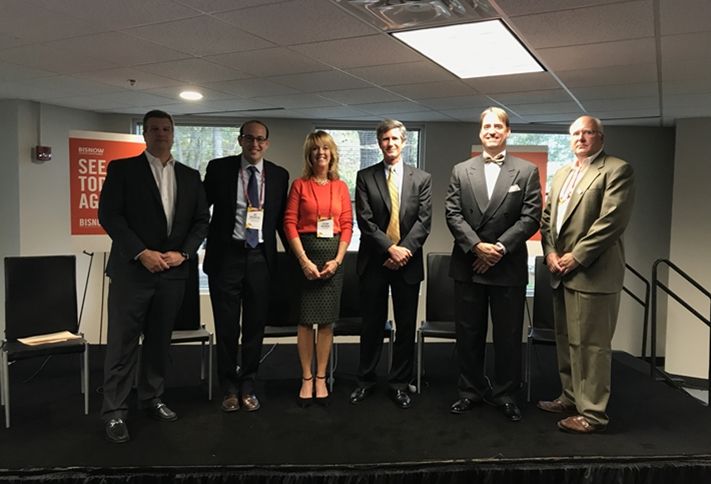 The second panel talked about the evolution of Raleigh-Durham, especially the core Downtown markets. The difference between the beginning of this century and now is night and day, the speakers said.

But that is only the beginning. Fueled by population and job growth, the Triangle markets will still be attractive in the coming years for commercial and residential development.

Continental Realty Corp. Vice President, Acquisitions Ari Abramson, whose company made its first foray into Raleigh (and North Carolina) with the acquisition of The Edison Lofts this year, said Continental Realty was attracted by the growth in population and jobs in the core center, which makes for rent growth opportunities.

"When going into a market, you need to understand why folks want to be in that market," Abramson said. "It was clear that they are coming to Downtown Raleigh for the live-work-play environment that's evolving here."

"For instance, One City Center is going to be the first high-rise in Durham with condos on the top two floors. They've already sold at huge price points."

Residential and other developments in Durham are going to have a major future impact on the Downtown area, Newman said.

"We've already seen that happen in Raleigh, with the high-rise assets that we have there. It really changes the landscape."

Beacon Partners partner Gregg Sandreuter, who is a local developer, talked about one of his early 2000s projects, Skyhouse in Downtown Raleigh.

"It was a 320-unit apartment project, and outside of student housing, it was the first multifamily high-rise building in the Triangle. It was the hardest capital raise ever."

"Now capital wants to be here. So do residents and businesses and retailers," Sandreuter said. "The transformation of Downtown Raleigh since then has been complete, and it's been quick. That's probably because we've been 15 years behind the redevelopment curve of most second-tier cities. Now we're on a growth trajectory." 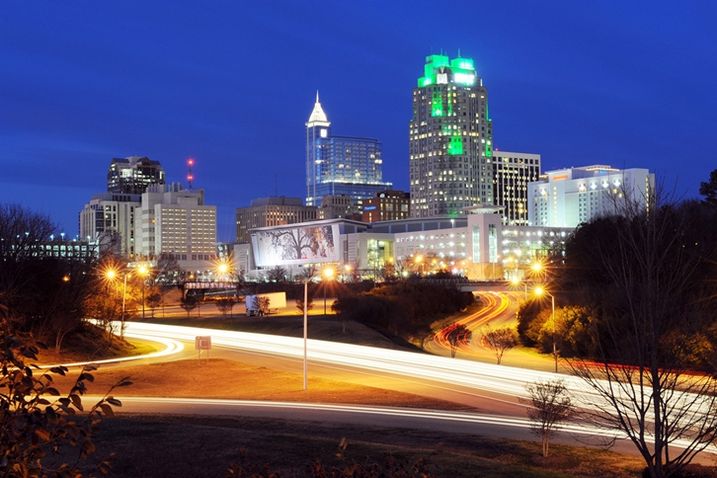 Grubb Properties Executive Vice President Joe Dye, who oversees the company's commercial portfolio — including Paradigm Park — said the transformation of Raleigh in the last 15 years has been remarkable.

"The revitalization of the area isn't just in Downtown Raleigh or Durham, but all over the Triangle. The capital coming in, all up and down the stack, is a lot more sophisticated than it used to be."

With its projects, Grubb has been part of that transformation, Dye said, such as Briar Creek, which 15 years ago was "a lot of pine trees on the fringes, which then became a driver of development." More recently, the company has taken on projects such as the office building at 1515 Mockingbird Lane, which it acquired in 2015. Grubb is now busy updating the building.

Alliance Architecture founding principal John Warasila said his company specializes in transformational projects. The firm is working with developers, artists and innovators to transform an abandoned tobacco textile factory in a residential neighborhood in East Durham into a creative campus called Golden Belt.

Warasila said it is important to think about the region as a region, because growth and innovation in one place is going to benefit the whole region. In the region, startups need space to grow into as they outgrow their initial space in incubators. Developers and architects are busy providing that space.

"The change in space design in recent years is that there's a wider spectrum now," Warasila said.

Also, there are pockets of development just outside the Downtown areas, such as Golden Belt.

"Those developments, which can offer creative space as well, are responses to Downtown price points. That's where the next tier of tenants can go."