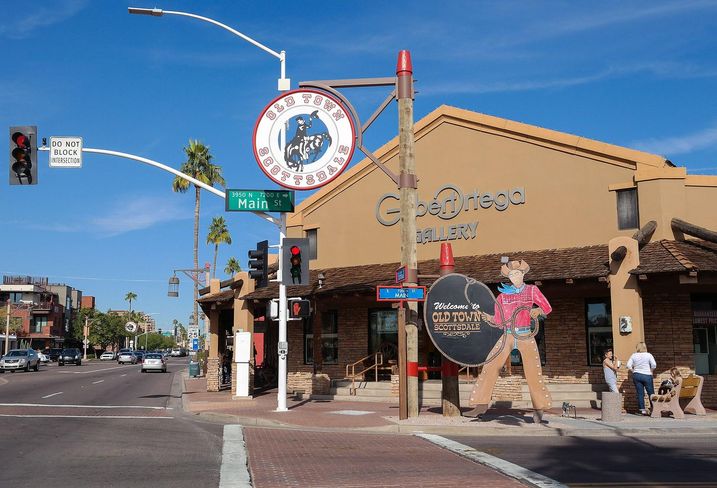 In only four months the Southbridge II project has gone from boom to bust, as it was repealed Tuesday evening by the Scottsdale City Council after an initial zoning approval in December.

The original agenda for Tuesday's virtual meeting would have repealed zoning and provided the developer, Spring Creek Development President Carter Unger, with land purchase agreements that were agreed to in December. However, city council members voiced their concern and the agenda was modified to a straight approval or rejection vote on December's zoning approval.

“There were a lot of flaws of this project, like marketing material that stated it had 30% open space when it was really 2%,” Scottsdale City Council member Solange Whitehead said. “[Unger] is new to the industry and made some anticipated mistakes when you take over the family business from an outside industry.”

The project, which was supposed to include more than 1M SF of office, retail, condo and hotel development spread across 10 acres west of Scottsdale Road and the south side of the Old Town canal, garnered scrutiny from many of Scottsdale’s 175,000 citizens, who said its planned height and density would make the Southbridge II project an eyesore to the iconic Old Town Scottsdale skyline.

The council obliged and voted 4-3 to repeal the project, which led to questioning of legality since the issue was not able to be brought to a November vote.

“I do not think it was a legal action,” Scottsdale City Council member Guy Phillips said to Bisnow Wednesday evening. “The same members that voted for it, voted to repeal it. I do not know what the difference would have been if we would have just waited for it to fail in November. I do not know why the council may have been trying to help [Unger] out of a jam.”

Tuesday evening’s vote also returned the popular rose garden property back to the city of Scottsdale. The site had been given to Unger to add value to his development.

Some council members believe that the repeal vote sets a bad precedent for future projects. Scottsdale City Council member Linda Milhaven has openly expressed her opinion that Tuesday’s decision will hurt future development projects in the Old Town Scottsdale area, which has had a reputation as a popular nightlife and restaurant destination for well over three decades.

“I think this is a very, very sad day for Scottsdale,” Milhaven said in the Tuesday meeting. “This developer has done an amazing job with more public outreach for this project than I have seen and made more accommodations for the public than I have ever seen since I have been in this position. It is a shame that project of this quality will not be coming to the community.”

Whitehead and Phillips do not agree.

“I have talked to several developers and this decision does not affect how they view the quality that comes with Old Town Scottsdale,” Phillips said. “Some developers have a problem with the bureaucracy that comes with the city, and it is our job to help them through that. A lot of people did not like this project and development. Scottsdale is a quality city and we want to keep it that way.”