Scottsdale-based G2 Capital is a turnaround specialist. But its conversion of a facility in Phoenix's Arizona Business Park into medical space for Retinal Consultants of Arizona — both office and clinical — and eventually a surgery center for Spectra Eye Institute was a tricky bit of business for Cawley Architects. 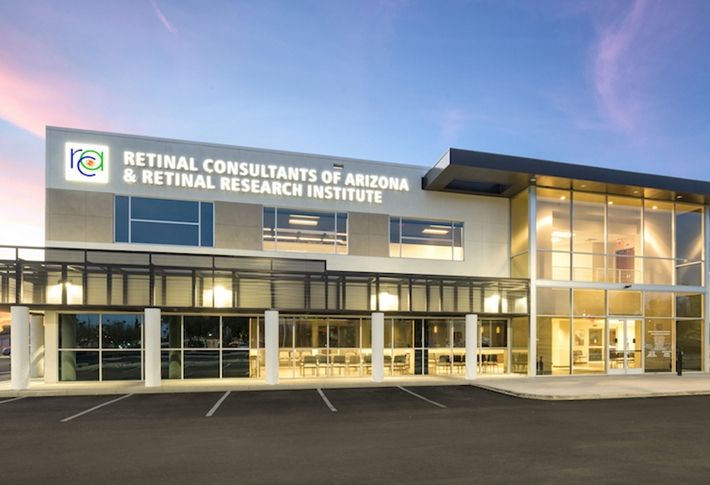 For one thing, medical space requires a highly specialized design, but the 37K SF building at 15401 North 29th Ave. had originally been developed as a large fitness center. Also, after the original owner skedaddled, the two-story concrete building was left in disrepair and vacant for more than five years.

Then there was the matter of the empty 25,000-gallon swimming pool in the building.

We spoke with Cawley Architects President Sherm Cawley about the challenges of the project.

Bisnow: G2 Capital got the ball rolling on the redevelopment, correct?

Cawley: Yes. We did the shell and the remodel for G2, who sold the property to Retinal Consultants of Arizona, the state's largest ophthalmology practice, with about 35 locations. They wanted the building mostly for their own use, occupying the first floor with clinical functions, and part of the second floor with administrative functions. 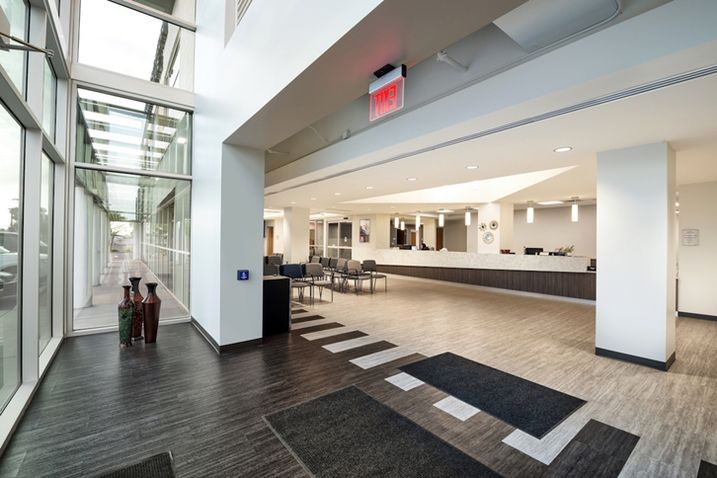 Bisnow: That is incredibly specialized work.

Cawley: It is. It's a specialized niche. Designing a surgery center is a very detailed, highly regulated process. That's one of our specialties, and Spectrum Eye Institute of course was very familiar with what needed to be done, so we were able to shepherd them through the process seamlessly. For instance, the various functions — operating rooms, reception, waiting — all are tightly defined and separated in specific ways.

Bisnow: The building as a whole used to be a health club. Why not tear it down and build something new?

Cawley: The original building had great bones, so a redevelopment was entirely doable. If at all possible, G2 prefers to salvage buildings rather than constructing from scratch, and they determined that's what they wanted to do in this case.

It was an extensive redevelopment. The entire second floor was a running track, and there was a pool on the first floor, and those had to go. Demolishing the concrete block walls on the first and second floors was necessary, leaving only the columns, slabs, other walls and roof. 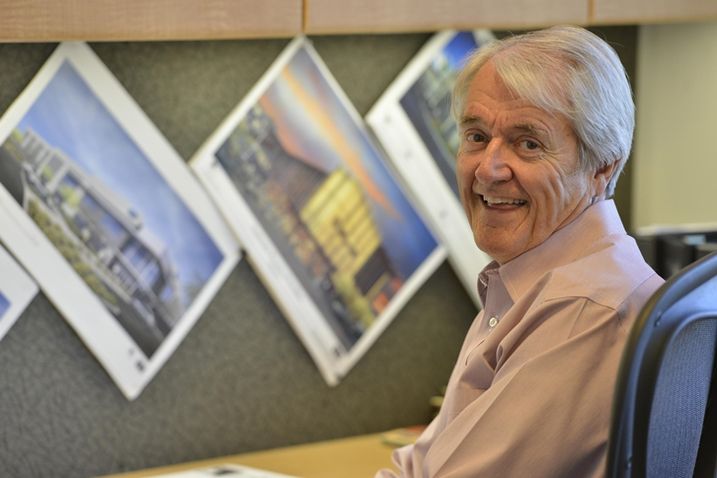 Bisnow: Was taking out the pool difficult?

Cawley: Removing the pool was a challenge, but the contractor — GCON of Phoenix — did a good job. Actually, the biggest challenge of the project was coming up with a good design for the front of the building, something that's appealing and contemporary, but which also used as much of the original structure as possible. We did that. The entrance is in the same location, but it's a new design with a new window scheme.

Bisnow: The building as a whole has a lot more windows now?

Cawley: It does. As a health club, windows weren't especially important, but as medical office and clinical space, they're very important. Natural light is very important in a medical setting. That was another reason to redevelop the building. Its rectangular shape allowed us to put more windows in than previously, letting much more light in.

Bisnow: You expect the healthcare part of your practice to grow in Arizona?

Find out more about the state of medical office space and healthcare properties at our State of Phoenix Healthcare & Senior Living Development event at 7:30 a.m. on Sept. 27. Sign up here.