Downtown Phoenix Is On The Cusp Of Being A Food, Hospitality And Entertainment Mecca

The turning point from the way Downtown Phoenix used to be — a bit sluggish — to the growth momentum it has now was not actually that long ago, according to the speakers at Bisnow's Future of Downtown Phoenix. As in, 2006 or so.

That is when Arizona State University started making its presence felt Downtown, bringing a new energy to the area that eventually sparked business growth, but also an expansion in the number and distinctiveness of the restaurants, bars, entertainment and hotels in Downtown. An expansion that has only just begun, the speakers said. 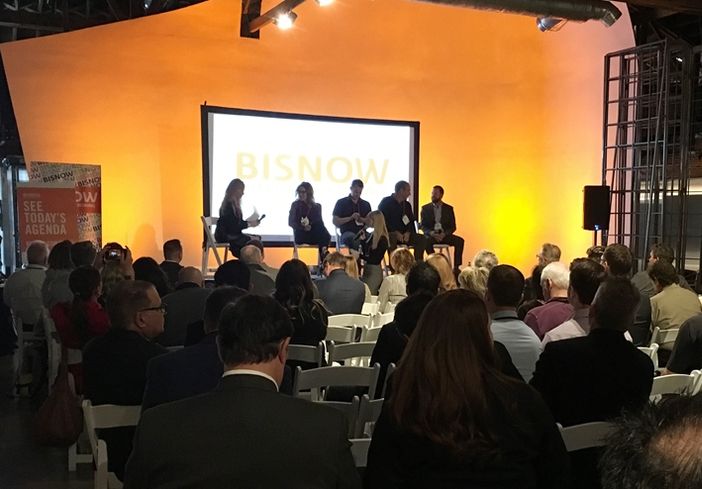 Bitter & Twisted Cocktail Parlour proprietor and principal barman Ross Simon, who is originally from Scotland, said when he first came to Phoenix in 2005, he thought it was, "no offense, a bit of a heat sink."

"There wasn't much in the way of entertainment or restaurants or bars," Simon said. "Since then, the city has become home to some amazing places, but there's still a lot of room to grow. It's an ignitive time in Phoenix, the result of which will be to make the city a better place to visit and to live."

Bitter & Twisted is one of the wave of stand-alone establishments that opened in Downtown in the 2010s. Housed inside the former Arizona Prohibition HQ at the historic Luhrs Building, it is both an eatery and a drinking space. Its cocktail menu lately won acclaim as one of the world's top 10 at the 2017 Tales of the Cocktail festival in New Orleans.

monOrchid Owner Wayne Rainey, who grew up in Phoenix, said he was ready to leave 20 or so years ago, because not much was happening here — certainly not much going on Downtown, and a meager arts scene all around.

"But I decided to stay because I saw opportunity, and I'm glad I did," Rainey said. "Now is an exceptional time to be in Phoenix, and we have the opportunity to built a city like no other."

monOrchid Gallery is in the Roosevelt Row Arts District, acting in part as a catalyst in the revival of the area, and creating the Arizona art walk known as First Friday.

Phoenicians are starved for urban experiences, which is why people are coming Downtown to support art galleries, restaurants and bars, Rainey said.

"Hotels and restaurants and nightlife has been dominated by a suburban sensibility for so long that we're eager to get out of that mindset. It will be easier to develop and try new things here than in a lot of other cities. We have a lot of land, so we can remake ourselves." 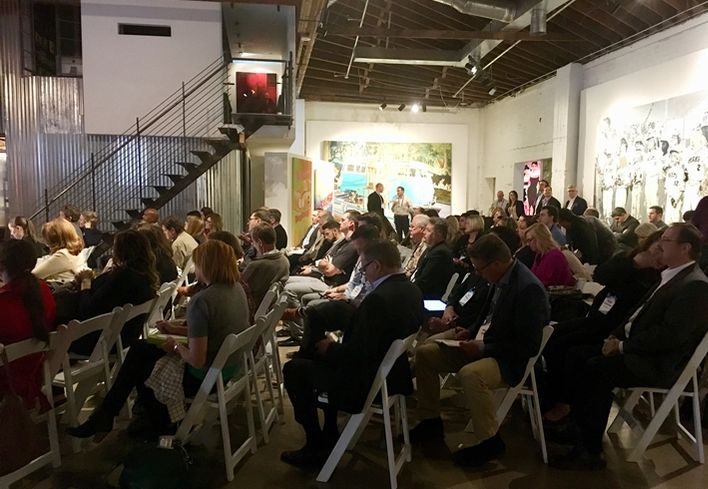 Nook Kitchen owner/Designer Erin Brown said she saw opportunity in Downtown Phoenix after the universities and the growth of biotech industry and other businesses here.

"We knew that for Downtown to work, it also needed small wonders. That's what we consider our restaurant, a small wonder. A downtown needs small wonders to be vibrant. When you go to a city, what do you remember? The food. Phoenix is now a remarkable place for food."

Brown said landlords need to help foster stand-alone restaurants, in terms of the build-outs they are willing to do.

"The restaurant industry is steering away from Appleby's," she said. "The landlords and brokers need to truly partner with restaurant owners and operators to create new destinations. It's happening in Phoenix, but it could happen more."

Nook Kitchen's Downtown location is in the Hilton Garden Inn Phoenix Downtown, an Art Deco-inspired hotel created by the recent redevelopment of the historic Professional Building on Monroe Street and Central Avenue. Among other features, the American restaurant with Italian roots has 19-foot floor-to-ceiling windows, a marble-topped bar and tufted banquet seats.

"We took on putting a restaurant in an historic building, and that costs more than a vanilla box," Brown said. "Landlords need to recognize that, and help entrepreneurs take those risks. Our landlord helped us do that, and we're eternally grateful."

Mortenson Development Executive George Forristall said revenue per available room and other growth in the Phoenix hospitality sector has driven hotel development Downtown, but the changes have been more fundamental than that.

"What's driving that RevPAR growth?" he said. "The diversity of the hospitality offerings now in Downtown Phoenix, including the leisure and corporate ends of the business, and the restaurants and bars and entertainment now in the area. That's driving people to come here."

Mortenson is at work building the Hampton Inn & Suites Downtown Phoenix off First Avenue and Van Buren Street. The company is also developing hotels in Chicago and Portland.

"In urban settings, you have to have local flavor to spice up your brands," Forristall said. "That's the way travelers want their hotels to be now, and we want to support the areas we're going into."

Phoenix has the available land to do new things, and there are designers, architects and artists here who can all contribute to making Downtown even more of a distinctive place than it is now, he said.

"Phoenix can be so much more, if we tap into the area's history and culture."