Smaller Footprints And A Greenhouse On The Roof: Grocery Chain Adapts To Pandemic 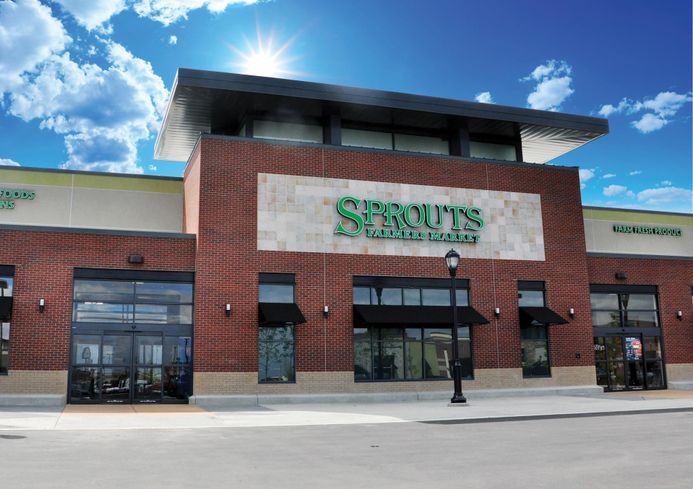 Courtesy of Sprouts Farmers Market
Sprouts will be opening 10 stores between February and July across the U.S. in three time zones.

While the retail industry is reeling from the coronavirus and its related shutdowns, traditional supermarkets and grocery stores are busier than ever.

“It is an unfortunate situation, [but] grocery stores are faring the best for retail impacted by the pandemic,” Urban Land Institute Senior Fellow Ed McMahon said. “Because we have a lot of empty retail space, you will see more expansion from food services and restaurants, and less from apparel and furnishing stores.”

Phoenix-based Sprouts Farmers Market, which declined to be interviewed for this story, has been using the boom times to expand its commercial real estate.

From Feb. 19 to July 15, Sprouts has 10 grand openings planned across the U.S., in three of four time zones. Most of the new stores are located in busy suburbs like Silverdale, Washington, or large metro areas like Jacksonville, Florida.

“Grocery stores used to never locate in city centers, only suburbs with large parking lots,” McMahon said. “They left the city centers and inner cities alone, and now they value both markets and that is where you are seeing a lot of expansion now. We have been oversaturated in retail for a long time, and now you are seeing the grocery chains take up some of that slack.”

ULI charted a 30% decline in apparel and furnishing tenants since the Great Recession, which has been balanced out with by a 30% increase in grocery store, fast-food and supermarket tenants during the same period.

Now, those new grocery stores are going from anchor store positions at shopping centers to secondary and even tertiary positions.

Sprouts currently operates over 340 stores in 22 states in the U.S. But the pandemic has changed the inside of many stores, with most things shoppers might have shared, like deli counters or salad bars, being stripped out. In the long run, that could pay dividends, analysts said, as simplified, safer store designs make future store expansions easier.

“No matter how long this current pandemic outbreak continues, landlords are going to flock to ‘necessity of life’ industries,” Mushkin said. “The smaller store model works, because our research shows that consumers want to stay close to home for their grocery shopping, and that trend is going to be even more relevant now, with states being in lockdown status.”

“These leasing departments have to be reviewing all of their agreements and looking for price breaks on their renewals,” Mushkin said. “It will lead to expansion opportunities in markets that could have been thought of as too high just six weeks ago.”

The grocery store industry is also developing different ways to use buildings, including installing greenhouses on roofs, pickup services to minimize food delivery costs and other vertical indoor farming tactics to meet the growing "farm to table" demand from consumers.

“The competitiveness of the grocery store industry leads to lower margins and an increased need for innovation,” McMahon said. “That innovation will also create efficiency and stability for consumers, which will have current and new landlords welcoming them with open arms.”