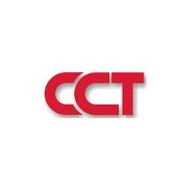 A Century Later, The Pennsylvania Separations Act Of 1913 Fails To Deliver Contemporary Results

One hundred and eight years ago, it was still common to see horses and buggies riding down the streets. Movies were silent and penicillin was 15 years away from being invented. Today, things in the U.S. look quite different, but surprisingly, there are still parts of the construction world that remain the same. At least that’s the case in Pennsylvania.

The Pennsylvania Separations Act of 1913 requires that all public sector construction projects use a multi-prime delivery system for contractors. This means that numerous contractors must be designated as equal prime contractors throughout the entire life cycle of a project, which has the potential to lead to schedule setbacks, budget concerns and a host of other complications. Pennsylvania is the only state in the country that has legislation like this on its books.

“When the PA Separations Act was enacted in 1913, multi-prime construction was accepted as the normal delivery strategy,” Keystone Contractors Association Executive Director Jon O’Brien said. “It wasn’t until the 1990s that there was a substantial push to reform or replace this act. It wasn’t the industry stakeholders leading the charge. It was actually the government.”

Some industry groups, including the Eastern Atlantic States Regional Council of Carpenters, argue multi-prime delivery systems offer benefits on certain projects. While there are still other systems that offer similar, if not more, benefits, it is time for developers and contractors to be given more choices.

“The construction industry has evolved since 1913, and the way we do business in the construction industry must evolve as well,” EASRCC Executive Secretary-Treasurer William Sproule said. "Modern delivery and bidding methods are an obvious solution to allow more flexibility and more opportunity in deciding what is the best way to finish a project on time and within a reasonable budget.”

O’Brien believes that the time to act is now, especially as the state is working hard to recover from the weight of the coronavirus pandemic.

“Studies suggest that multi-prime projects cost 10% more than projects using other delivery systems,” O’Brien said. “K-12 schools in Pennsylvania are in desperate need of repairs. If we were to modernize the Separations Act and cut overall costs, that’s more money to devote to our children and their education.”

This isn’t the first time this issue has come up for debate. In 1990, the Pennsylvania Department of General Services enlisted the help of college students to research delivery methods and prove that the state is not operating its public construction projects as efficiently as possible. Stakeholders got involved with the push for reform in the following decade. Many industry leaders said the increase in attorney involvement impeded communication between contractors, resulting in project and claim delays.

“Today, it seems that the DGS still desires change, but with the pandemic halting much of the state’s legislation, many members of the public sector may not be as vocal right now,” O’Brien said. “There are members of the Pennsylvania legislature who do still support change and view it as a dollars and cents issue. They pose the question that, if the multi-prime delivery system is such a cost saver, why aren’t other states and corporations using this strategy?”

Over the last two decades, North Carolina, New Jersey, Ohio and North Dakota modified their delivery system requirements for public sector construction. New York recently made changes to its laws, though New York City still does have some multi-prime legislation in place.

O’Brien said this antiquated legislation isn’t just frustrating on paper, it has also caused several public sector projects — including the Pennsylvania State Correctional Institution at Graterford and the University of Pittsburgh Petersen Events Center —  to be delayed, which ultimately costs taxpayers money.

“The delays and expenses of the Petersen Events Center, which took three years to complete, encouraged the Pennsylvania Department of the Auditor General study on multi-prime contractors,” he said. “The results found a correlation between the lesser number of prime contractors and an increase in efficiency.”

There are still concerns that a total repeal would leave the industry with a lack of guidelines for delivery system selection and could complicate public sector projects for years to come. Industry leaders point to the path North Carolina took toward modernizing its legislature instead.

“The Eastern Atlantic States Regional Council of Carpenters is always ready and willing to work with industry and legislative leaders to create a safer and more efficient construction industry. It is about time that a modernizing of the Separations Act is part of that discussion,” Sproule said.

North Carolina offers four delivery options: Design-Bid-Build Multi-Prime, which is the delivery system currently mandated by the Pennsylvania Separations Act; Design-Bid-Build Single Prime; Design-Build; and Construction Management at Risk. So far, this method has proven successful for North Carolina, and O’Brien believes something similar could work in Pennsylvania as well.

Now, instead of an outright repeal, the EASRCC believes that the law should be modernized to allow multiple delivery systems to be used in the public sector.

This article was produced in collaboration between CCT and Studio B. Bisnow news staff was not involved in the production of this content.