Foreclosed Toll Brothers HQ Put Up For Sale By Lender 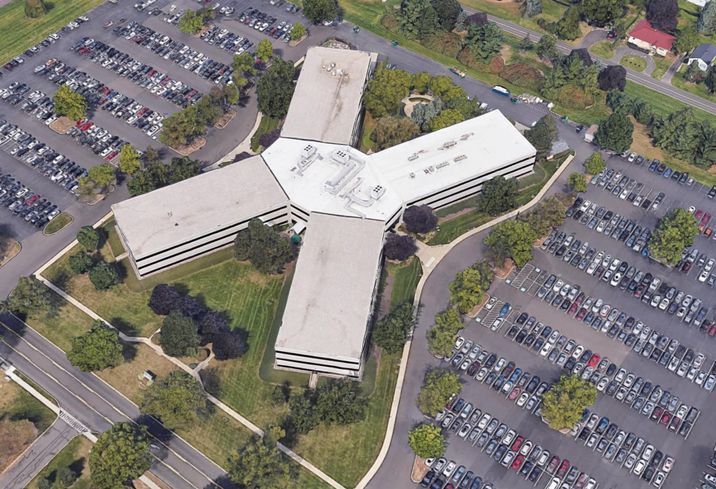 Google Maps
A satellite image rendering of 240 Gibraltar Road in Horsham, Pa., where Toll Brothers was headquartered for 15 years.

As one of the nation's largest homebuilders prepares to move into its own new home, its current headquarters faces an uncertain future.

C-III Capital Partners, an affiliate of C-III Asset Management, has put Toll Brothers' corporate office at 250 Gibraltar Road in Horsham, Pennsylvania, up for sale, the Philadelphia Business Journal reports. C-III took possession of the building after foreclosing on a loan taken out by an Atlanta LLC named Buckhead Gibraltar.

Toll Brothers purchased and comprehensively redeveloped the 203K SF building in 2004 before flipping it to Compson Holding Corp. for $38M in a sale-leaseback deal the same year, the PBJ reports. Its 15-year lease expires late this year, at which point it will move to 163K SF at 1140 Virginia Drive in Fort Washington.

Compson Holding sold the Gibraltar Road building to Buckhead Gibraltar for $44M in 2007, and Buckhead had been current on loan payments, but without a tenant to backfill behind Toll Brothers it could not obtain refinancing as its loan matured.

The LLC has relinquished the property to C-III, its senior lender, which has retained CBRE Executive Vice President Robert Fahey to market it. C-III has deep experience in foreclosing on office properties, taking possession and selling them.

Including the parking lot, the property totals 18 acres and any potential buyer could potentially redevelop the office building once again or tear it down and build new, Fahey told CBRE. No similar property in the eastern portion of Montgomery County, due north of Philadelphia, has been sold in the past couple of years, so a target sales price would be difficult to estimate.