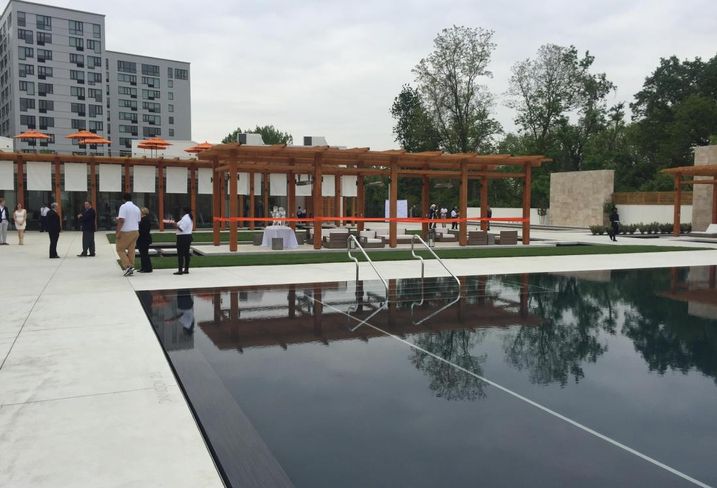 The Sora Pool Club, a facility available exclusively as an amenity to residents of Presidential City, had its grand opening on May 11.

The four-building complex at 3900 City Ave is set to be the largest residential development in Philadelphia when construction is completed in 2017. Two of the four buildings—named Washington and Madison—are already open and occupied, while the final two are already nearly fully leased ahead of their own opening, according to Mike Pestronk of Post Brothers, which is working on the $100M redevelopment.

The pool club itself is East Asian in style, with three infinity pools, including a 75-foot Olympic-sized lap pool, a center lounge pool and a play pool, ideal for children and family activities. Beside it lies a fitness center with a juice bar and a roof deck on top. 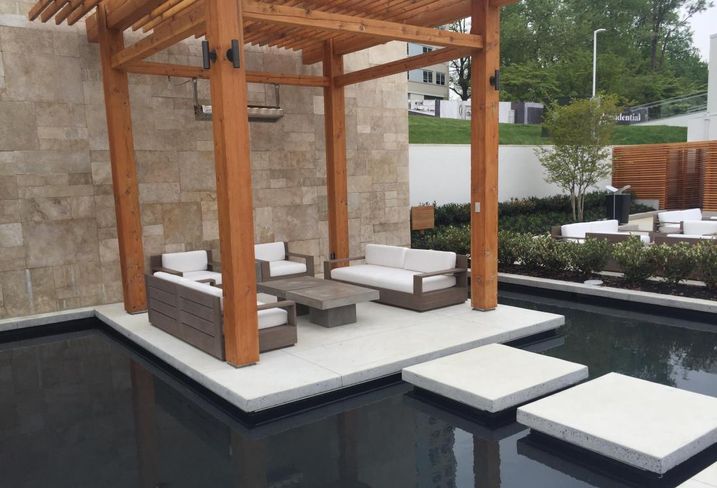 What is now Presidential City was initially planned in the 1950s by legendary architect John McShain, whose firm designed the Pentagon, the Kennedy Center, the Jefferson Memorial and other historic buildings in Washington, DC. The project’s ambition was to have a building for every president of the United States, but Post Brothers has no plans to expand beyond four buildings totaling over 1,000 residents.