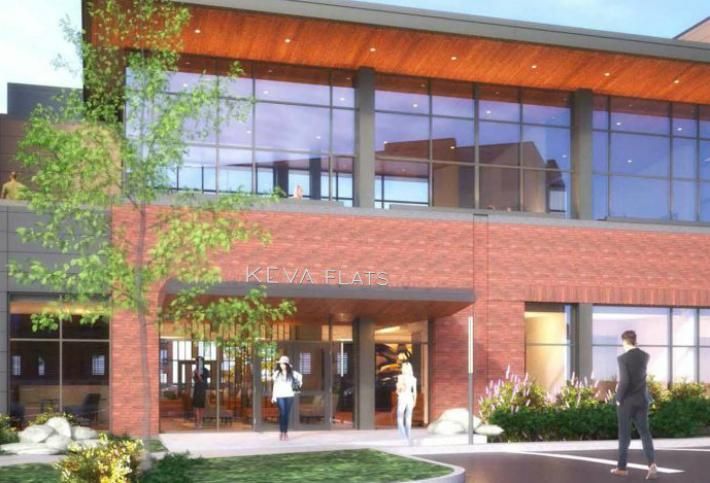 Hankin Group
A rendering of Keva Flats, a Hankin Group development in Exton

A huge amount of multifamily development is coming to the Chester County towns of Exton and Downingtown.

Hankin Group, based in Exton, is planning nearly 1,000 multifamily units across three developments in the area, the lion's share of the over 2,000 apartments in the submarket's pipeline, the Philadelphia Business Journal reports. Hanover Co., PREIT and E. Kahn Development Co. also have planned multifamily developments nearby.

Hankin Group's largest planned development is River Station, so named because it is on the future site of the relocated Downingtown station, which will service both SEPTA and Amtrak. At the junction of Boot Road and Route 322, the project is slated to have 442 apartments and 14,500 SF of retail space split between six densely arranged buildings.

The exact schedule of the train station's construction has yet to be determined, but representatives for Hankin Group told the PBJ they are proceeding with a phased construction on the $100M development regardless.

Also on the way from Hankin is Keva Flats, a $60M development behind a Kohl's store on Route 30 in Exton with 240 units spread across five buildings. In nearby Chester Springs, Hankin is planning a 230-apartment development with 120K SF of commercial space, with an as-yet-undecided mix of retail and office. The project, to be called Weatherstone, will include a day care center.

PREIT's development in the area will attempt something similar, as it has joined with Hanover to develop 350 apartments next to its Exton Square Mall.