Although rents have been rising and more buildings are being built on spec than we’ve seen in years, optimism remains strong among some of the Philadelphia industrial market’s biggest names. 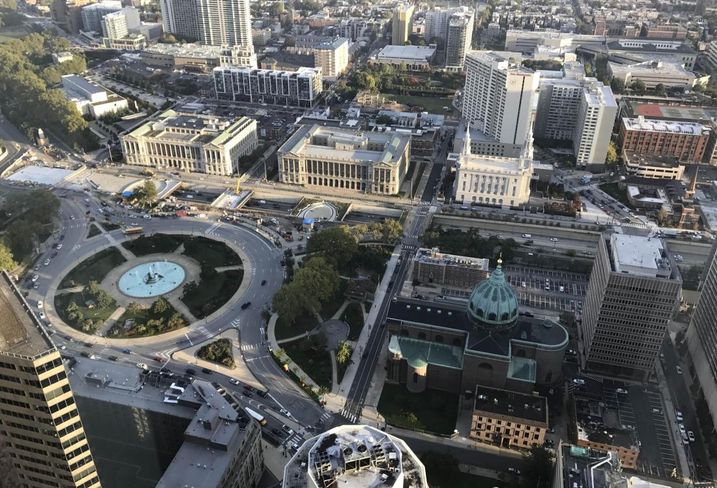 There is no more telling sign of the state of the industrial market today than the fact that manufacturing was not mentioned once at Bisnow's industrial event last week at Top of the Tower, the view from which is above.

Rather, the industry on everyone’s lips is e-commerce, which means that far and away the biggest users of industrial space are warehouses and distribution centers.

E-commerce is growing at such an astounding rate that retailers are fighting to increase their capacity to meet demand—good news for developers, who are also having an easier time finding capital than ever before.

“There’s so much appetite for industrial,” MRP Industrial’s Reid Townsend (below, center) said, “we can drive a better deal for each individual project.”

“For every dollar of industrial that’s out there, there's about four dollars of capital chasing it,” added CBRE’s Mike Hines (below, left). “What’s more, this year it’s up to five dollars as opposed to four.”

A big reason the market remains so bullish is that for all its impact on society, e-commerce still has room to grow within the economy.

"For this year, e-commerce was 8% of total retail,” First Industrial Trust’s John Hanlon (at bottom, with microphone) said. “But that was a 4.5% growth in this quarter, and 15% from the year before...and total retail only increased about 2.3% [over that time frame].” 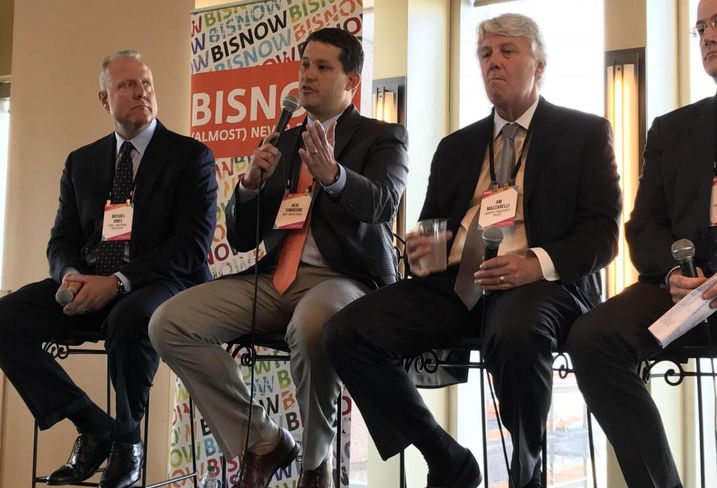 A big part of that growth is the increasing diversity of products commonly bought online. As e-commerce trades more in necessities, it becomes a more sustainable industry.

“The warehouses had too many flat screen TVs in 2006,” said Liberty Property Trust’s Jim Mazzarelli (above, right), “But now if you look at our warehouses, they’re full of food and things that you can walk into a house and see five to ten of.

“The consumer is pushing, not for the technology, but the needed products. And that’s what’s causing this trend to go consistently up,” Jim continued. “There’s another two-three years of runway for this, minimum.”

This shift in the demands of e-commerce means that retailers are forced to constantly adjust to the logistics of fulfilling those demands. If they are used for more essential products, then shipping them quickly and efficiently becomes a need, not a want.

Most of the industrial product that has been traded in the Philadelphia region has been outside of the city, in hot spots like the Lehigh Valley and South Jersey, for the standard reasons— it's easier to find space, cheaper to lease or buy the land (in general)—but the increasing demand for e-commerce to be faster and faster may soon change that. 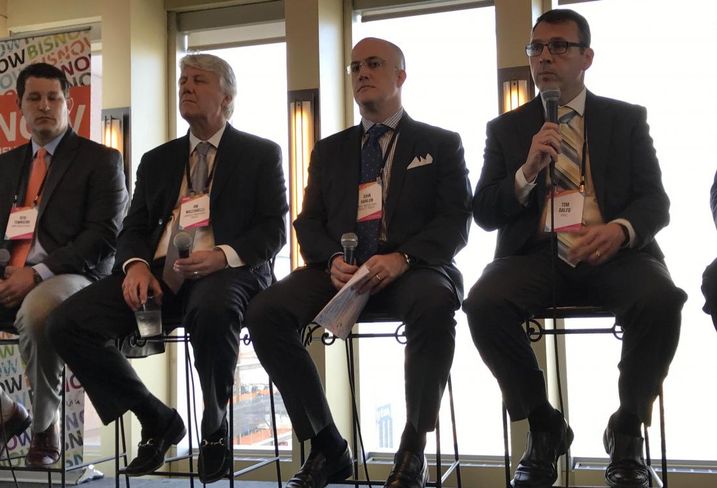 “The industrial sector in the city proper has lagged behind,” says PIDC’s Tom Dalfo (above, right). “We’re seeing inquiries for sites to do construction, and getting a lot more interest in product that exists in the city. Part of the issue is the speed of delivery, and if you’re going to deliver food, you can’t be 200 miles away. Getting close to a population center is becoming a bigger deal.”

Of course, any conversation about e-commerce has one retailer in particular’s name just waiting to be uttered: Amazon. It remains ahead of the curve on delivery speed, pricing and diversity, and it also buys more warehouse space than any other retailer in the region.

Amazon’s quest for increased efficiency has led them to eschew the use of the post office or FedEx in some areas, using Uber drivers to make as many as 40 deliveries just between the hours of 8:00am and noon, Reid says. It’s such a tight timeframe that it requires a “unique design to retrofit [industrial] buildings.”

“There’s some angst about what the long-term commitment of Amazon is to this delivery model,” Reid says.

Rendering buildings functionally obsolete on a quicker timeframe than normal, as Amazon threatens to do, is a cause for concern, but if they abandon a space, developers have not had a hard time filling the vacancies.

“If you build a building and it’s 75% occupied,” says Mike. “Someone’s going to pay you for that occupancy. Sellers aren’t concerned about vacancy today in the big box space, because they’re getting paid for it.” 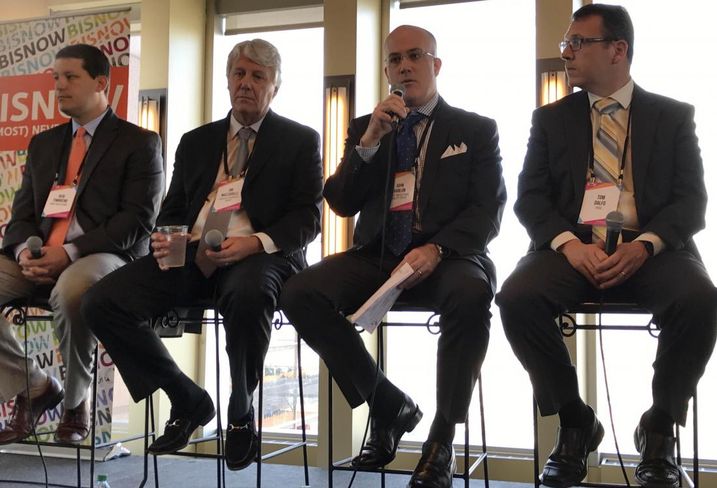 If there’s one major concern among industrial developers for the continued growth of the market, it’s the potential for the labor pool to dry up. Automation in warehouses isn’t developing as fast as the warehouses are being built, which means that fulfillment and distribution centers require lots of staffing—and not every town can provide it.

“Labor will be the big consolidator in this market,” Jim said.

A test case for this concern is Carlisle, a suburb of Harrisburg that borders the Pennsylvania Turnpike and I-81, making it perfect for distribution centers. The only problem is that it already has so many, Mattel was forced to find a different location because they didn’t believe they could staff the warehouses they wanted to buy there.

Of course, one town in central PA does not a crisis make, and other developers in the room cited the Elizabeth area of New Jersey as being ripe with potential labor. And then there’s the City of Philadelphia, which would require a “tremendous amount of construction” for labor to become scarce, according to Tom.

“Our depth of the labor pool in the city is very deep and wide,” Tom says. “We also have the infrastructure of transit that will get people to workplaces.”

In areas with a high concentration of industrial spaces, competition for labor will be very stiff—especially now, as retailers staff up for the holiday rush. Multiple panel members noted increased wages could be used as a powerful recruiting tool, which would be a welcome development for blue-collar workers, but not for developers already looking at compressed cap rates.

“At this time in the cycle,” Reid said, “it’s very difficult to find a project that has it all in terms of both labor and tax incentives.”

Despite those concerns, the Philadelphia region remains uniquely well-positioned in the current industrial market, if only because of its proximity to nearly a quarter of the country’s population.

“You have incredibly powerful consumer demands in this area,” Jim said, “so warehouses have to be there.”