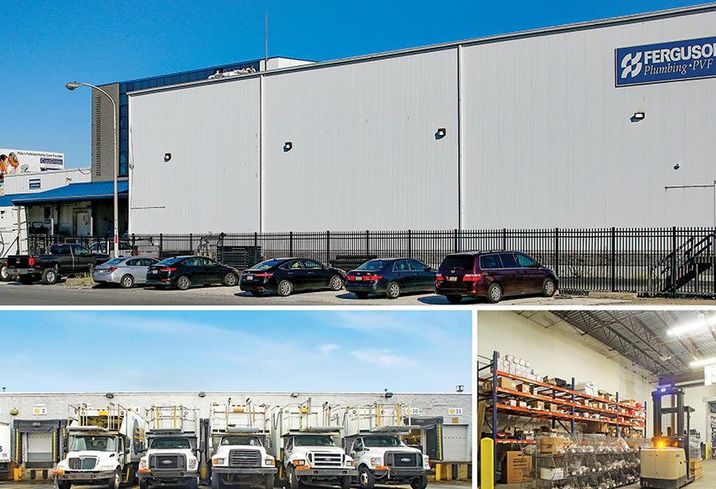 Mountain Development Corp. acquired an 86K SF light industrial building in Philadelphia from The Hampshire Cos. for $8.75M.

The South Philadelphia facility is on 5.7 acres at 3445-3535 South Front St. in a last-mile distribution facility near Interstates 95 and 76. It is home to Ferguson Enterprises, the largest U.S. distributor of plumbing supplies.

JLL Industrial Capital Markets, which represented Mountain Development, announced the closing of the sale of the fully leased property on Thursday.

In other news, the lending division of BEB Capital said this week that it closed on a $5.5M bridge loan that facilitated the purchase of a 283K SF industrial property in Philadelphia's Feltonville-Juniata Park section.

The two-building complex at 700 Ramona Ave. is the former home of Simkar Corp., a lighting company that went out of business last year. It is near Center City and is less than a mile from the Roosevelt Expressway, which connects to Interstates 76 and 95.

The property was sold by a bankruptcy trustee to a local investment group for $8.5M, according to BEB Capital. The undisclosed buyer plans to use some of the loan's proceeds to fund capital improvements.

The Philadelphia industrial market has weathered the coronavirus pandemic better than other commercial real estate markets thanks to growth in e-commerce and the region's proximity to New York City, among other reasons.