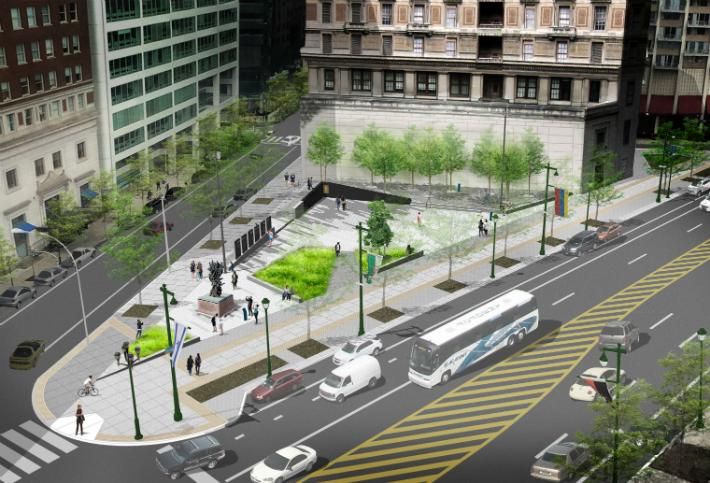 Courtesy: Philadelphia Holocaust Remembrance Foundation
A rendering of the planned expansion of the Holocaust memorial on the Ben Franklin Parkway

A group of high-level executives in Philadelphia commercial real estate have gotten together for a Holocaust memorial project on the Benjamin Franklin Parkway.

The project is more than half funded, according to a press release, and slated to break ground later this year. Among the design elements will be "Six Pillars" differentiating American values from Nazi principles, original train tracks from the Treblinka concentration camp and an original sycamore sapling from the Theresienstadt camp.

The CRE executives became involved through their association with Jewish Federation Real Estate, which has been organizing the project for years.

“I think it’s important for all of us, not just Jews, to be reminded of intolerance in society and our world," Korman said, clarifying that it is not a political issue.

"Something that happened not too long ago to an entire group of people for no good reason. We have to take a hard look at how we’re treating one another.”