A complete renovation of the 272k SF CrossPoint at Valley Forge is under way. (General Washington would be proud.) The project is a JV between the Davis Cos of Boston and MIM-Hayden Real Estate Funds of Conshohocken. 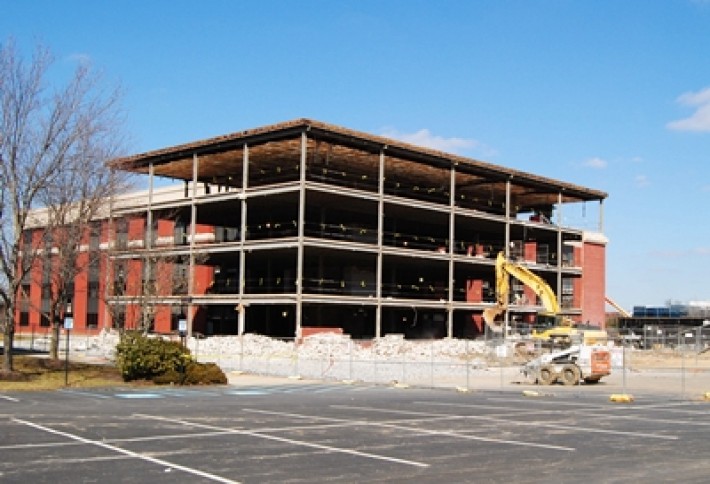 Davis Cos SVP Duncan Gilkey tells us that the asset is ripe for repositioning because it previously lacked identity.It also didn't have a grand two-story atrium lobby that will boast new glass elevators and finishes using recycled and sustainable materials, now under construction. 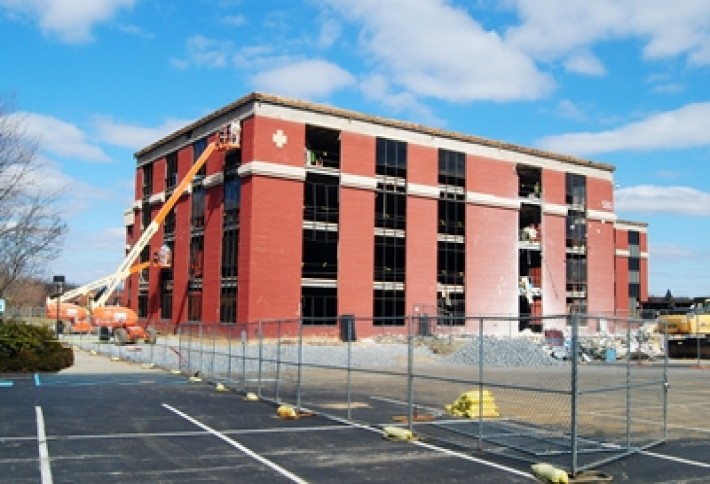 The redevelopmen t is also adding a 3,900 SF fitness center, shared conference facilities and a 6,100 SF cafe. (The cafe is significantly larger than the fitness center, that's gotta say something.) Teleflex, a medical device specialist, inked a deal to relocate its corporate HQ to 84k SF in the building. Duncan says that there are still highly visible signage opportunities for larger tenants in the building. 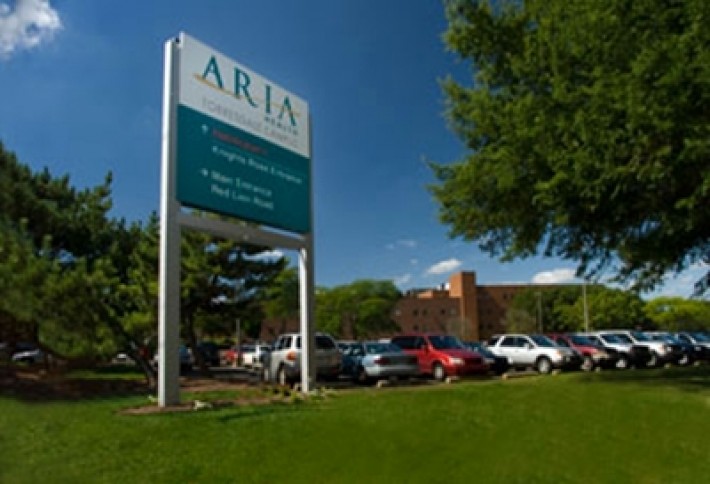 Work is under way on a $37.1M expansion at Aria Health-Torresdale in Philadelphia, slated to wrap in mid-2014. The project will expand the emergency department's capacity from 30 to 42 beds and will also create two separate entrances, one for walk-ins, another for patients arriving via ambulance. Other additions include a separate waiting area for patients and their families awaiting test results, a new CT scanner, and two traditional radiology rooms. Aria Health is a major healthcare provider in Northeast Philadelphia and Lower Bucks County; Aria Health-Torresdale is a 258-bed hospital.

The Delaware River Waterfront Corp (DRWC) picked Hargreaves Associates to perform preliminary design and engineering for a redevelopment plan for Penn's Landing, including the creation of a cap over I-95 and Columbus Blvd in Old City. DRWC received entries from 15 international design teams, and unanimously selected Hargreaves from the four finalist teams interviewed. San Francisco-based Hargreaves has worked on, among other projects, London's Queen Elizabeth Olympic Park.

Liberty Property Trust plans to break ground later this spring on two new industrial buildings on a 17-acre site in Hanover, Md. The buildings, which will be built in tandem, will offer about 243.5k SF by the end of the 2013. 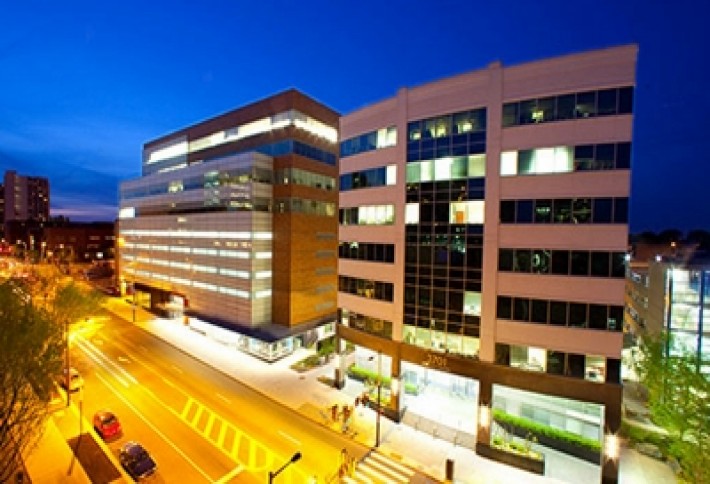 National Pump & Compressor leased 12.8k SF in the Creekwood Corporate Center at 900 W Basin Rd in New Castle, Del., which is owned by Harvey, Hanna & Associates. The new facility will assist in the company's disaster-relief initiative (it helped dry out New York City's subways last year), as well as serve industrial, construction, and municipal industries in the Greater Philadelphia area. 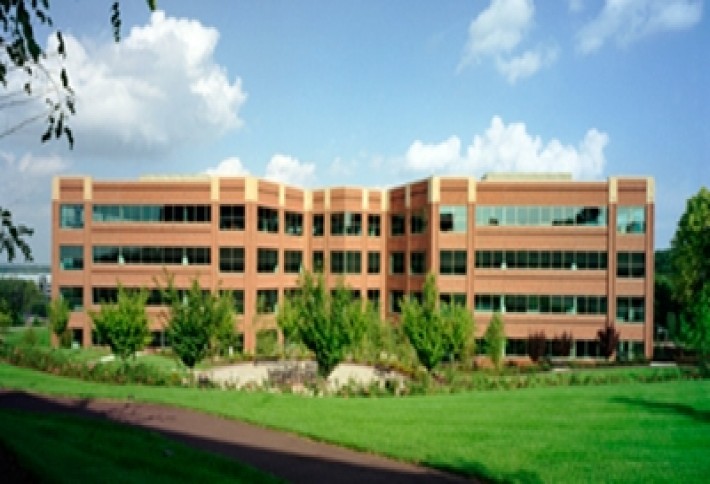 TA Associates Realty bought two office buildings in the Providence Corporate Center in Collegeville for $33M from Equus Capital Partners. The buildings, Highview I and Highview II, measure a total of 183k SF. Equus, formerly BPG Properties, developed the two buildings in 2003 as part of a build-to-suit lease deal for 100% of the space with Wyeth Pharmaceuticals. Wyeth left in 2010 after the company was acquired by Pfizer. Later that year, IMS Healthcare back-filled 87% of the former Pfizer space. JLL's Jim Vesey and Doug Rodio repped the seller.

Mount Pocono Plaza, a 207.4k SF community center in Mount Pocono, traded for $12M. Marcus & Millichap first VP Brad Nathanson repped the seller, a Delaware-based private owner, and the buyer, a JV between Heidenberg Properties and Blumberg & Freilich Equities. The property is co-anchored by an 86.4k SF Kmart and a 54.3k SF Weis Markets that take up 68% of the space. Other tenants include Rainbow Apparel, Rent-A-Center, Payless Shoe Source, Wells Fargo and McDonald's. 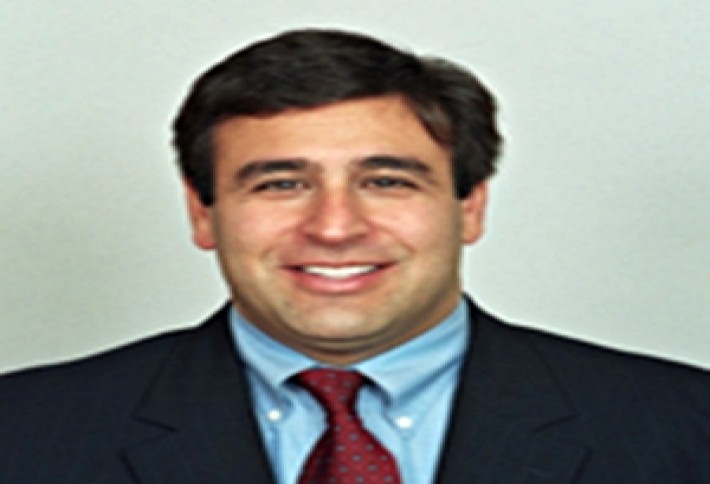 Post Brothers hired Harlan Krichman as COO. Previously, he was prez and COO of Resource Residential, a national real estate property management company. In that capacity, he brought management in-house for more than 20,000 apartment units in 65 properties in 18 states.

The person who doesn't scatter the morning dew will not comb gray hairs. Send ideas and suggestions to dees.stribling@bisnow.com.