The headquarters of Taco Bell will remain in Irvine.

Yum Brands, the parent company of the Tex-Mex fast-food restaurant with more than 7,000 restaurants in 28 countries, has renewed its lease for 11 years with landlord LBA Realty to occupy a five-story building totaling 180K SF at 1 Glen Bell Way in Irvine.

The financial terms of the deal were not disclosed. Cushman & Wakefield's Irvine office handled the lease negotiations. 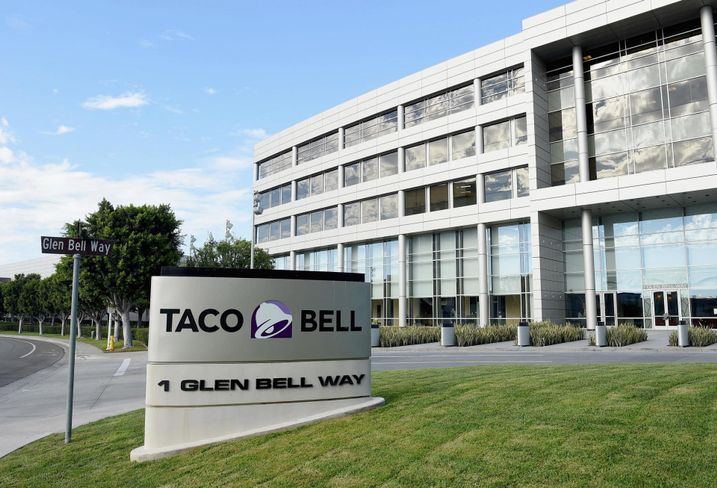 "As a brand with Southern California in our DNA, we're excited to remain in Irvine and continue to grow where we have deep roots," Taco Bell Chief People Officer Frank Tucker said in a news release. "The unrivaled talent and culture at our Restaurant Support Center makes this a great place to work and will take Taco Bell to new heights right where we started."

Originally founded in 1962 by Glen Bell, Taco Bell first set roots in Palos Verdes before moving its corporate office to Irvine some 40 years ago. Taco Bell moved into its current headquarters building at the Irvine Spectrum business complex in 2010.

About 800 employees work at Taco Bell's headquarters. The company will remain in that building until 2030, according to a company news release.

"We are pleased Taco Bell has decided to make this long-term commitment to remain at 1 Glen Bell Way and we look forward to continuing to partner with them to create a great environment for their employees and visitors," LBA Realty principal Brad Neglia said.

Taco Bell's headquarters is a well-known haven for Taco bell fanatics and foodies.

Aside from employee amenities such as a day care, a fitness center and car wash services, the headquarters also has a test kitchen where employees, social media influencers and invited guests can test out new and innovative food, a gift shop selling Taco Bell merchandise and a gaming room.

With the signing of the lease, Taco Bell also plans to move forward in relocating the original Taco Bell, dubbed "Numero Uno," to its Irvine headquarters.