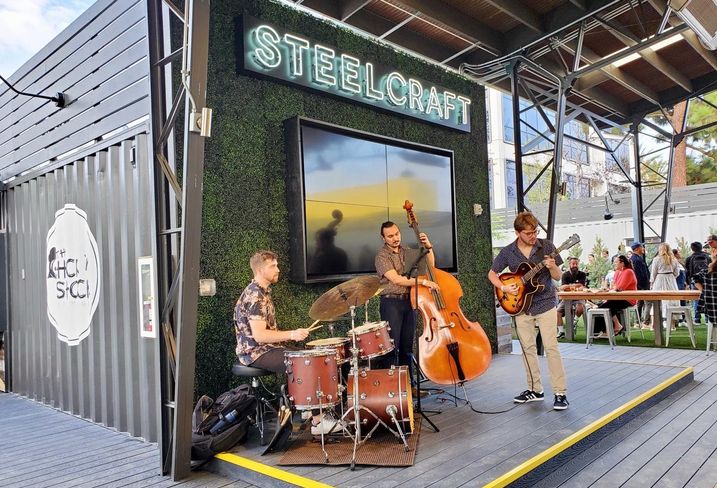 Hundreds lined up for the opening of Orange County's latest food hall.

Local officials celebrated the development as part of Garden Grove's plan to reimagine its downtown area.

"Talk about a 'wow!' moment, Garden Grove is over-the-top thrilled, excited and overjoyed to see SteelCraft add its one-of-a-kind vibe to our reimagined downtown," Garden Grove Mayor Steve Jones said during a press event Thursday ahead of the grand opening later that day.

Seven food halls have opened in Orange County since 2014, including The Anaheim Packing District in Anaheim, Lot 579 at Pacific City in Huntington Beach and 4th Street Market in Santa Ana.

Vietnamese businessman Frank Jao is planning to open a 20K SF food hall in the Little Saigon area of Westminster, and a JV of Steelwave and Invesco Real Estate along with LAB Holdings are developing a 52K SF food hall and retail space at The Plant in Costa Mesa. 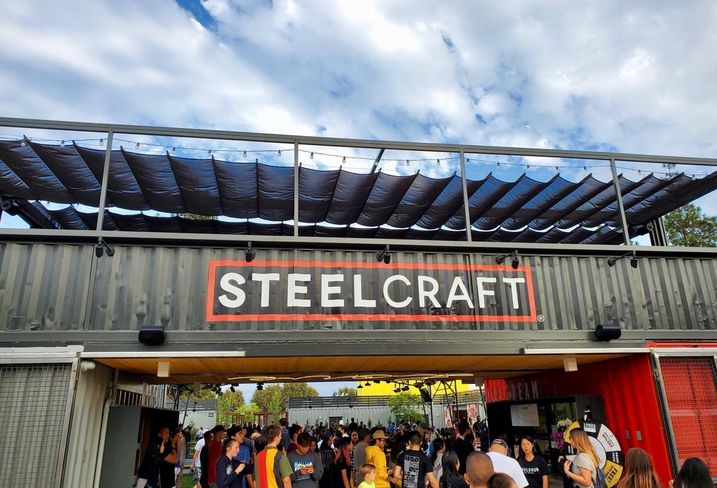 The company opened a 15K SF food hall in Bellflower in June. SteelCraft's first location opened in 2017 in the Bixby Knolls neighborhood of Long Beach.

The Garden Grove food hall is 20K SF made up of repurposed shipping containers that are woven together.

During the grand opening, hundreds of people lined up for free prizes, discounted food coupons and to check out the new eateries inside the steel development.