Why A Record $1.4B In Sales Volume Is Just The Beginning For OC's Booming Hotel Market

Orange County’s hospitality industry enjoyed a banner year in 2015, with a boom in hotel development and record-setting sales volume and dollar value hitting $1.4B. That's according to Atlas Hospitality president Alan Reay, who is among the speakers at our Orange County State of the Market event on Feb. 18 at 2600 Michelson in Irvine.

Alan (here at a Kansas City Chiefs game) says among those deals was the 250-room Montage Laguna Beach (below), which changed hands twice in the same year. The first sale to Chicago-based Strategic Hotels & Resorts Inc in January 2015 was for $360M, or $1.4M/room, making it the biggest hotel sale in California’s history. Blackstone Group acquired it, along with the Ritz-Carlton Laguna Niguel, when it purchased strategic Hotels & Resorts in September for $3.93B. 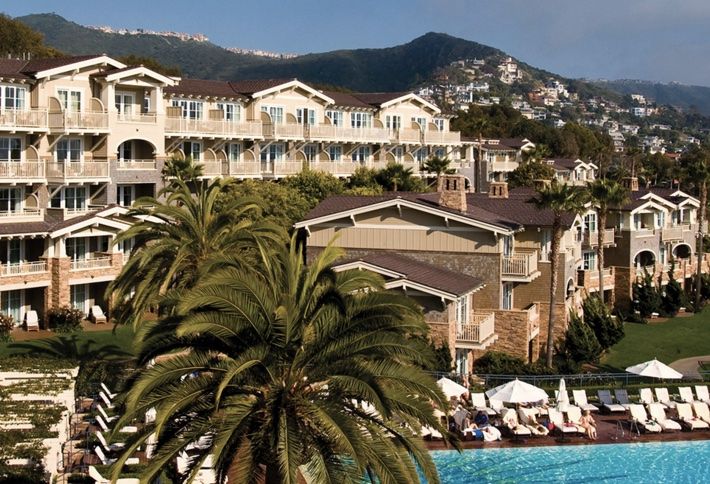 Alan tells us with the high price of existing projects, new development makes sense, as construction financing is readily available for well-located hotels, noting high occupancy is putting upward pressure on room rates. He expects development to continue for another 24 to 36 months before slowing down. 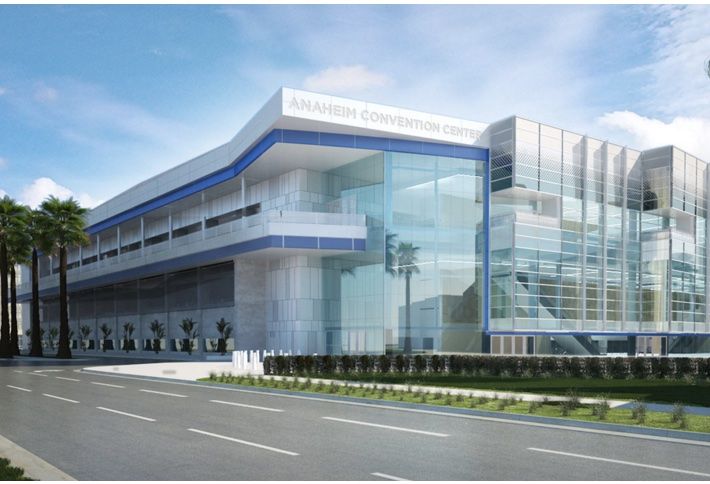 Alan says OC’s overall occupancy reached 80% in 2015 and was even higher in some submarkets like Huntington Beach, where occupancy is 83% and the average room rate $249. The average room rate in Anaheim was $167 and in beach communities it was $209. The majority of new hotel projects are high-end and limited-service hotels, which Alan says require less land than luxury projects. Most new hotels are in four submarkets: Anaheim, Irvine, John Wayne Airport and Huntington Beach.

Hotel developers are anticipating an influx of families and convention goers to the city’s entertainment district, where the Anaheim Convention Center and Disneyland are located, and are building hotels to accommodate these types of travelers. While Disney is building a Stars Wars theme park within Disneyland, the city is underway on a 200k SF addition (pictured) at the convention center, scheduled for completion in 2017. 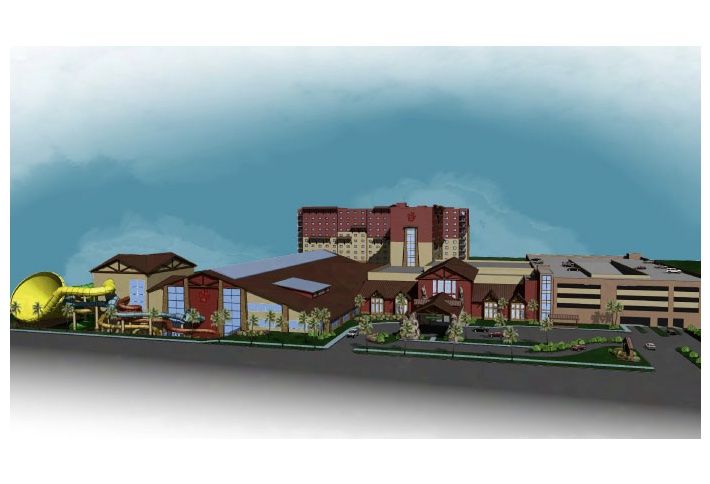 The $300M, family-oriented Great Wolf Lodge Southern California in nearby Garden Grove is, in fact, the largest hotel under construction in California. Rising on a 12-acre site on Harbor Boulevard, just south of Disneyland, the 600-room hotel includes 18k SF retail and 30k SF conference center features a 100k SF indoor water park. This woodland-themed inn, which will open in February 2016, is JV of Great Wolf Resorts and Colorado developer McWhinney.

Other limited-service hotels attractive to families on a budget and business travelers opened in 2015 or are rising in the area, including a Marriot Courtyard and Residence Inn, Holiday Inn Express & Suites, Hilton’s Homewood Suites, and a Hyatt House. Additionally, Good Hope International Hotel, a subsidiary of Hong Kong-based Wincome Group, plans to redevelop and rebrand the Anaheim Plaza Hotel & Suites at 1700 S Harbor Blvd at the entrance to Disneyland, to a 580-room, $160M luxury hotel, with 25,600 SF of retail and 50k SF of meeting space. 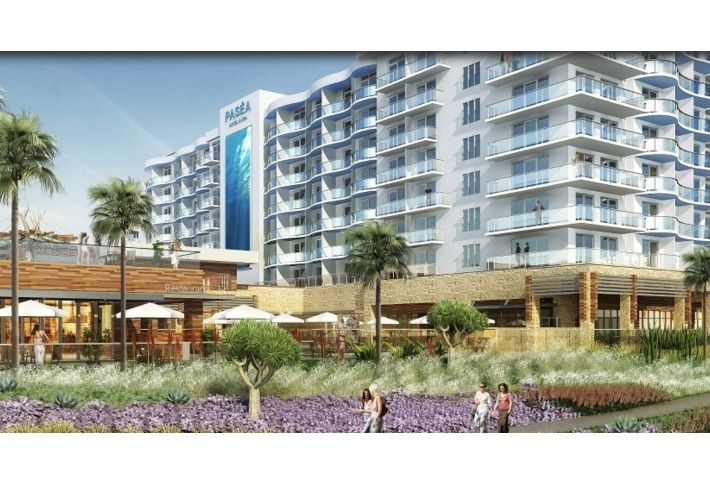 Among OC’s new hotels is the 250-room Paséa Hotel & Spa (pictured), a JV of locally based Pacific Hospitality Group and RD Olson Development, which will open in June 2016. This very high-end beachfront hotel is on a site across the street from the Huntington Beach Pier.

Irvine is getting a Hampton Inn & Suites; an AC Hotel, a new luxury European-inspired boutique brand by Marriot; and a $100M, 15-story, 271-room Marriot by R.D. Olson opening near Irvine Spectrum in 2017.

Hear more about the booming hospitality market at our Orange County State of the Market event on Feb. 18 at 2600 Michelson in Irvine, starting at 8 am. Sign up here.