Anaheim is buzzing, and Disneyland's newest attraction is pulling in visitors.

On a recent day, the Anaheim Packing District was packed with visitors. Some of them appeared to have just come from Disneyland. One was wearing a Little Green Men alien hat, another a BB-8 Mickey Mouse Ear hat.

Driving down Harbor and Katella boulevards, a main artery in the Anaheim Resort District, tourists are seen walking out of hotels, crossing the street wearing Star Wars garb and Mickey Mouse ears as they head toward Disneyland's entrance. 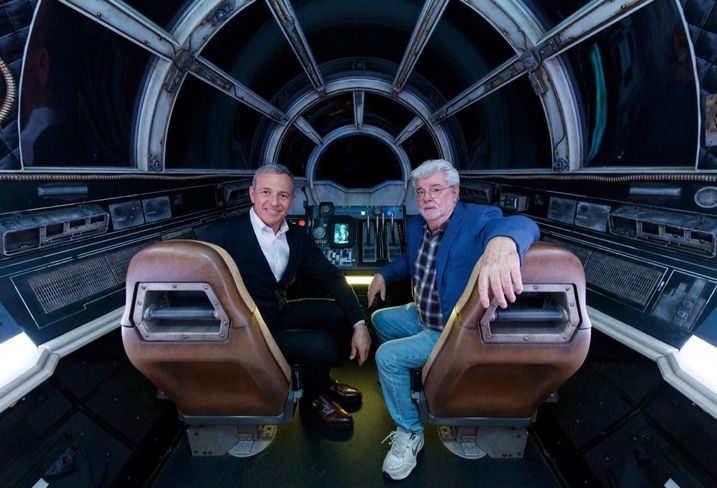 All indications are the glut of tourists invading the city is a sign of things to come this summer and beyond because the galaxy far, far away has finally arrived in Anaheim.

The tourism and economic impact of the new land could be an economic boon for the businesses around the Disneyland Resort area and throughout the greater Orange and Los Angeles counties.

In Anaheim, hotel occupancy is up, streets are packed and restaurants around the resort are full, Anaheim Mayor Harry Sidhu told Bisnow.

"It's huge," Sidhu said of Galaxy's Edge impact. "I think there's going to be a 30% increase in bed tax in Anaheim. ... The hotels are all booked up in the next two months. We are running full on hotel occupancy right now."

Disneyland Resort President Josh D’Amaro told the Orange County Register that he expects the new land to pump more than $14B in revenue into the local economy over the next four decades from visitors who come to spend in the region.

“We are thrilled with initial feedback from guests visiting Star Wars: Galaxy’s Edge in the opening days," Disneyland spokeswoman Liz Jaeger wrote in an email to Bisnow. "This investment in Disneyland Resort has and will continue to drive economic growth and job creation in Anaheim, while strengthening our commitment to our community and the greater region.” 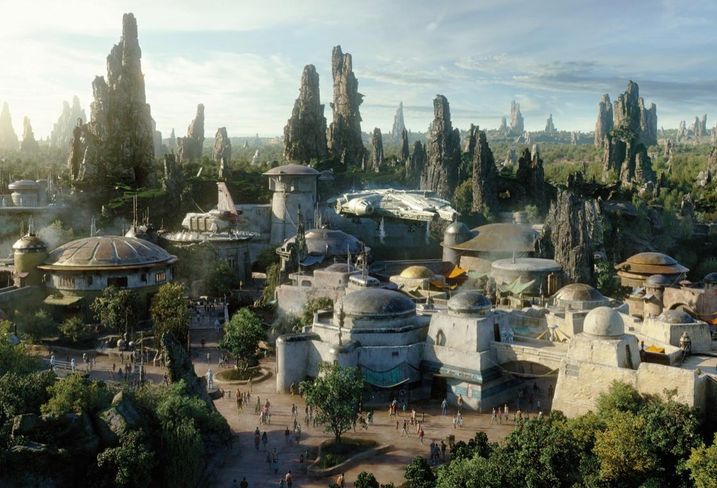 Disney began construction on the more than $1B project in 2016. The land is the single largest expansion since the theme park opened in 1955. The company is opening a similar Star Wars land in its Hollywood Studios theme park at Walt Disney World in Orlando later this year.

At Galaxy's Edge, visitors are transported to a settlement called the Black Spire Outpost on the planet Batuu, which is part of the Star Wars universe. Inside the Black Spire, visitors can pilot Hans Solo's Millennium Falcon, eat and drink at a galactic cantina and make custom light sabers that cost $200.

Disney cast members walk around as stormtroopers, villagers, rebels and other characters like a living, breathing village from a Star Wars film. A second major attraction, Star Wars: Rise of the Resistance, an enclosed ride that will take visitors through a battle between the Resistance and the First Order, is slated for later this year.

The reservation system will end Monday, meaning the land will become available to anyone who buys a ticket to Disneyland.

Former Disney Imagineer and freelance writer covering the theme park industry Mark Eades said with the reservation system lifted for now he expects to see more people come to Anaheim to check out the new land.

Eades, who has been covering the opening of the land, said he has noticed larger crowds inside and outside of the Disneyland Resort this past month since the land opened on May 31. 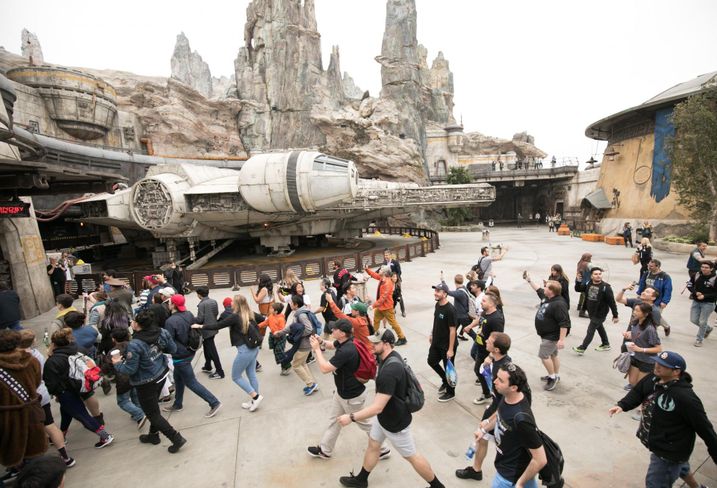 It is unclear exactly how many more people are going to come to Anaheim to check out Galaxy's Edge.

"The future is bright for Anaheim; with the opening of Star Wars: Galaxy's Edge, and many more development projects in the works, we anticipate Anaheim tourism to positively contribute to the economic vitality of the region for a long time to come,'' Burress told City News Service.

One thing is clear. Hotel rates are already up.

To stay at any of the three Disneyland Resort hotel properties next week when Galaxy's Edge is available for the general ticket buyer, it is going to cost more than $600 a night, according to the Disneyland website. That price is not including one-day, one-park ticket prices, which could cost as much as $149. A one day visit to both theme parks — Disneyland and Disney California Adventure — is $199.

Some of the nightly rates for the motels across the street start at $149 for a weekday stay. The average room rate in Anaheim is $178, according to Visit Anaheim.

With the city having a 15% transit occupancy tax, or bed tax, the higher the room rate, the more money the city will earn that goes into Anaheim's general fund.

Anaheim spokeswoman Lauren Gold told Bisnow that the city believes the opening of Galaxy’s Edge is going to attract millions of new visitors to Anaheim.

When Cars Land opened at Disney California Adventure in 2012, the city saw an additional $60M in revenue from taxes that came from visitors coming into the resort area in five years.

"This was money we didn't have before," Gold said. "The money went to better parks, libraries and other services."

Anaheim and Anaheim businesses will profit the most, but the surrounding Orange County and Los Angeles region as a whole will also benefit from the influx of people who have come here to visit Galaxy's Edge, Gold said.

"This will benefit everybody," Gold said. "[Galaxy's Edge] will have an amazing ripple effect that will benefit a lot of groups and businesses."